You can still get Cyber Monday savings on these security cameras, video doorbells, and smart locks
Posted: 6:59 AM, Dec 06, 2019
By: Consumer Reports 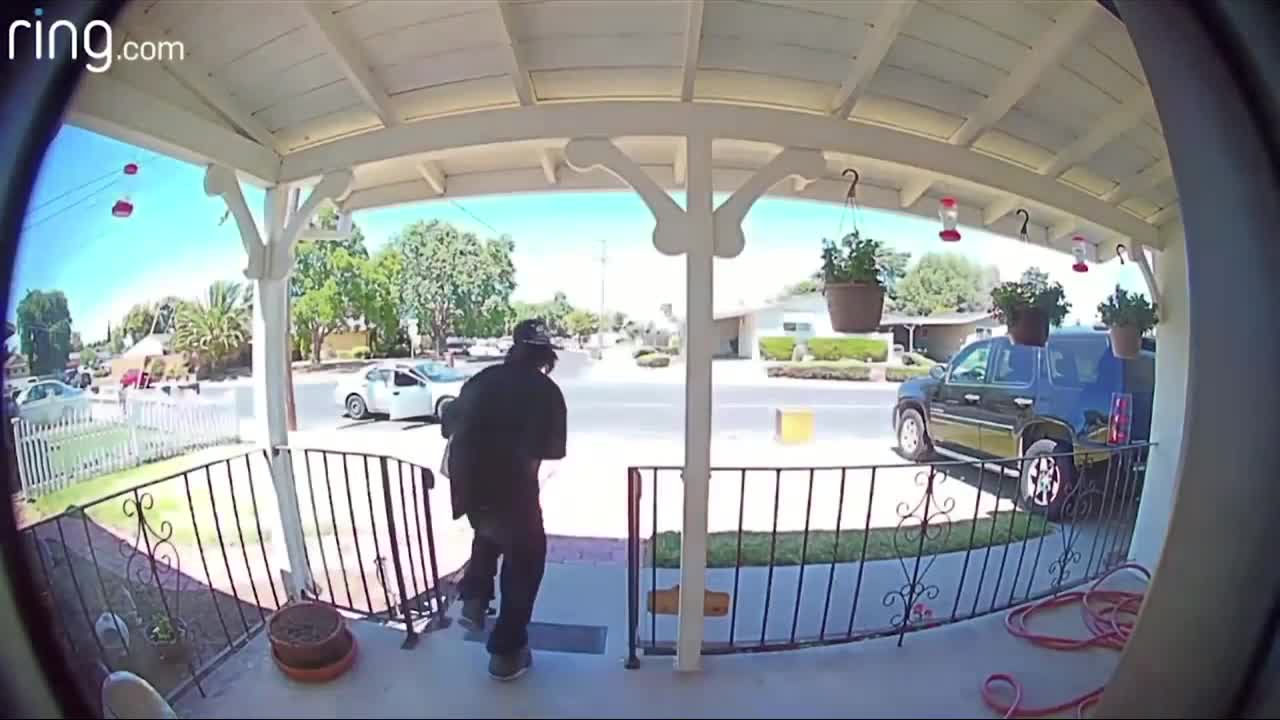 If you’re looking to give someone a smart home device this holiday season—or if you’re hoping to snag a low price on a new smart lock or video doorbell for your own home—you still have time to take advantage of the best deals. For the most part, the discounts we saw on Black Friday have simply rolled right over into Cyber Week.

Our experts here at Consumer Reports have scoured dozens of deals from Amazon, Best Buy, Costco, Home Depot, Lowe’s, Target, Walmart, and more to find you the best Cyber Week deals on smart home products that do well in our ratings.
Below, you’ll see the best Cyber Week sales we’ve found so far on smart locks, security cameras, DIY security systems, and video doorbells. CR members can click on each model name to see detailed ratings and reviews. The devices are listed in alphabetical order. For more Cyber Week deals, check out our roundup of the best robotic vacuum deals .

Abode Essentials Starter Kit
The deal: $159 for a starter kit at Amazon and Abode , $199 to $229 for a starter kit with a one-year subscription at Abode
CR's test results: Abode Essentials Starter Kit
This Abode home security system is a great DIY option. It rates Excellent for security essentials in our tests and doubles as a smart home hub for controlling other connected products, such as lights and thermostats. The starter kit usually lists for $199. You can get it for $40 off or purchase it for $199 with one year of cellular backup (usually $80) or for $229 with one year of cellular backup and professional monitoring (usually $200). This deal ends Dec. 3.

August Smart Lock Pro + Connect Bundle
The deal: $160 at Amazon
CR's test results: August Smart Lock Pro
The August Smart Lock Pro is packed with features, including electronic keys, remote control, remote alerts, and voice control (compatible with Amazon Alexa, Apple’s Siri, and Google Assistant). It comes with the August Connect WiFi adapter, $79, to connect the lock to the internet. The bundle usually sells for $280, netting you a savings of $120.

Canary Flex Security Camera
The deal: $129 at Amazon
CR’s test results: Canary Flex
At almost $70 off list price, the Canary Flex is a decent camera for the money. Its video quality is just okay, but it receives a Very Good rating for data privacy. It doesn’t offer as many smart features as competing cameras, though. It’s unclear when this deal will end.

Google Nest Hello Video Doorbell
The deal: $140 with a six-month video storage plan at Costco ; $149 at Bed Bath & Beyond , Dell , Lowe’s , Office Max & Office Depot , and Target ; $228 with a free Google Nest Hub at Home Depot
CR’s test results: Google Nest Hello
The Google Nest Hello Video Doorbell is one of the best in our ratings, with terrific video quality and fast response time for motion alerts and doorbell button presses. It usually costs $229. The best deal is at Costco, which is selling the doorbell for $140 with a free six-month subscription to the Nest Aware five-day video storage plan (worth $30), but it's currently out of stock and we're not sure it will be available again at this price. A number of other retailers are also selling it for $149 without a subscription. Home Depot isn’t really discounting the doorbell, but it is including a free Google Nest Hub smart display worth $129. With the Nest Hub, you can use Google Assistant to see and speak with guests from the Hub’s screen.

Google Nest x Yale Smart Lock
The deal: $211 at Amazon
CR’s test results: Google Nest x Yale
The Google Nest x Yale is a fantastic smart lock, receiving an Excellent rating in our drilling test and offering a ton of smart features, such as electronic keys you can create for guests and a tamper alarm. Amazon is selling the brass version of this lock for $211, which is about $9 below competing deals from other retailers and $69 below list price. Other finishes will cost you $219 at Amazon.

Ring Stick Up Cam Battery (2nd Gen)
The deal: $250 for a three-pack at Costco
CR’s test results: Ring Stick Up Cam (2nd gen)
Amazon just released a newer version of this camera, but the second-generation Ring Stick Up Cam is still worth considering. It receives an Excellent rating for response time and offers decent video quality, too. Costco is selling a three-pack of the battery-powered version of the camera for $250, which is a whopping $290 off the original list price and $50 less than buying three of the newer model from Amazon.

SimpliSafe Home Security System
The deal: $140 for an 11-piece kit at Costco , 40 percent off all systems at SimpliSafe.com
CR’s test results: SimpliSafe Home Security System
The SimpliSafe security system is a top performer in our DIY security system ratings, with a solid score for security essentials and an Excellent rating for ease of setup. A 6-piece SimpliSafe starter kit lists for $270, but Costco is offering an 11-piece starter kit (with six contact sensors for doors and windows) for $140; you’re getting almost double the components for half the price. If you’re not a Costco member, you can still get 40 percent off all new systems at SimpliSafe's website, and it includes a free SimpliCam worth $99. The SimpliSafe.com deal ends Dec. 3 and the Costco deal ends Dec. 31.

TP-Link Kasa Cam
The deal: $60 at Amazon and Best Buy
CR’s test results: TP-Link Kasa Cam
The TP-Link Kasa Cam offers fantastic performance, with exceptional scores for video quality and response time, as well as a Very Good rating for data privacy. It lists for $80, which means the savings here aren’t huge, but you’ll be hard-pressed to find a competing camera this good at such a low price. It’s unclear when these deals will end.