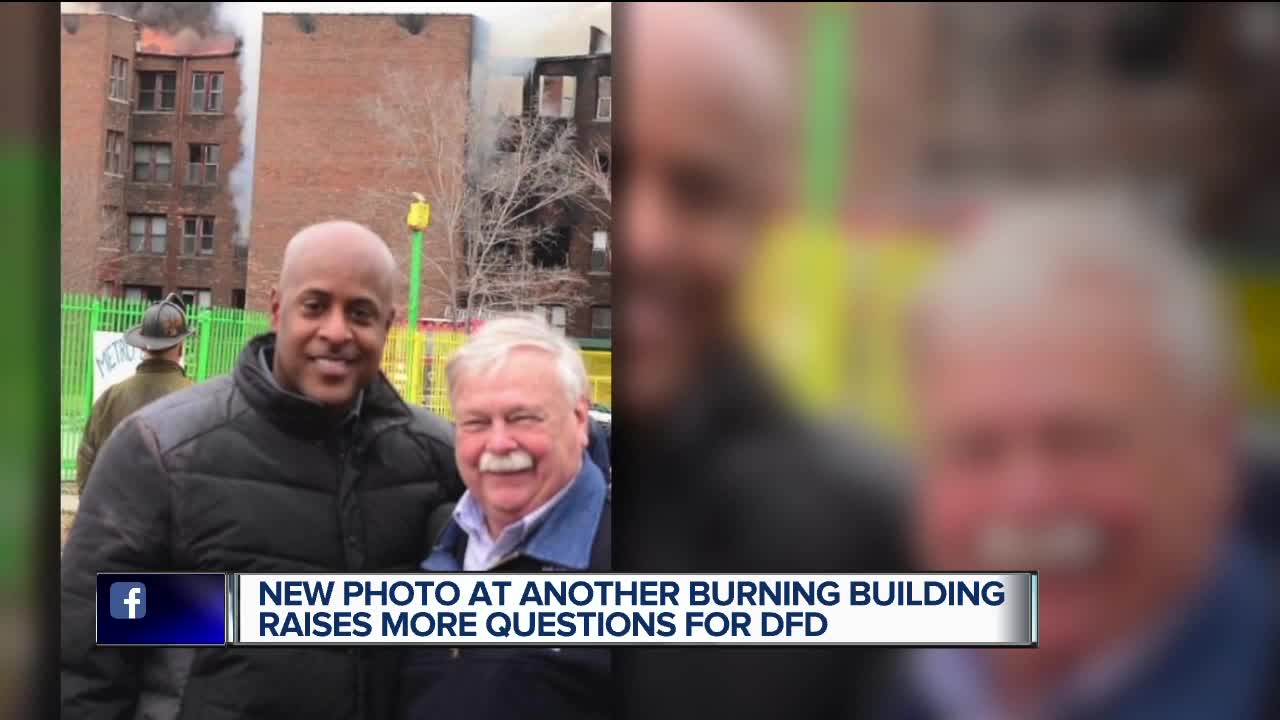 Detroit Fire Department says photos are embarrassing to department and disciplinary action will be taken. 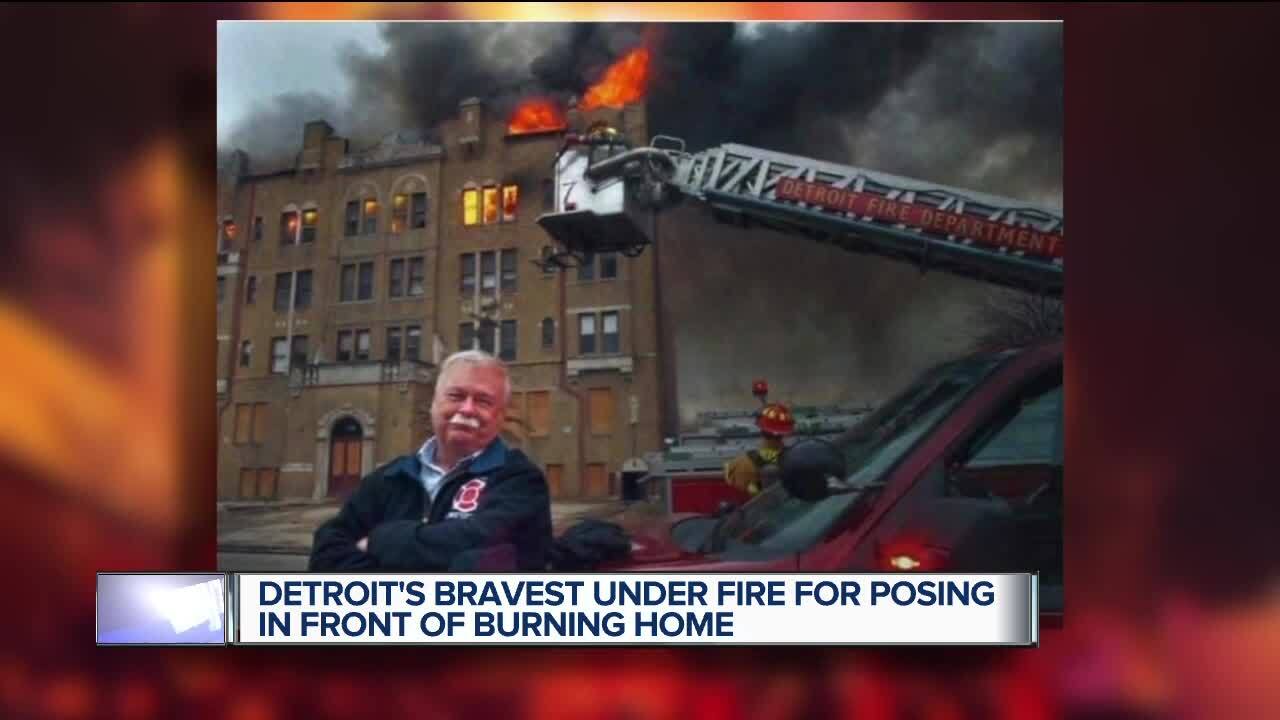 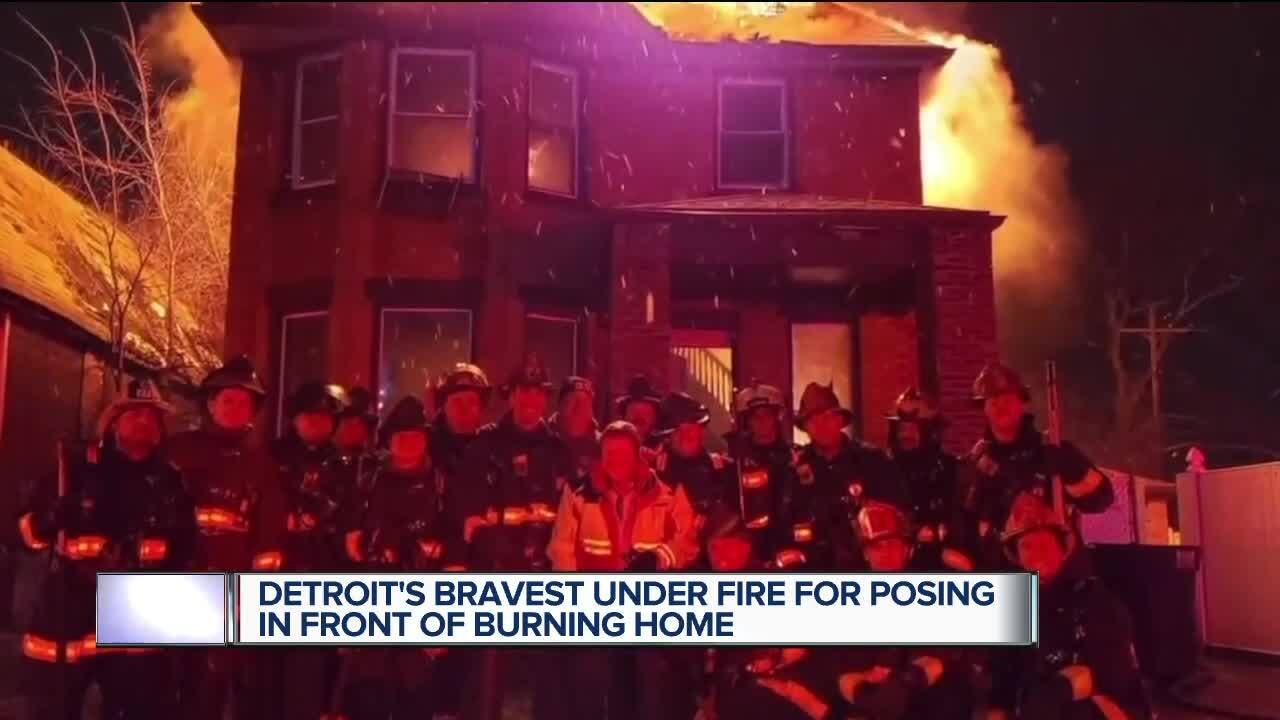 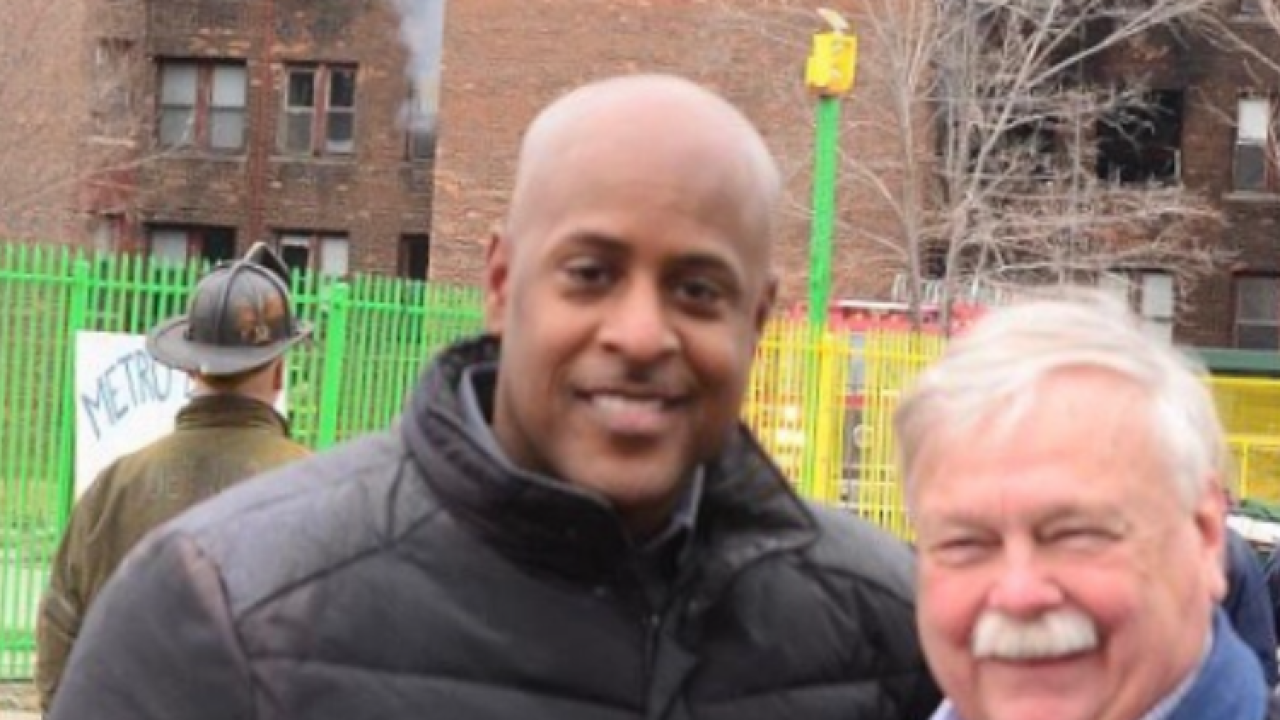 DETROIT (WXYZ) — The first photo went around the world showing several Detroit Firefighters posing for a picture in front of a burning house on New Years Eve.

A social media post showing both photos has gone viral. It poses questions about the fire department's motives. It also suggests that Fornell is the one investigating and disciplining the first group of firefighters for taking their photo and putting it on social media.

The house that burned on South Green Street on New Year's Eve was owned by the Higginbotham family.

"This is not a good look for them," Deontae Higginbotham said. "They are called firefighters for a reason to put out fires not to take selfies."

The Higginbotham family has owned the house for decades and was in the process of renovating it.

The first explanation from Detroit was that their house was vacant. But that has since changed and the case was investigated. The investigation, according to Detroit Fire Commissioner Eric Jones, is complete and disciplinary action will be taken. However, the commissioner said they will not disclose the actions taken against firefighters become its a "personnel matter." Read the full statement below.

This momentary lapse in judgment brought great embarrassment to our department and our great city. For this poor judgment, all involved will be held accountable. Because this is a personnel matter, I cannot discuss details of the discipline. However, supervisors and above will receive a greater degree of disciplinary accountability. I am satisfied that everyone involved has shown the appropriate level of regret for this inappropriate behavior.

The Detroit Fire Department will continue to provide excellent, rapid service to the citizens of Detroit.

7 Action News contacted Deputy Fire Commissioner Dave Fornell. He says his picture was taken in 2015 before he was an employee with the city.

Detroit officials will not say what disciplinary action has been taken in any of the cases. Sources tell 7 Action News the word from Fire Commissioner Eric Jones is simple – don't do it again.

However, the whole controversy may now go to the top of Detroit Fire after 7 Action News also obtained a picture of Fire Commissioner Eric Jones posing with Deputy Commissioner Dave Fornell in front of a burning building. Fornell told 7 Action News another picture of him was taken in 2015 before he was employed by the city.

Jones was appointed by Mayor Mike Duggan in October of 2015. Sources say this picture of Jones and Fornell was taken in January of 2016. We have asked city officials for comment.