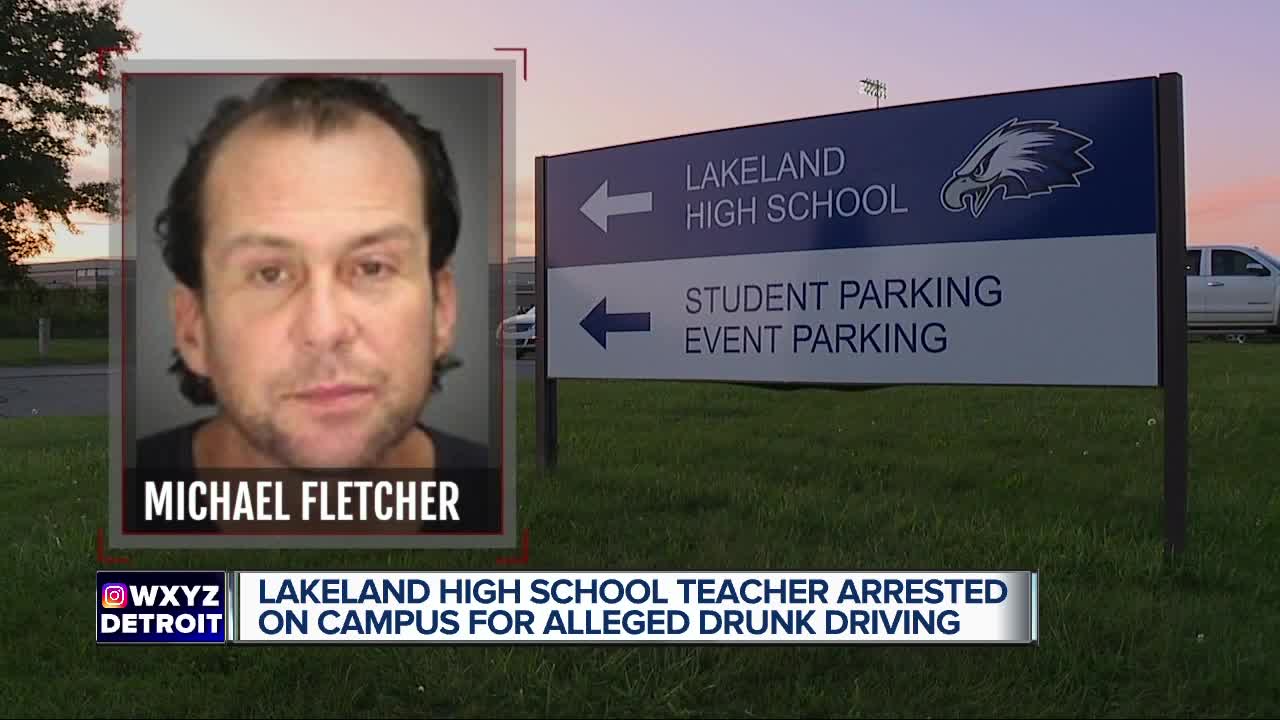 A Lakeland High School teacher was taken into custody at the White Lake Township after, police say, a Breathalyzer showed his blood alcohol limit was more than four times the legal limit.

Police say a school resource officer investigated the unnamed teacher around 8:00 a.m. because administrators suspected he was intoxicated. The Breathalyzer determined he had a blood alcohol level of .354%.

DEVELOPING: Lakeland High teacher Michael Fletcher is accused of coming to work DRUNK at more than 4 TIMES the legal alcohol limit. Police say he ADMITTED to driving to work. Parents tell us he broke the trust of students, who expected better. ⁦@wxyzdetroit⁩ #10PM #11PM pic.twitter.com/MNAqLL59xX

Officers say the teacher from West Bloomfield admitted to consuming alcohol before driving to school. He is expected to be arraigned on Thursday on charges of operating while intoxicated with a high blood-alcohol content and for driving with a suspended license.

The school's principal sent the following statement to parents:

I wanted to make you aware that a Lakeland staff member was escorted by the police from LHS today as a result of legal issues unrelated to students. A shelter in place was called so that students did not witness the situation. The staff member will not be on campus while this matter is pending. I cannot share any additional information at this time.