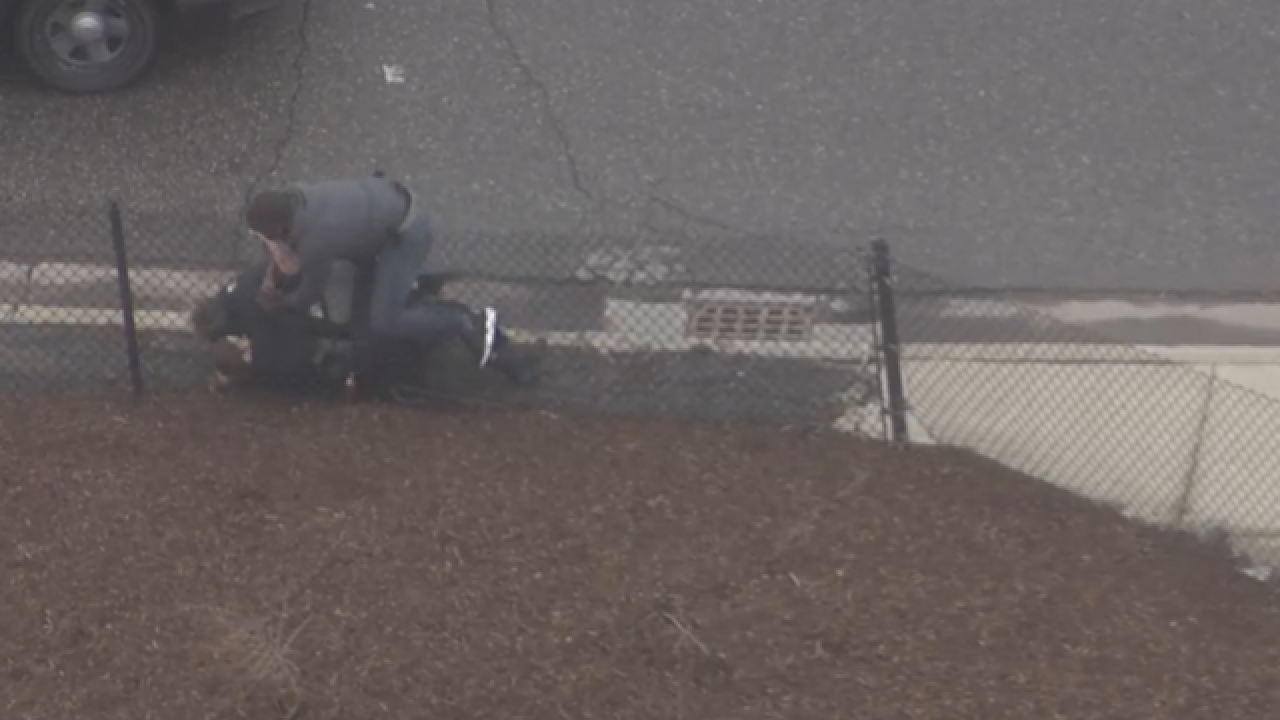 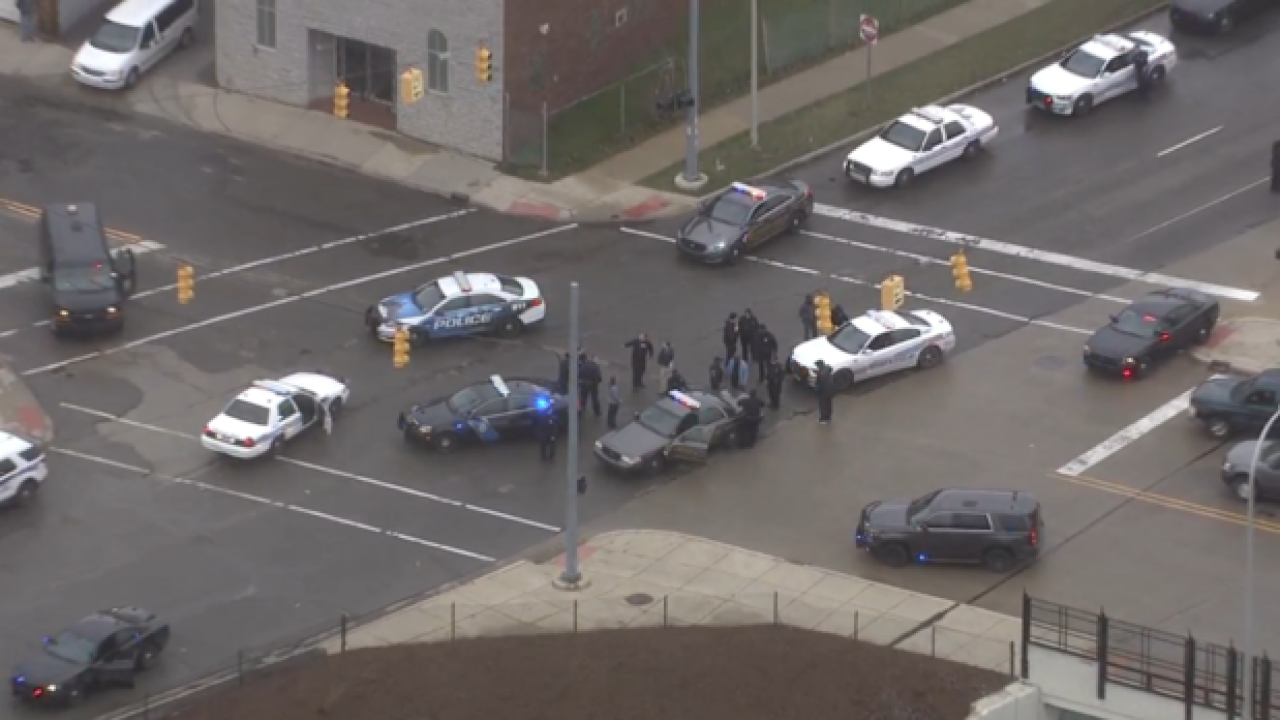 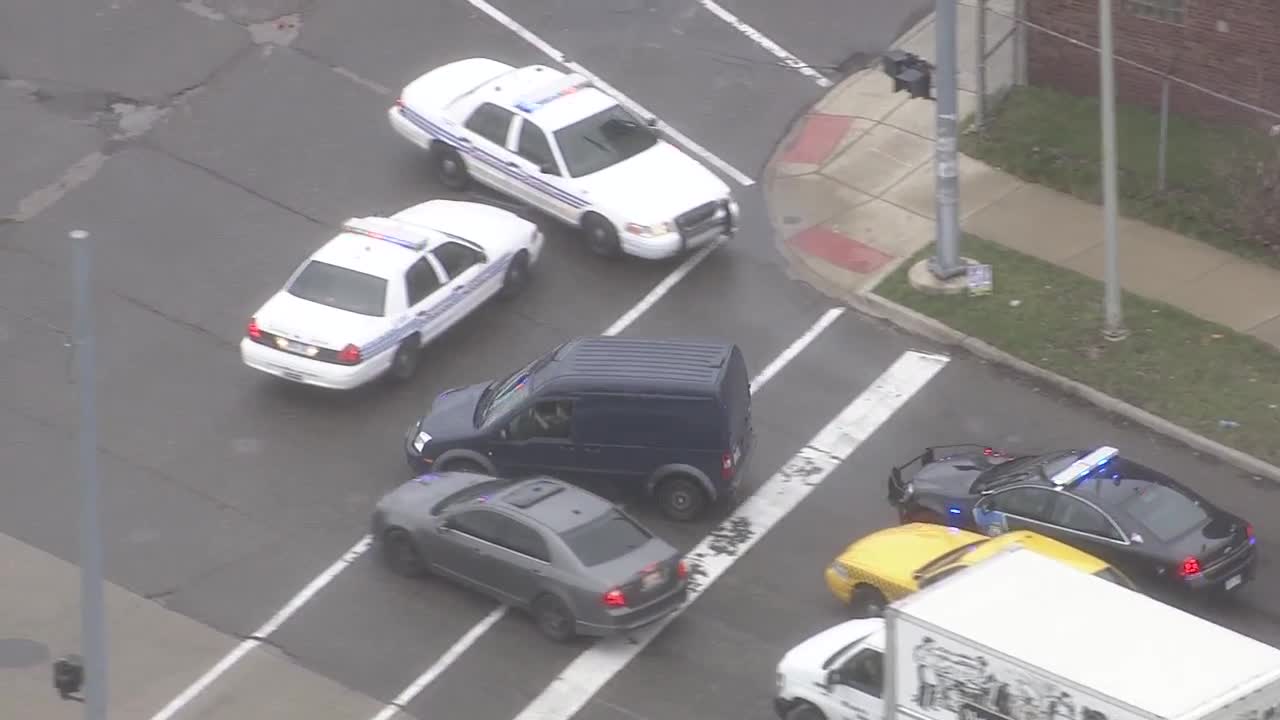 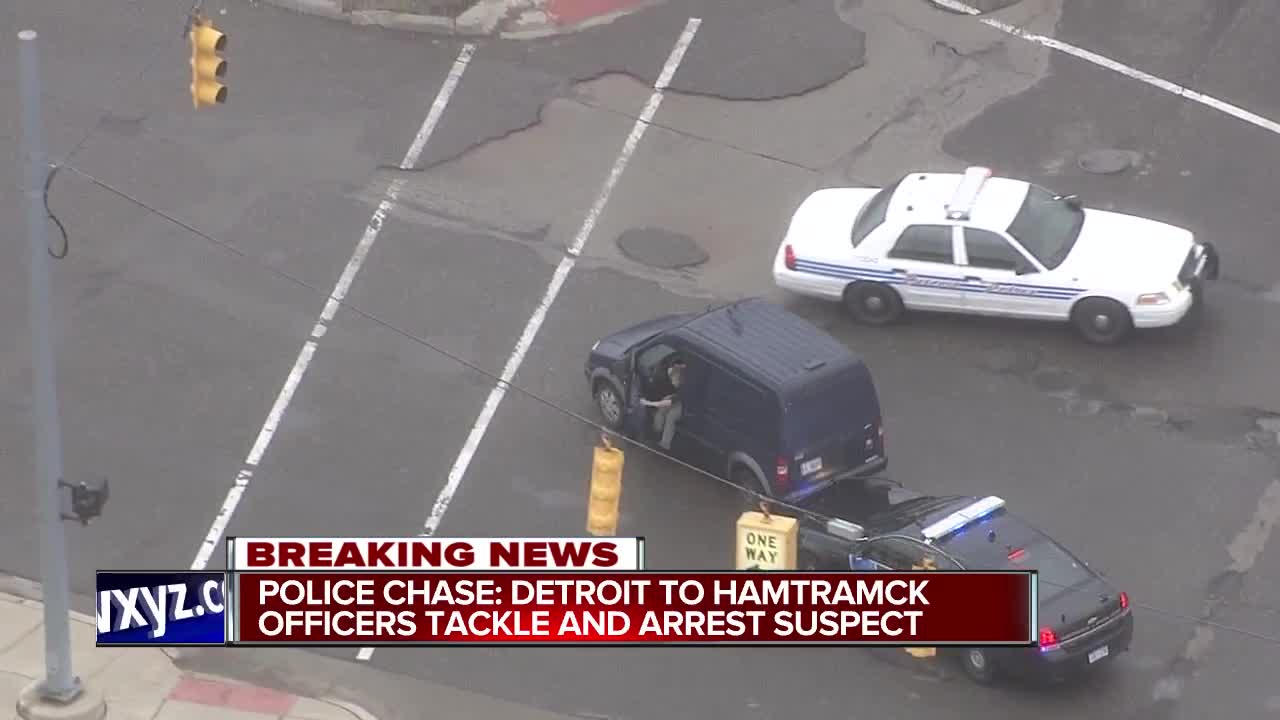 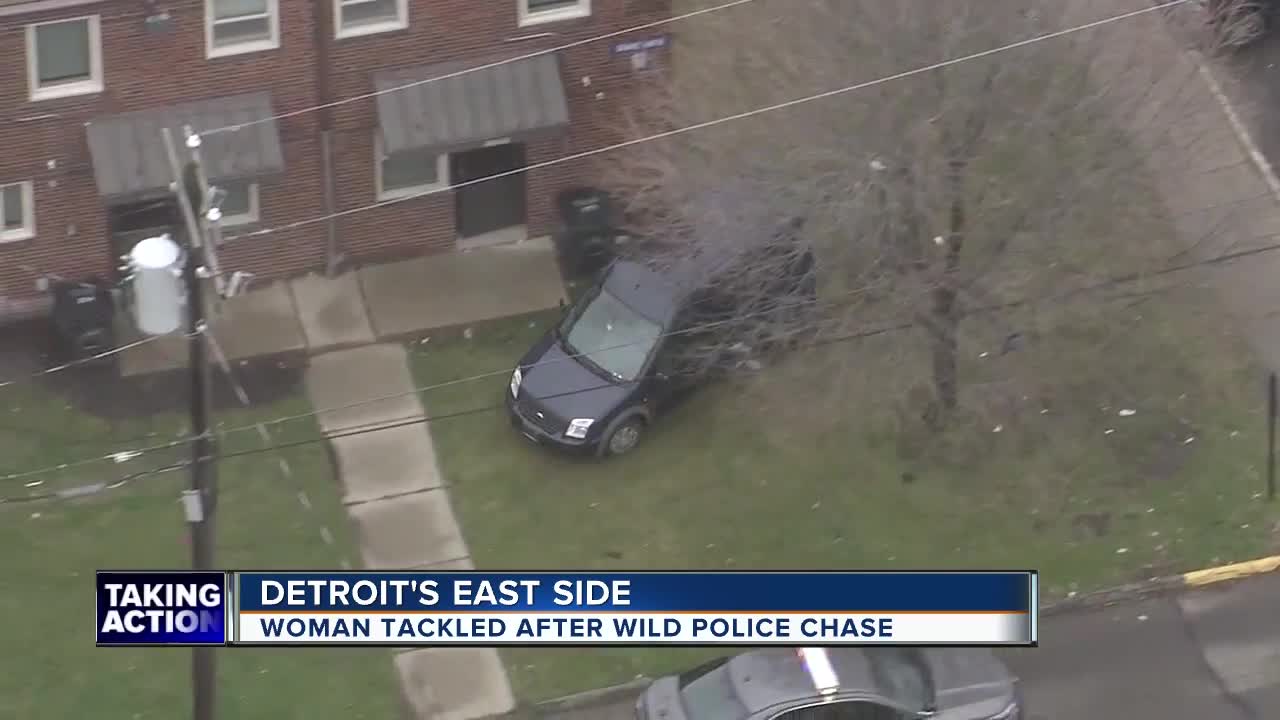 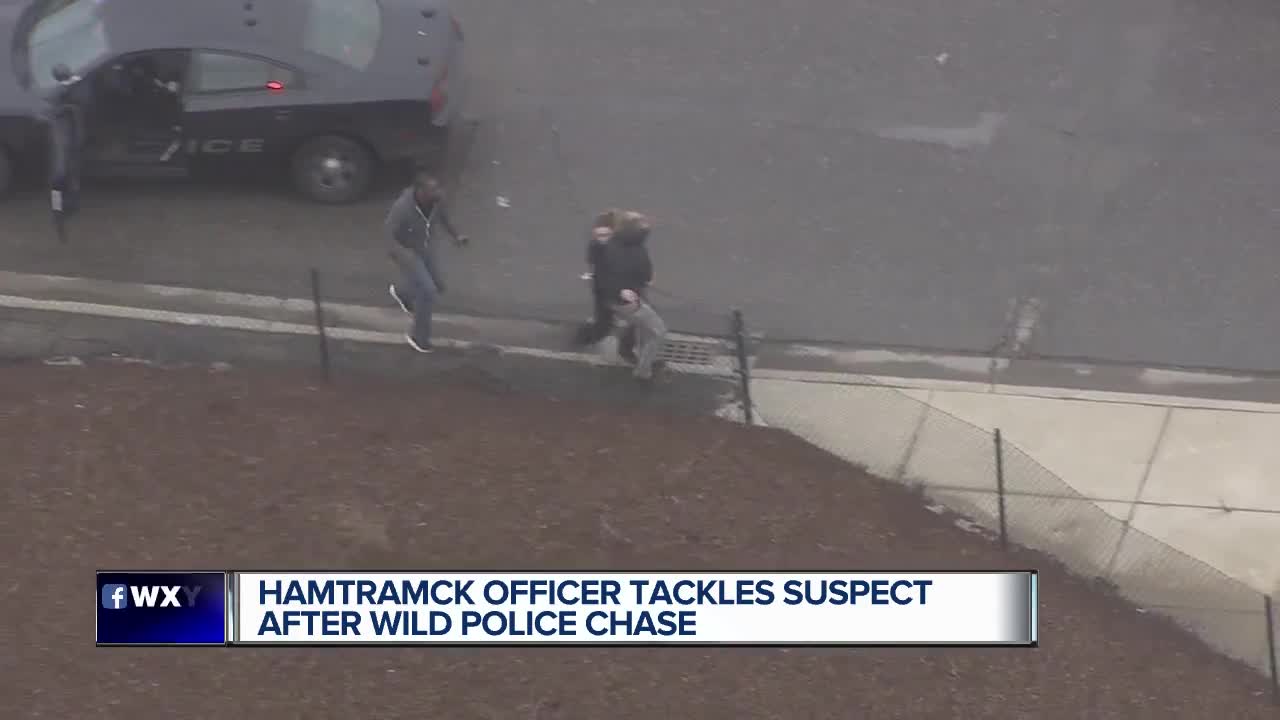 A female driver was arrested Tuesday morning after a high-speed chase in the Detroit/Hamtramck area.

Detroit Police were called to a stopped Transit van on Detroit’s east side on a report of a child yelling for help. When they approached, the woman in the van took off.

The driver led police for several miles, sometimes going as fast as 80 mph.

Chopper 7 flew above the chase that followed. Hamtramck Police rushed to help.

“Our dispatch called us to a chase in Detroit.  So my partner and I started going towards the chase,” said Officer Nikole Jabour.

In the video you can see the driver leading the chase recklessly drives over curbs, through yards, and right next to homes.

Police might have called off the chase for safety reasons, but for one thing.

“In this case having a child involved, possible abduction, there was no way. The good sergeant made sure the call went on,” said Commander Timothy Leach, of Detroit’s Eleventh Precinct.

Finally on Dequindre at Caniff, the van showed signs of a flat tire.  The driver bailed without even stopping.

“I started running for her and I tackled her,” said Jabour.  “That was it.”

Officer Jabour realized the take down was on live TV when her phone started ringing off the hook.

“My dad, all he said was, are you okay? I said yes. My mom said, that was so cool. I saw you on tv.  My brother said he couldn’t stop watching it,” she said.

See the complete interview with officer Jabour below:

Officer Jabour hopes her takedown caught on camera sends a message to other women who want to protect and serve.

Police say the woman who led the chase is 28-years-old and not from Detroit.  They did not say where she is from.  The van is believed to be connected to felonies in Hamtramck and Flint.  She was taken to the hospital for a mental health evaluation.