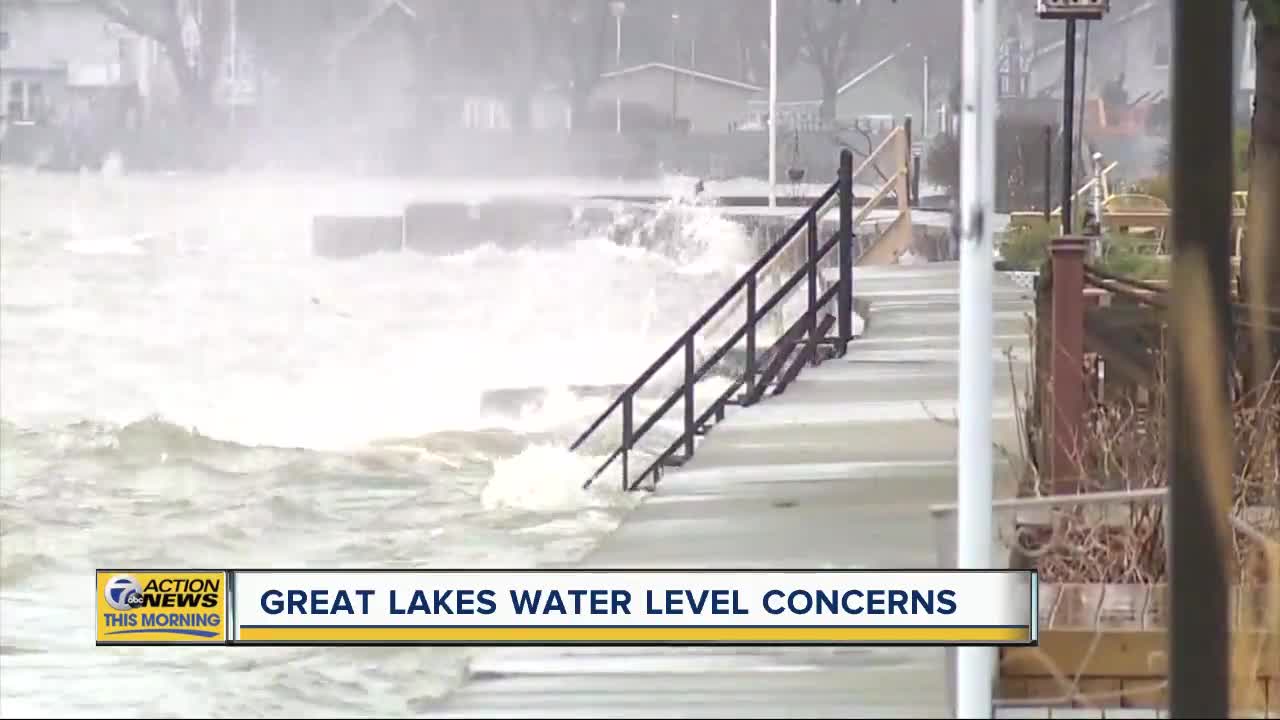 Michigan has hit record-high water levels this summer on four of the five Great Lakes.

LUNA PIER, Mich. (WXYZ) — We’ve seen water levels raise across the Great Lakes between 3 and 8 inches between May and June, and as July comes close, we’re still expecting higher conditions along Lake St. Clair and the Detroit River. Changes to lake levels, and changes in climate, are now forcing communities built up along water to consider changes in how they operate their shorelines.

“We’ve built too close in many places,” said Professor Dick Norton, part of the University of Michigan’s urban and regional planning team. “I think it’s a culmination when lakes are low they tend to stay low long enough for people to forget that they’ll come back up.”

Norton works with communities across Michigan to set plans when it comes to their lakefront property. After years of low lake levels, there’s a renewed interest in his work as water levels set record highs.

The issues that are arising change depending on where you live. For instance, communities along Lake St. Clair are built on low-lying land in shallow areas. As Professor Norton explains, coastal management practices have built up some structures that can be a dual-edged sword keeping water at bay during smaller flooding events but actually trapping water inland when major floods occur. Those areas, along with portions near Lake Erie, are susceptible to flooding concerns.

On the west side of the state, erosion is becoming a bigger concern. Homes are getting closer and closer to Lake Michigan as the shoreline recedes while Lake Michigan rises taking chunks of land out to sea.

The concern is growing as climate change models indicate stronger, wetter storms on the horizon.

That means the effect will reach further than coastal towns along Great Lakes. While flooded homes are an issue for the homeowners, when disaster declarations are announced, taxpayer money gets put to use to fix everything from flooded out roads to homes that were damaged/destroyed due to flooding.

Norton preaches what he calls a “no-regret” policy when it comes to coastal communities. That means taking an approach that plans for worst-case scenarios — creating zoning rules to keep homes and businesses from building too close to water, preserving and restoring wetlands and natural features that manage water and ensuring development near coastal areas are low impact.