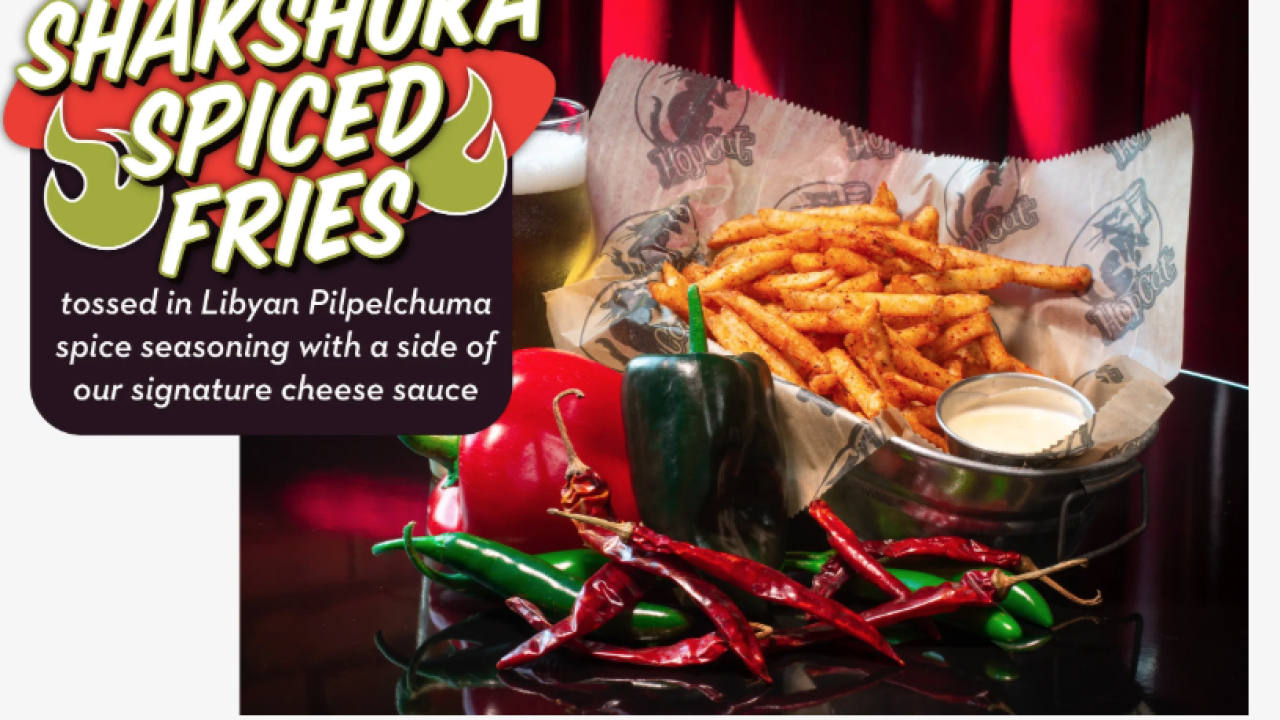 (WXYZ) — After a months-long contest, HopCat has announced the winner of the fry flavor contest, which will join Cosmik fries permanently on the menu.

They are pronounced “Shaq(Basketball player, starred in Kazaam)-Shoe-Ka(leidoscope)” and are beer-battered fries tossed in the award-winning popular Libyan spice, Pilpelchuma – which is one of the greatest seasonings you've never heard of, let alone tasted. They are served with a side of the signature cheese sauce.