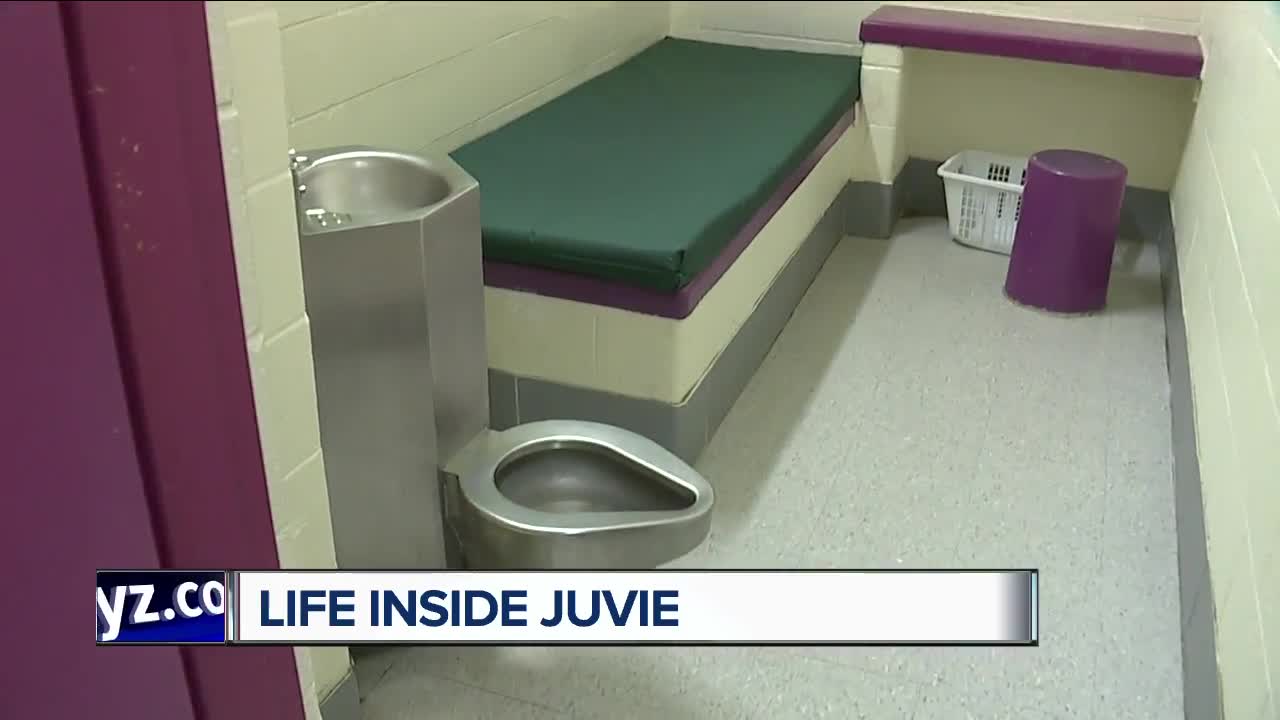 DETROIT (WXYZ) — For the first time, we're getting an inside look at the juvenile justice system in Wayne County. 7 Action News' Kim Craig went inside Wayne County's Juvenile Detention Facility, what some people simply call "juvie," and while the kids inside may be accused of awful crimes, the staff works to remind them every day that they are not the forgotten.

Some children inside the detention facility may only be here for 24 hours. Others will be here for days, and if they're not out on bond – months – as their criminal case makes its way through the courts. Until then, a skylight on the ceiling of each gym area is the closest they'll see of the outside world.

"We don't get to cherry pick and bring certain kids here," Director Michele Hall said. "You get arrested, you come here."

Inside the facility, kids are classified by their charge, their age, and their physical size.

"So we wouldn't put a murderer in with someone who's in here for incorrigibility," Shift Supervisor Derrick "Mack" McCondichie said.

His role goes beyond keeping a watchful eye during his shifts.

"We serve as security, but we also serve as mentors," he added.

This is the first time cameras have been allowed inside Wayne County's juvenile detention, where each child or teenager gets their own room, clean clothing, three meals a day, and a strict schedule. Mack says that structure actually helps put kids at ease.

"A lot of these kids, they have to fend for themselves, and you know it's tough out here on the streets," McCondichie said. "They have a chance to come within our facility and get 24-hour supervision and they can feel safe."

"Some days it's tough. We have some parents who don't want to take their kids home," Hall added.

She said that while the staff is strict in holding kids accountable, they do it with compassion.

What's remarkable is we're told a lot of children leave lockup healthier than when they came, but so many have real mental health issues, and many test positive for marijuana.

"I think a lot of kids are self-medicating. I think the real issue is we do not have enough mental health services for children – in our country in general, Medical Director Dr. Carla Scott said. "Some of these kids come from very troubled, traumatic backgrounds and it's a way to make their lives easier and better for them.

"Kids who end up in jail, clearly, there's something going on in their lives that put them here. And so, that's what we're trying to get to," she added.

This is part of an ongoing weekly series during September taking a look inside the Wayne County's juvenile center. Next week, a 16-year-old girl shares how she rebounded from trouble to get her own life on the right track.