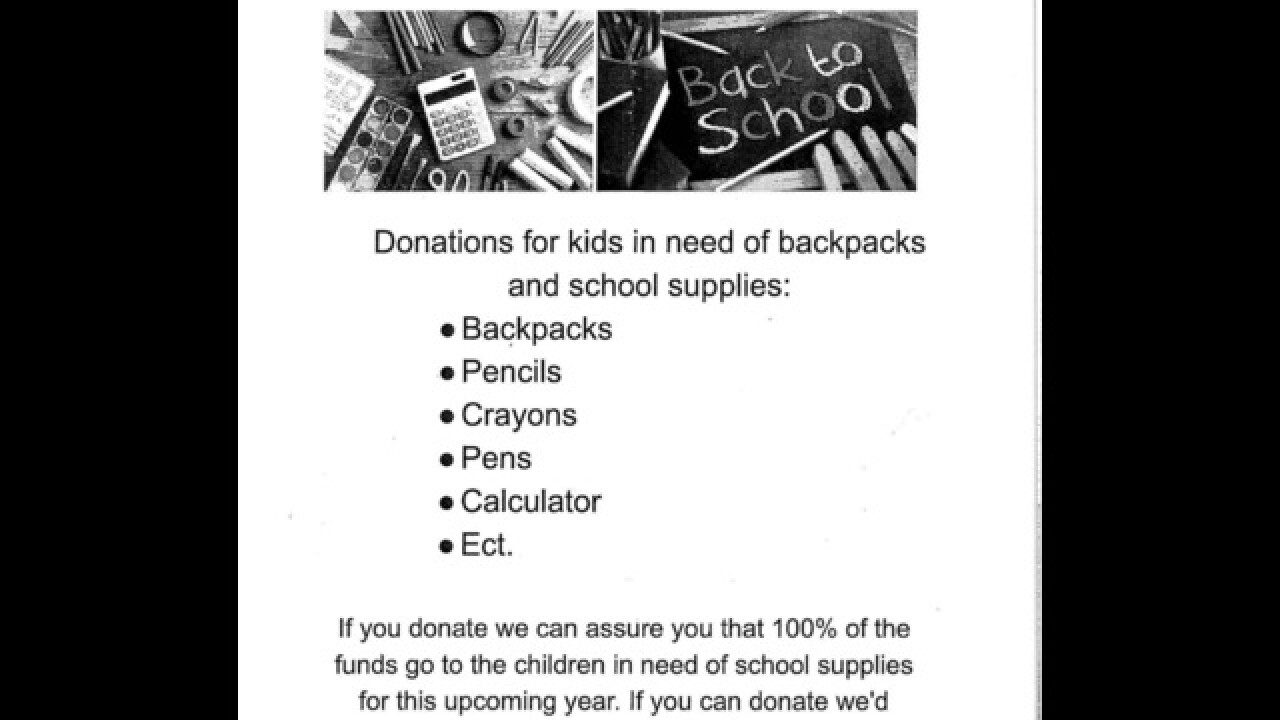 The Howell Police Department is warning residents about a scam involving back to school donations.

In a Facebook post, police said on Tuesday that four juveniles were seen in the downtown Howell area requesting cash donations for kids in need of backpacks and school supplies.

Flyers were handed out asking for donations to buy backpacks, pencils, crayons, pens and other various supplies.

According to police, the kids were telling people that the proceeds would benefit the Livingston Educational Service Agency. Howell PD followed up and said LESA is not doing this type of fundraising.

Police ask to call 911 if anyone sees the juveniles.