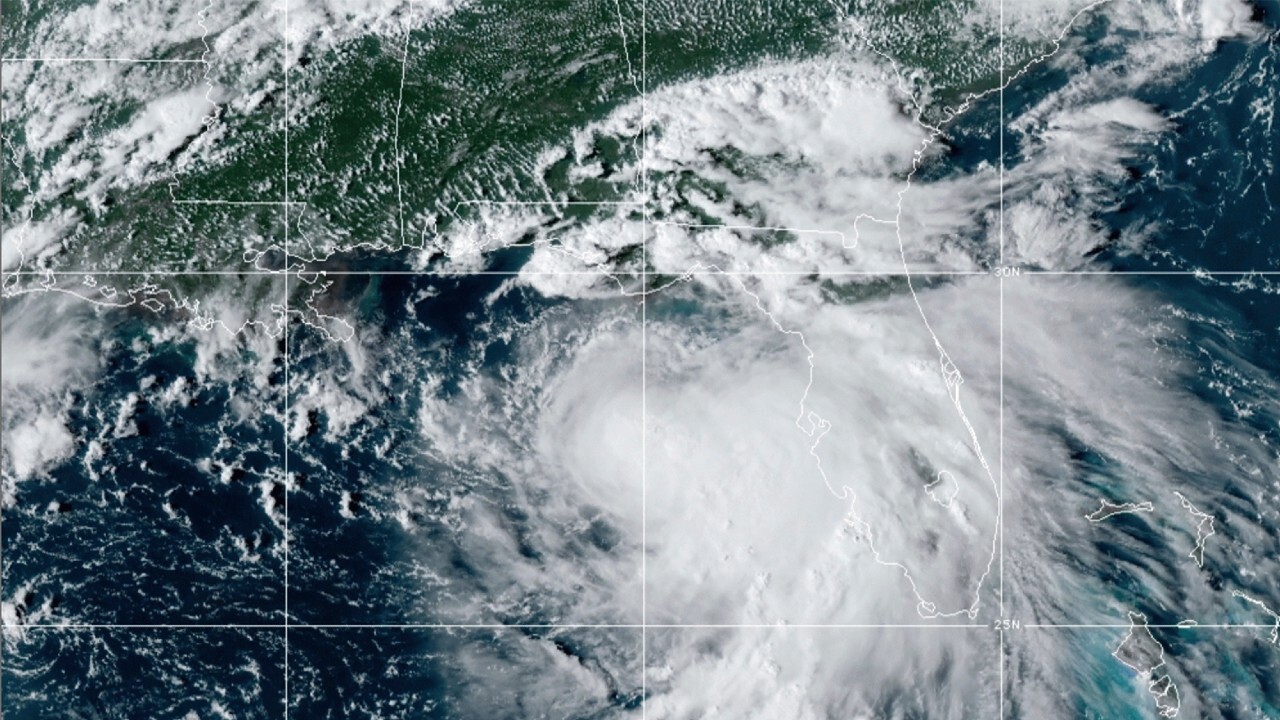 NOAA via AP
This satellite photo provided by the National Oceanic and Atmospheric Administration shows Sally, Sunday, Sept. 13, 2020, at 2050 GMT.

(WXYZ) — Hurricane Sally made landfall at 5:45 a.m. EDT as a category 2 hurricane, the National Hurricane Center said. It made landfall near Gulf Shores, Alabama with maximum sustained winds of 105 mph.

The NHC said it "will cause historic and catastrophic flooding in parts of northwest Florida and southern Alabama."

#Sally has made landfall near Gulf Shores Alabama at 445 AM CDT as a category 2 hurricane. Maximum sustained winds were 105 mph with a minimum central pressure of 965 mb. More: https://t.co/tW4KeFW0gB pic.twitter.com/zdyilBhdic

Sustained winds of 76 mph were reported southeast of Mobile, Alabama, with a wind gust of 98 mph.

It's moving north-northeast at 2 mph and has maximums sustained winds of 105 mph.

NHC warned that even though the storm slowed down, it will still produce a "life-threatening" storm surge in the central Gulf Coast region of the U.S. The NHC says "historic" flash flooding is possible as it makes landfall.

The agency expects the Alabama coast to see the most flooding, including Mobile Bay.