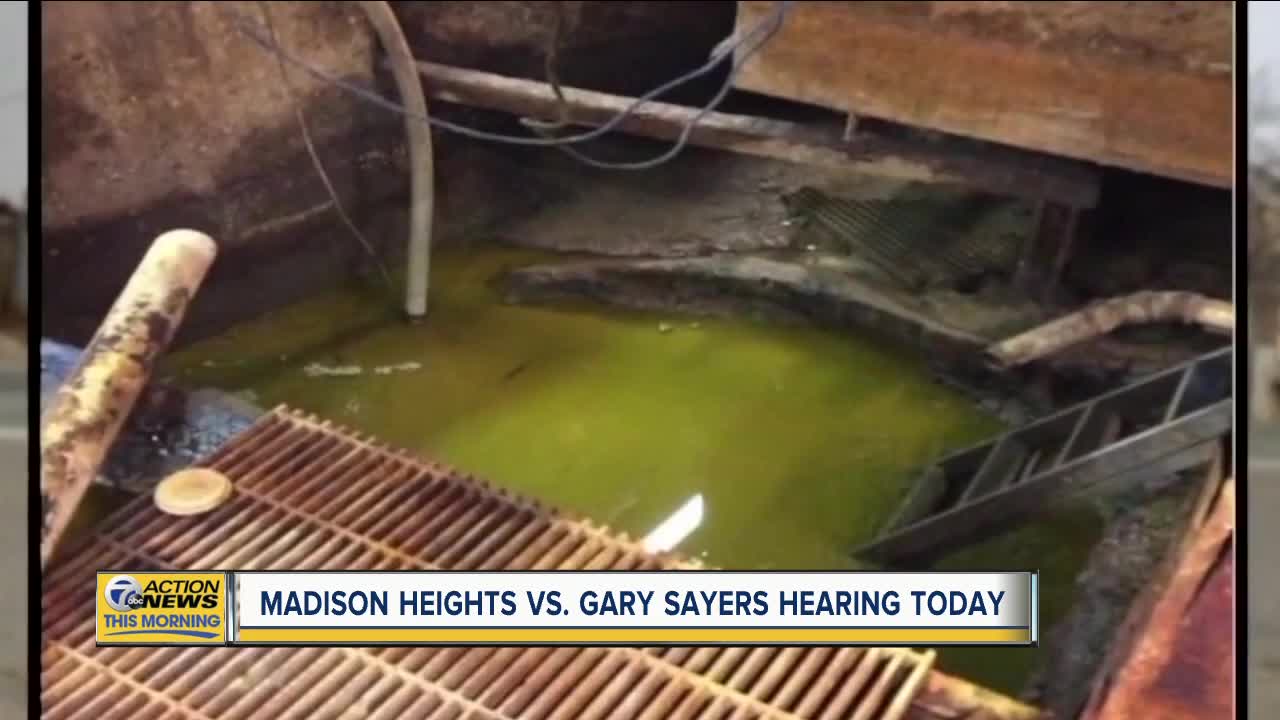 Lawyers representing Gary Sayers, the owner of a now-polluted plating plant that spewed green ooze onto I-696, will be in court.

MADISON HEIGHTS, Mich. (WXYZ) — A judge denied a request to delay a trial for Gary Sayers.

His attorneys asked the judge to postpone a lawsuit filed against Sayers by the city of Madison Heights, stating their client wants to testify.

The judge said she set the trial date because Sayers told the court that he planned to turn himself in at the end of January or the beginning of February.

An attorney for Madison Heights said the court should not delay because an environmental disaster needs to be cleaned up sooner than later.

The judge said Sayers could testify by video conference from prison.

Sayers is currently serving time in a federal prison. His lawyers say for that reason, they want the case against him adjourned.

The city of Madison Heights was set to take Sayers to court with a trial in place for Jan. 13, suing him in order to have him demolish the old Electro-Plating Services plant, now polluted with hazardous material that spilled onto I-69. The city also wants the right to demolish the building themselves if he does not comply with a court order.

Sayers reported to prison on Friday, having pleaded guilty to illegally storing hazardous waste. His attorneys argue that his absence would unfairly prejudice his ability to defend himself, since he won't be in the court room.