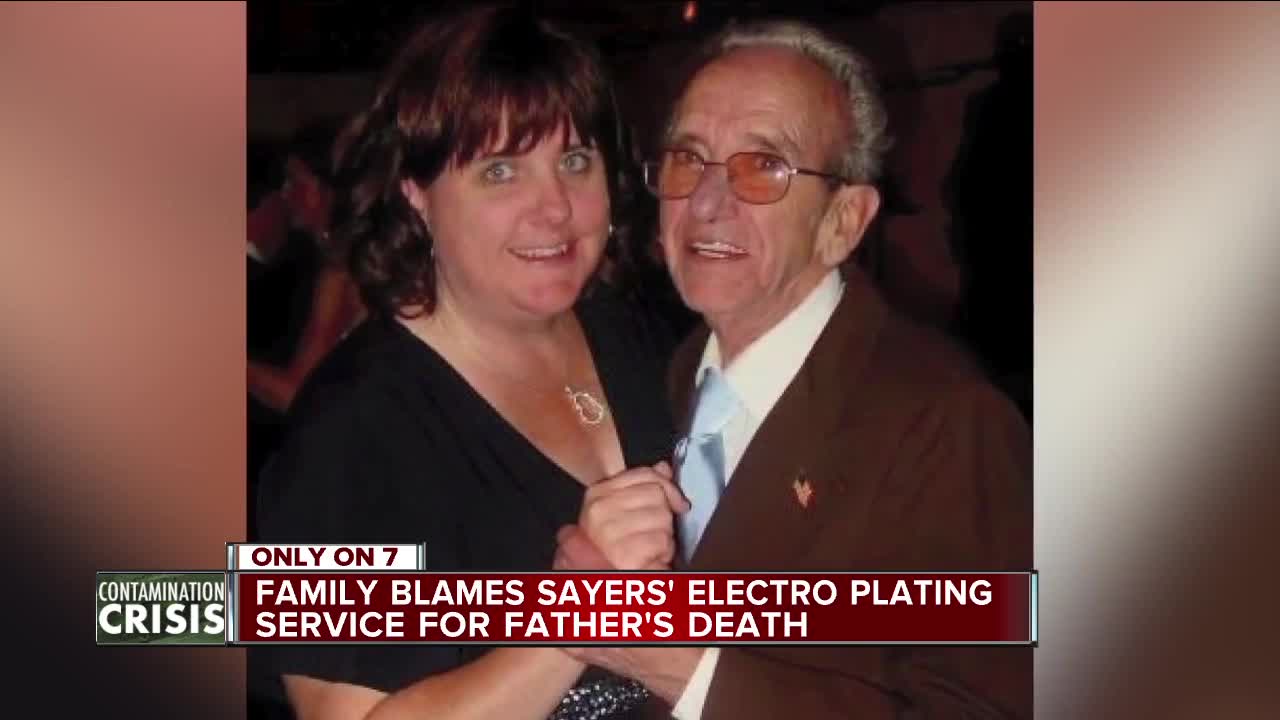 When one family saw the green ooze seeping onto I-696 in Madison Heights it opened up old wounds. They say the company responsible for the poisonous pollution also destroyed their lives in a major way.

MADISON HEIGHTS, Mich. (WXYZ) — When one family saw the green ooze seeping onto I-696 in Madison Heights it opened up old wounds. They say the company responsible for the poisonous pollution also destroyed their lives in a major way.

“My brother has always said that his work would kill him,” said Rhonda Nagle of her father.

Nagle says her dad developed dementia in his 60s, and then cancer. Richard Hughes died at 74. His daughter blames his job at Electro Plating Service for 38 years.

“It is very frustrating to think about,” she said.

She says he stayed at the job because he needed it to provide for his beloved wife Shirley and his four children. He told his family he worked in unsafe conditions. Even then the company was in trouble for violating the law.

The owner Gary Sayers is now in federal prison serving a one-year-sentence for illegally storing hazardous waste. The government is spending millions to clean up environmental contamination.

Rhonda says she is speaking out because she wants other workers to feel empowered to speak up, not only to save their own health and lives, but to protect their communities. She lives just over a mile from the place she blames for her dad’s death.

“He should have been shut down a long time ago,” she said of Sayers

She also hopes authorities crack down on others causing pollution.

“It could be really bad, worse than anybody realizes if it has been going on that long,” she says of the contamination in Madison Heights.