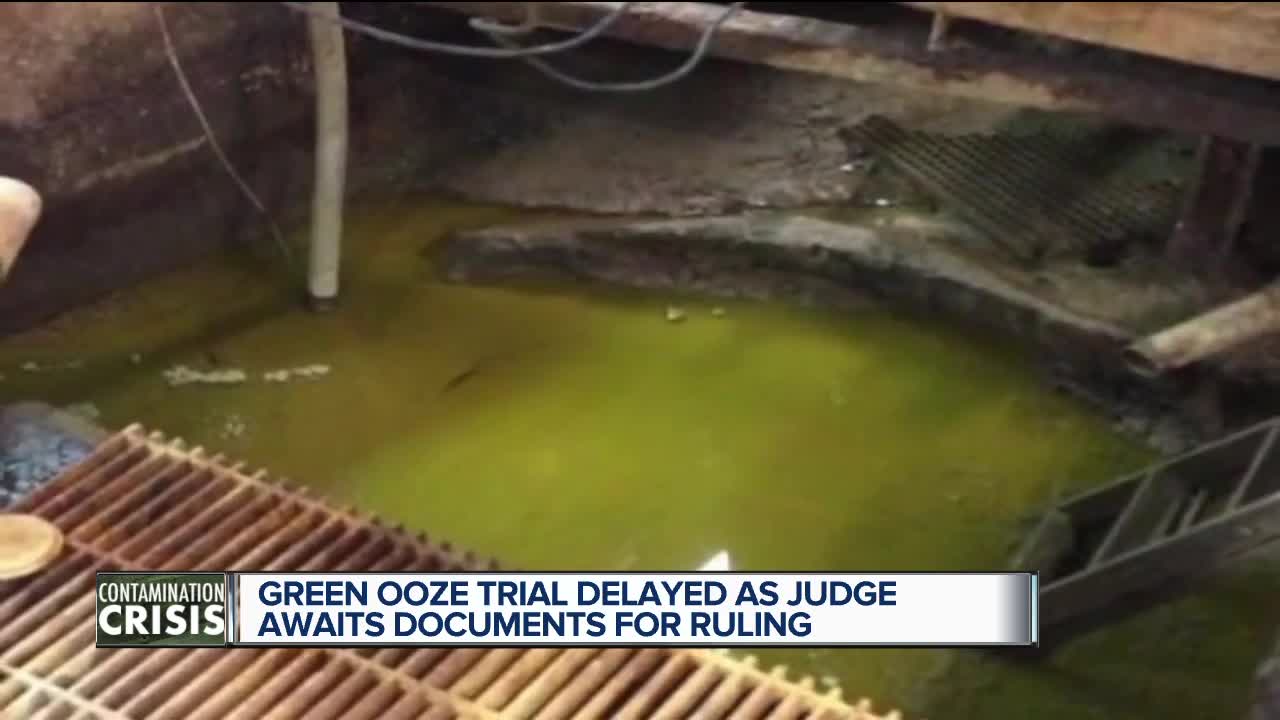 The bench trial of Gary Sayers is on hold until April 1 when attorneys will give closing arguments.

MADISON HEIGHTS, Mich. (WXYZ) — The bench trial of Gary Sayers is on hold until April 1 when attorneys will give closing arguments.

Oakland County Circuit Court Judge Hala Jarbou who will decide whether the owner of Electro-Plating Services will pay for the rest of the site cleanup after green ooze flowed out onto I-696 in December.

The defense put on only one witness. Structural Engineer Lawrence Mangindin testified he went through the building in Madison Heights twice last September and October with Sayers. He saw two pits in the basement, one made of concrete and an earthen pit that had a green chemical in it that Sayers identified as Hexavalent Chromium.

That’s the green ooze that flowed out and underground.

Mangindin testified there are multiple issues of contamination and corrosion, but the main building is structurally sound.

The EPA says it cleaned up the site in 2017 after the state shutdown the business that cost $1.4 million dollars that Sayers agreed to pay.

Sayers is not in court, he’s in federal prison this year in that plea deal for improper storage of hazardous materials.

The City of Madison Heights is suing Sayers to pay for the rest of the cleanup and that could cost millions more.