EPA says workers will not testify at trial 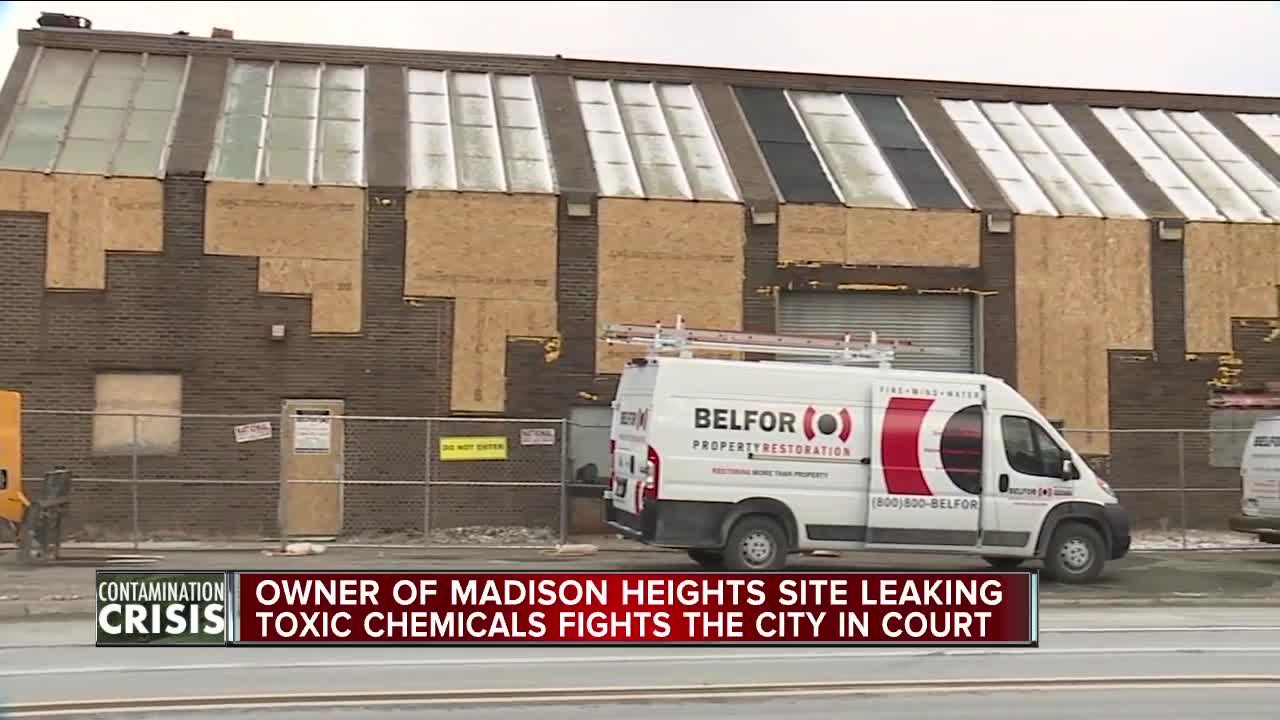 The owner of the building leaking hazardous waste in Madison Heights fought the city in Oakland County Circuit Court Wednesday.

An attorney for Gary Sayers asked that a trial aimed at forcing him to pay for the building’s demolition be delayed because he is in federal prison for illegally storing hazardous waste there.

Since 2018 Madison Heights has been in a court battle to force the owner Gary Sayers to tear the business down so clean up can be done. .

“They will be able to address the contamination that is around the building as well as underneath the building,” said Jeffrey Sherman, Attorney for Madison Heights.

The judge said she set the trial date for next Monday because Sayers told the court he didn’t have to report to prison until the end of January.

“Trial is set for Monday. It is a date, certain. Motion for adjourning it is denied,” said Judge Hala Jarbou.

There is a big question about what will happen at trial. The attorney for Madison Heights says it called two workers at the Environmental Protection Agency to testify about the environmental disaster, but he says they are refusing to appear.

“They have taken the position that they allow people to testify when it is in the agency best interest. I and perhaps the rest of the country thought they were supposed to work in the public’s best interest,” said Sherman.

The EPA did an emergency clean up the building to prevent imminent threat to the environment back in 2017.

A spokesperson for the EPA says it isn’t refusing to testify - but, “There are federal regulations that limit EPA’s ability to provide an EPA witness in a lawsuit where EPA is not a named party in the action. “

It went on to say it would help Madison Heights authenticate key evidence or find another expert.

The trial is scheduled for January 13.