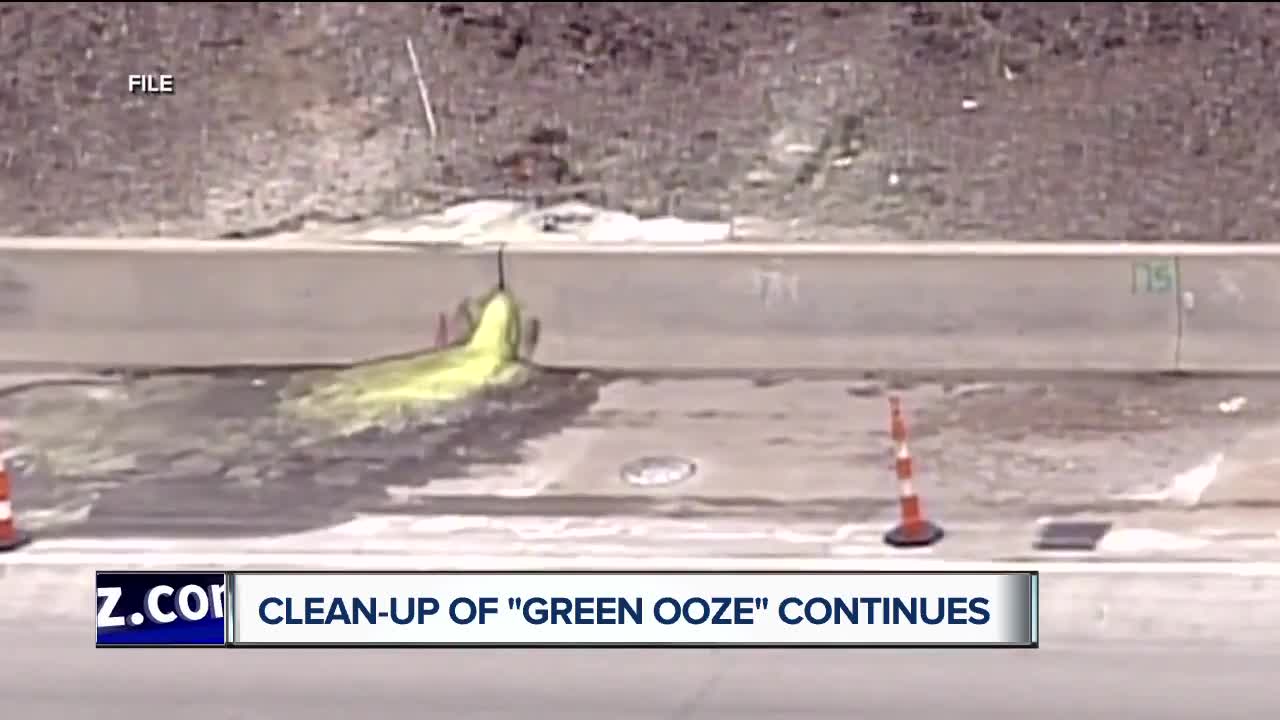 Gary Sayers, the man accused of being behind poisonous pollution around Electro Plating Service in Madison Heights, has been approved for release from the federal lockup due to COVID-19 concerns, 7 Action News has confirmed with sources.

MADISON HEIGHTS, Mich. (WXYZ) — 7 Action News has learned that the man serving time in prison for what has become known as the Green Ooze Pollution in Madison Heights has been approved for early release from federal lock-up.

The United States Attorney’s Office in Detroit confirms to WXYZ it received word this week that Gary Sayers has been approved for release from prison to home confinement.

“As I prepared for this weeks message there were more than 2,060 with current confirmed lab results for COVID-19,” said Michael Carvajal, Federal Bureau of Prisons Director, in a video posted to Youtube as he spoke about how they are decreasing population in the prisons to stop the spread.

“Since March 26 we have placed an additional 2,144 inmates on home confinement,” he said.

It is all in accordance with a memo sent out by U.S. Attorney General William Barr in response to the COVID-19 crisis. The Bureau of Prisons has said the agency will prioritize the release to home confinement of those at risk, who have 18 months or less left and who served at least 25% of their time.

The Bureau of Prisons would not comment on the approval or when he would be released, saying,” We do not speak to a specific inmate's potential suitability for transfer to home confinement or eligibility for compassionate release.”

It has been the policy per government memos that prisoners be isolated for 14 days before release to home confinement, to prevent the spread of COVID-19 from the prison to communities.

In the meantime, at his business in Madison Heights the EPA continues clean up. The property gained notoriety in December when drivers on I-696 saw green ooze seeping onto the interstate. Investigators say it was groundwater contaminated with hazardous waste, including poisonous hexavalent chromium stored by Sayers in his building. The EPA has set up an interceptor trench and is collecting contaminated ground water.

“We’re doing our best to contain what we can,” said Tricia Edwards, On-Scene Coordinator for the EPA.

Edwards said fortunately engineers gathered most of the data they needed to put together long term plans before COVID-19 hit. Engineers are working remotely, while she and two others work on site to maintain the pumps and collect waste.

If you have driven by lately, you may have noticed the container collecting waste on the interstate has been removed. With consistent warmer weather the waste can now be pumped from the expressway without freezing.

“We decontaminated it and shipped it off site yesterday but now the pump actually pumps up through a hose to the intercepter trench at the top of the hill,” said Edwards.