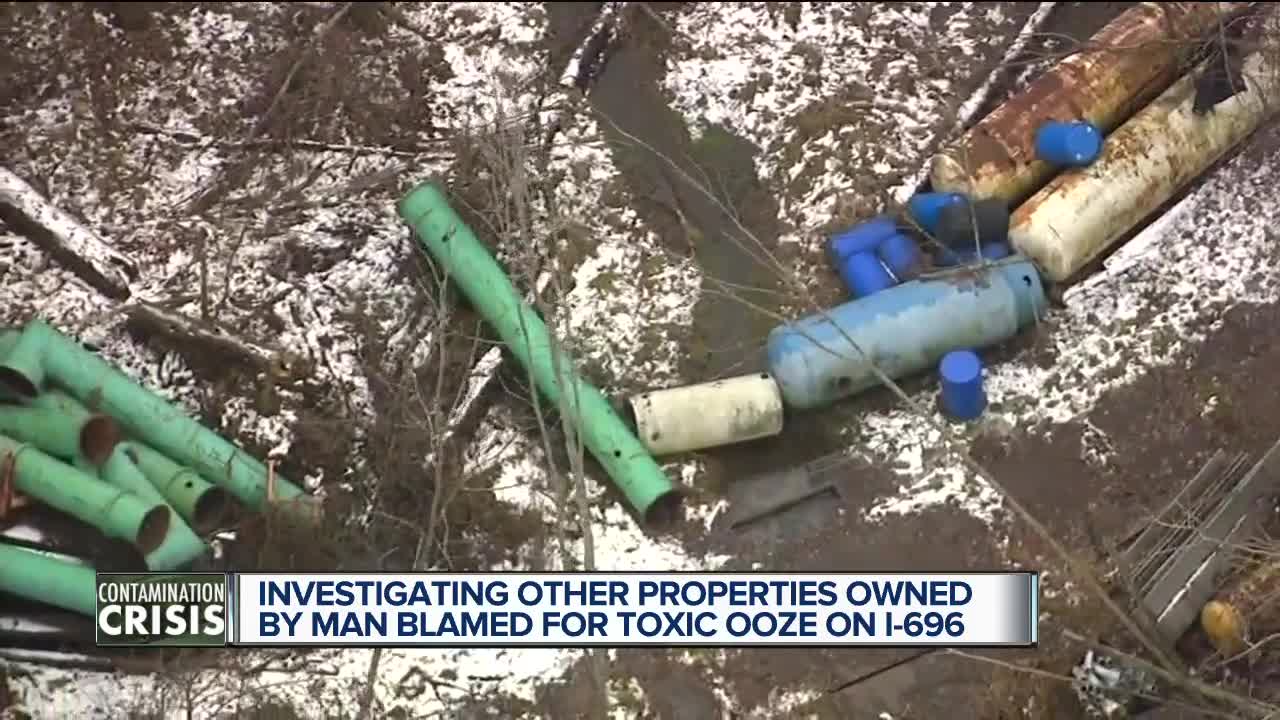 Officials with the Michigan Department of Environment, Great Lakes, and Energy have released partial test results from the Sanilac County and Detroit properties owned by Gary Sayers.

DETROIT (WXYZ) — The Michigan Department of Environment, Great Lakes, and Energy has released preliminary test results as it investigates the possibility of pollution at other properties owned by Gary Sayers.

“Initial surface water and soil sample results from a Sanilac County property owned by convicted polluter Gary Sayers do not indicate that contaminants from his Electro-Plating Services operation were dumped at that site. The Michigan Department of Environment, Great Lakes, and Energy (EGLE) plans additional investigation at the location,” it said in a release.

It tells WXYZ it plans to use ground penetrating radar to search for any underground dumping at the site.

It also has received preliminary test results back connected to possible hazardous waste at Sayers’ property on Commonwealth in Detroit.

“At a property owned by Sayers on Commonwealth Street in Detroit, testing of liquids found in concrete pits detected heavy metals in the wastes but no hexavalent chromium or semi volatile organic compounds (SVOCs). The metal results indicate the liquids will need to be disposed of as non-hazardous waste. Results from PFAS testing of the liquids will be provided from a third-party lab next week,” said the EGLE release.

WXYZ went to work to check out other properties tied to Gary Sayers. We found for decades he owned nine -acres of vacant land on Red Run Road in Sterling Heights.

“Judging by his track record, who knows?” said a neighbor, who did not share his name.

A man who told WXYZ he works in the electro plating industry tells Seven Action news former employees of Sayers suspected Sayers used this property as a dumping ground but the neighbor never saw evidence of hazardous waste. Sayers found himself in trouble with authorities for not properly documenting how he disposed of hazardous waste.

A man who obtained the property when Sayers defaulted on a loan says he believes it is not contaminated.