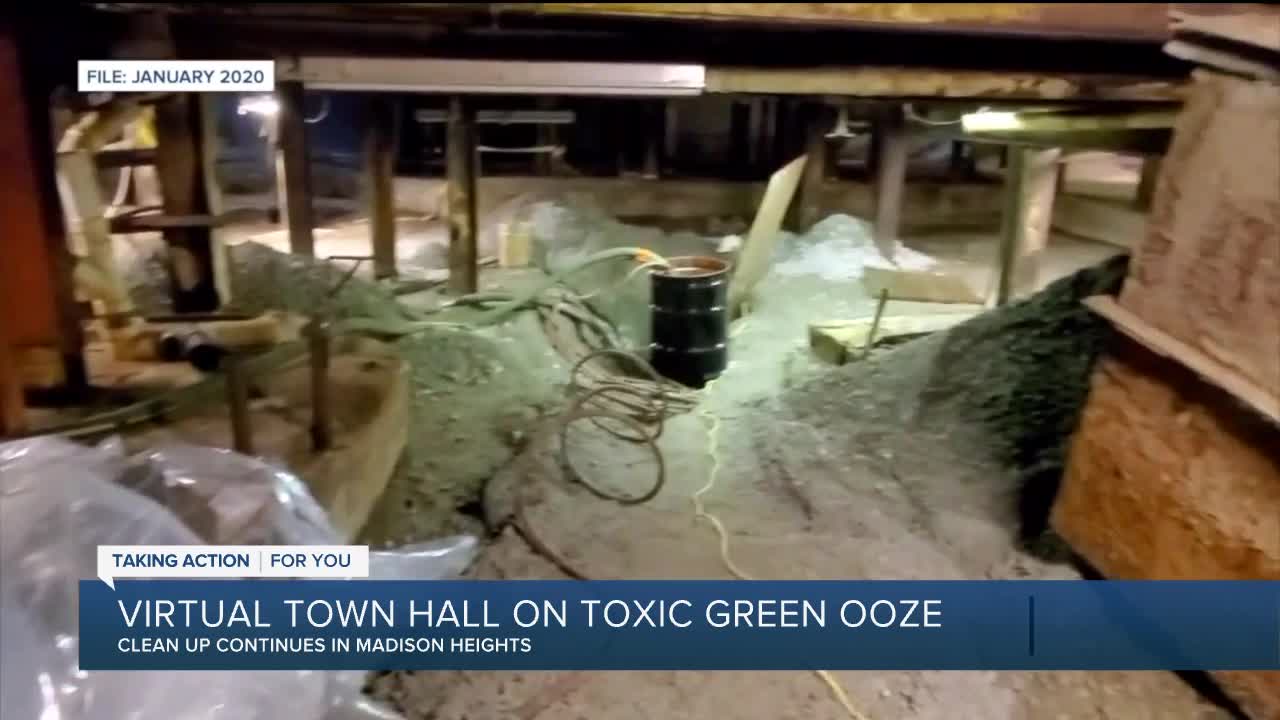 For the first time since February, people who live near the I-696 green ooze site had a chance to ask the state where things stand. The EPA and Michigan's Environment, Great Lakes &amp; Energy (EGLE) hosted a virtual town hall Tuesday night on what’s changing and the progress that’s been made so far. 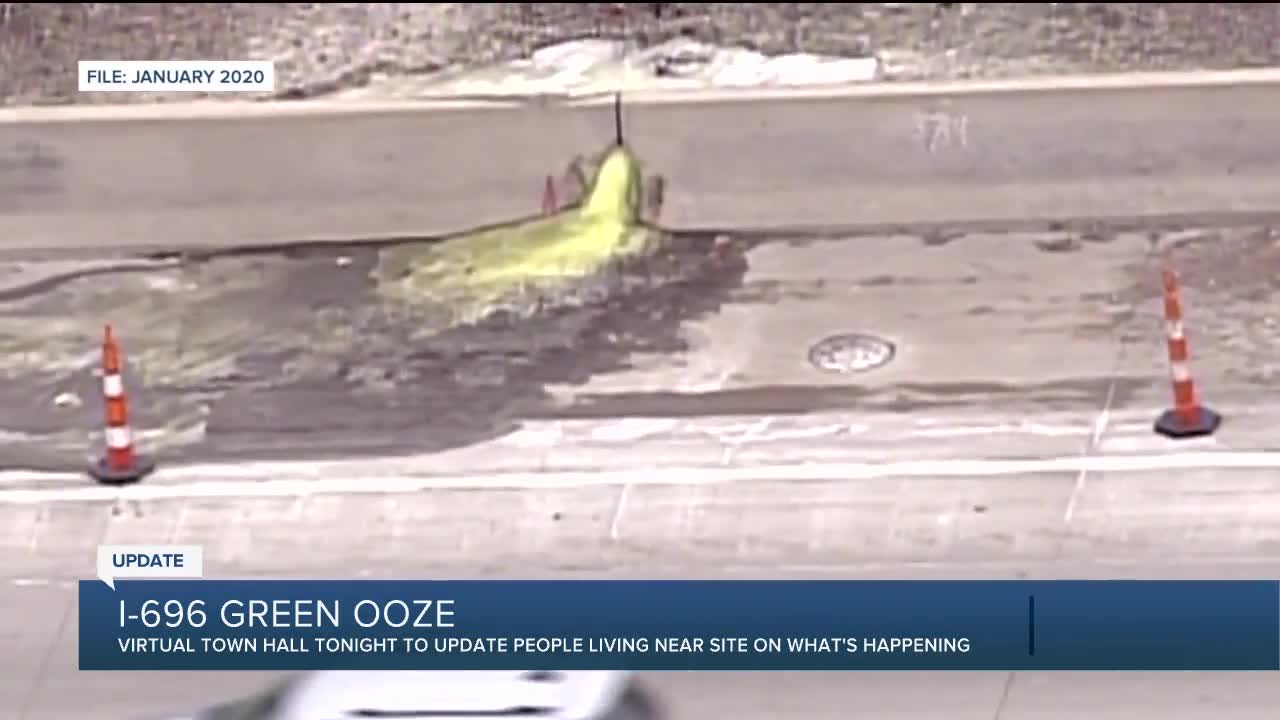 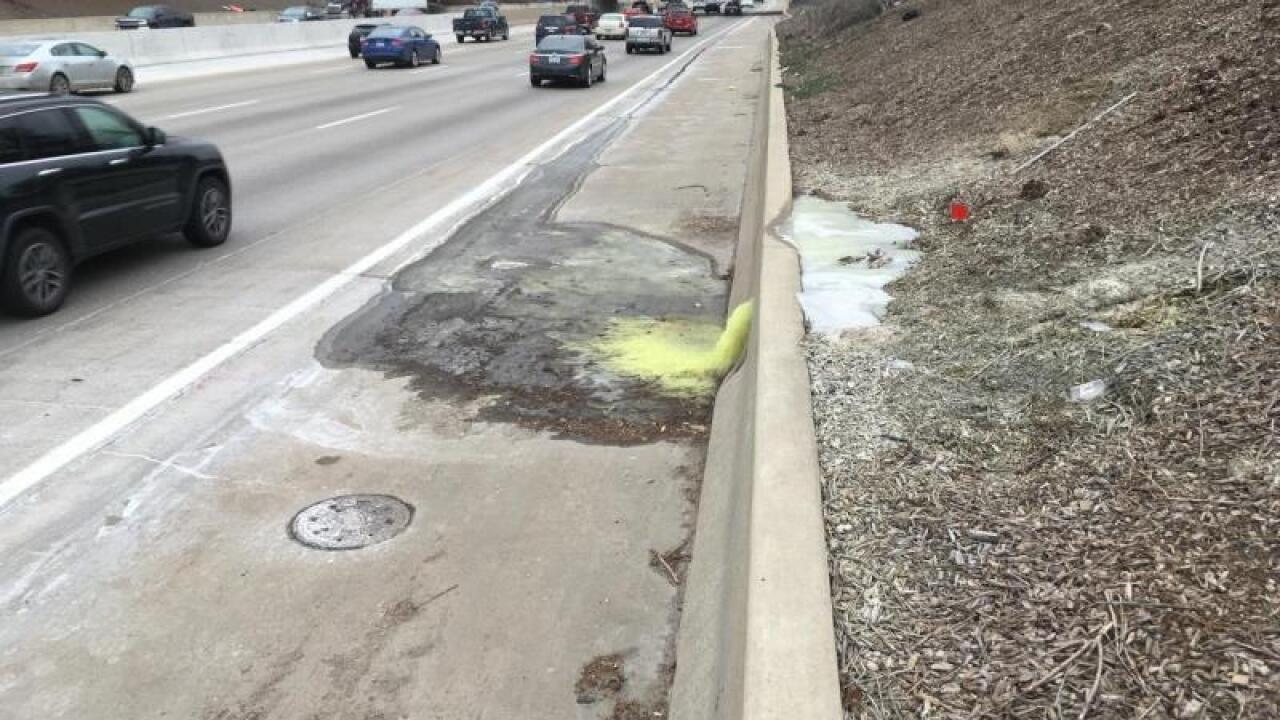 MADISON HEIGHTS, Mich. (WXYZ) — For the first time since February, people who live near the I-696 green ooze site had a chance to ask the state where things stand.

The EPA and Michigan's Environment, Great Lakes & Energy (EGLE) hosted a virtual town hall Tuesday night on what’s changing and the progress that’s been made so far.

The EPA, the lead agency on the site for now, has already removed 312,000 gallons of contaminated liquid from the site and disposed of it off site. But the work is far from over.

It was an eye sore that turned out to be so much more — thousands of gallons of toxic chemicals seeping onto the freeway back in December.

It left people who live off of I-696 in Madison Heights, like Pauly Brady, seriously worried.

“I quit going to the pubs in that area just because you don’t really know what’s in the air and in the ground around there," Brady said.

Officials say Madison Heights drinking water was not impacted, but the ooze contained dangerous chemicals, like hexavalent chromium, which now the EPA with the help of EGLE has to clean up.

That ooze came from Electro Plating Services, a company who’s owner Gary Sayers has a history of improperly storing chemicals.

Remediation started with sump pumps moving the dangerous liquid off site for disposal, but that was only a band aid, and couldn’t work in the long term.

The EPA conducted a pilot test to track affected ground water two weeks ago. They aim to install the full system in September..

“We’re treating that contaminated water in place, under ground, said Jill Greenberg with Michigan EGLE. "So we’re injecting chemicals that will degrade those contaminants and then allow them to flow off.”

One of the changes is how that contaminated liquid is being collected. A short-term approach is being replaced with something @MichiganEGLE expects to be in place for 3-5 years, giving you a sense of how big of a clean-up this will be. Here's Jill Greenberg with EGLE @wxyzdetroit pic.twitter.com/CJDQNJYTo1

EGLE installed a system to do this a couple of weeks ago. Once final tests are done, the sump pumps will be removed.

Most of this work has been done in the midst of the pandemic.

“We did have to make some modifications," Greenberg said.

Like setting up separate trailers for workers to social distance, and reducing the number of crews on site at one time.

But the pace, didn’t let up according to EGLE.

Now, they’re focused on getting the Electro Plating Services building demolished, so they can deal with the core materials left there.

“That’s still in legal proceedings right now between the city of Madison Heights and the owner Gary Sayers," said Greenberg.

As far as the timeline on the clean-up and who will ultimately foot the bill, the new approach could take three to five years.

The I-696 eastbound service drive will remain closed indefinitely.

As for the cost, EGLE says it should fall on Gary Sayers, but if he can’t pay, it’s going to fall on the taxpayers.

The virtual meeting starts at 6 p.m. Pre-registration is encouraged, but not required.