'There are thousands of sites across Michigan.' I-696 'green ooze' highlights problem of contaminated sites across the state 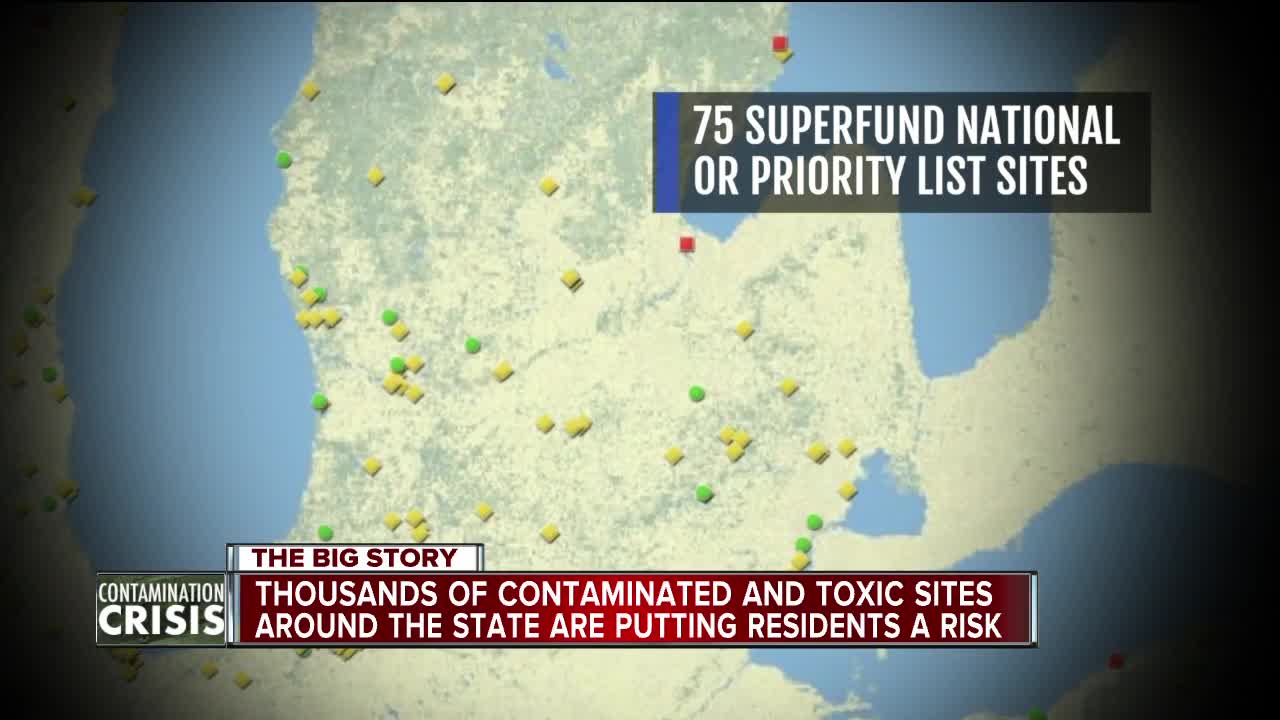 When green ooze started flowing onto I-696, it made national headlines. It was hazardous waste we could all see. 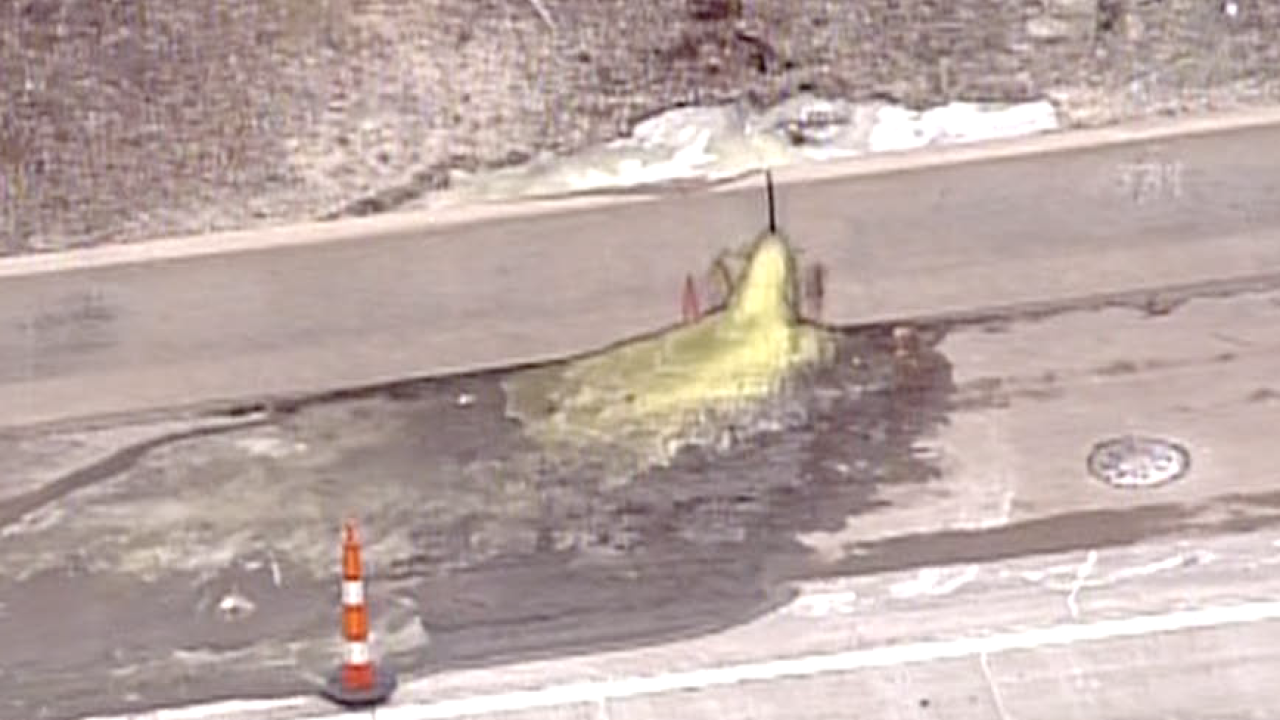 ST. CLAIR SHORES, Mich. (WXYZ) — When green ooze started flowing onto I-696, it made national headlines. It was hazardous waste we could all see.

In the meantime, there are literally thousands of contaminated sites around Michigan with waste that often is not so visible. Some of them are so severely contaminated the Environmental Protection Agency has put them on its National Priority List.

7 Action News visited Natasha Hardy while she was on maternity leave with her second son at their home in St. Clair Shores. When she and her husband bought the home on a canal to Lake Saint Clair they imagined the great times they would have enjoying the water as their young children grew up.

Only after they moved in did they learn, they live at one of just over 1300 Environmental Protection Agency National Priority List sites nationwide. The EPA put it on the list in 2010 and is working to address high levels of polychlorinated biphenyls, better known as PCBs in some of her neighbors’ yards, as well as the canal and the Ten Mile Drain that empties into it.

“We were really mad because they didn’t disclose it when we bought the house and I don’t know if we would have bought a house here if we had known that was the case. It is a really big deal, especially with little kids,” said Hardy.

It is a big deal because the CDC says PCB exposure can lead to rashes or liver problems in adults, plus behavior, learning and immune system changes in children.

PCBs were used as lubricants in electrical equipment until they were banned in the 70s. Investigators believe that decades ago a business at Lakeland Street and Harper used them. They washed into the storm drains, contaminating the Ten Mile Drain which empties into the Lange and Revere Street canals.

The EPA dredged the canals, but contamination in the drain made its way back to the canals. Signs warn that eating the fish from those canals could be dangerous. The EPA found some people who pumped canal water for their lawns have contaminated land. It is still working to test all properties that could be impacted. That is scheduled to happen in the spring.

The EPA cannot say when the clean up that has been underway now will be finished. The timeline is determined based on funding. Soil remediation at impacted properties is expected to cost more than $7.8 million.

“I think we all need to be much more alert about what might be out there and we need the political will at the federal level, at the state level, and the local level to get these sites cleaned up,” said Candice Miller, Macomb County Public Works Commissioner.

Miller says clean-up needs to be done so PCBs don’t travel into Lake St. Clair and put all on the Detroit water system in danger.

“That is the drinking water, the fresh water drinking supply for 4 million people,” she said.

And while there is no dangerous level of PCBs from this contamination getting into the drinking system, this is not the only problem area. The EPA has 75 superfund or national priority list sites in Michigan that it is helping to clean up. Plus there are thousands more not getting federal funding, waiting for state or local clean up.

As we learned when “green ooze,” which turned out to be toxic hexavalent chromium started flowing onto I-696 December 20th near Electro Plating Service, the Michigan Department of Environment, Great Lakes, and Energy told 7 Action News it knew hazardous waste was under the business, but didn’t prioritize it.

“There are thousands of sites across Michigan. We have funding to address a small number of them. And the ones we address have the most threat to human health,” said Tracy Kecskemeti, of the Michigan Department of Environment, Great Lakes & Energy.

“We can’t just be turning away from them when we know there is a potential of something migrating off these sites and becoming a bigger issue,” said Miller.

Candice Miller says she believes protecting the environment and waters in the Great Lakes state is an investment worth making, or families all over Michigan will pay a price later, be the cost our health, the way we enjoy the outdoors or dollars.