'This is the worst I have ever seen.' Witnesses testify about conditions inside Electro Plating Service building in Madison Heights 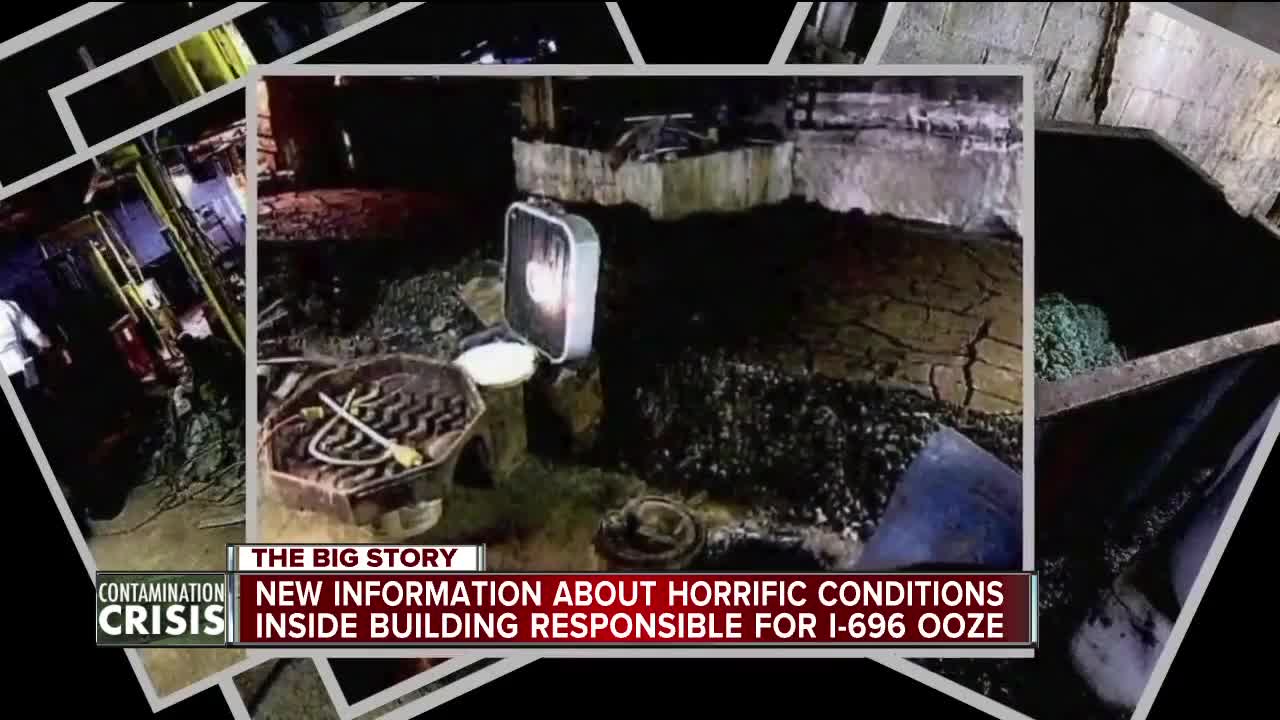 It sounds like a nightmare, but it is reality as described by the environmental scientists who responded to concerns about conditions inside Electro Plating Service in Madison Heights.

PONTIAC, Mich. (WXYZ) — It sounds like a nightmare, but it is reality as described by the environmental scientists who responded to concerns about conditions inside Electro Plating Service in Madison Heights.

We are learning new details about the horrific conditions inside Electro Plating Service in Madison Heights that officials say is responsible for the green ooze hazardous waste seen leaking onto I-696 last month.

Witnesses are testifying about the conditions during a trial underway this week in Oakland County Circuit Court. This as the city of Madison Heights argues in court that the man allegedly responsible for the green ooze that leaked onto I-696 should be forced to pay to demolish the building.

“This is the worst I have ever seen,” said Jeff Lippert, who worked as the EPA’s On-Scene Coordinator from 2016 to 2018.

Lippert said conditions were so poor, he didn’t feel safe inside the Electro Plating Service Building on Ten Mile in Madison Heights. He worried his crews would get hurt.

There were gaping holes in the roof. There were areas of floor that were missing. It appeared chemicals literally ate away the structure of the building.

“I remember taking a picture in the basement of an I-beam, where I assume acid had eaten through the I-beam,” said Lippert.

As for where that acid came from, there were about five thousand containers of hazardous waste, many unlabeled, some open to the elements, overflowing when rain came into the building. Some containers were in suspicious positions.

Thomas says during the initial assessment workers with the state didn’t see the concrete pit in the basement because it was hidden under metal plates. The liquid in that pit tested positive for toxic amounts of cyanide.

The contractor was not hired to clean the building thoroughly or soil in that pit, but to take liquid hazardous waste, identify, and dispose of it.

They pumped fourteen-thousand gallons of hazardous waste out of that earthen pit, then filled the pit with concrete gravel.

The judge asked why they put concrete in there, instead of removing the contaminated soil. They said they wanted to prevent it from filling back up with both ground water, rain water and contaminates.

Tracy Kecskemeti from the Michigan Department of Environment, Great Lakes, and Energy says this business was the second the department has shut down in its history because conditions were so deplorable.

“It was almost a hoarding situation with piles of hazardous waste sludge on the basement floor that were being dried with a window fan,” she said.

She says in her opinion the building needs to be demolished so the ground below can be decontaminated.

Madison Heights wants Gary Sayers to pay the approximately half a million dollar price tag for that demolition. Through his questioning it sounded like the attorney for Gary Sayers is trying to make the case that Sayers is not responsible for all of the contamination.