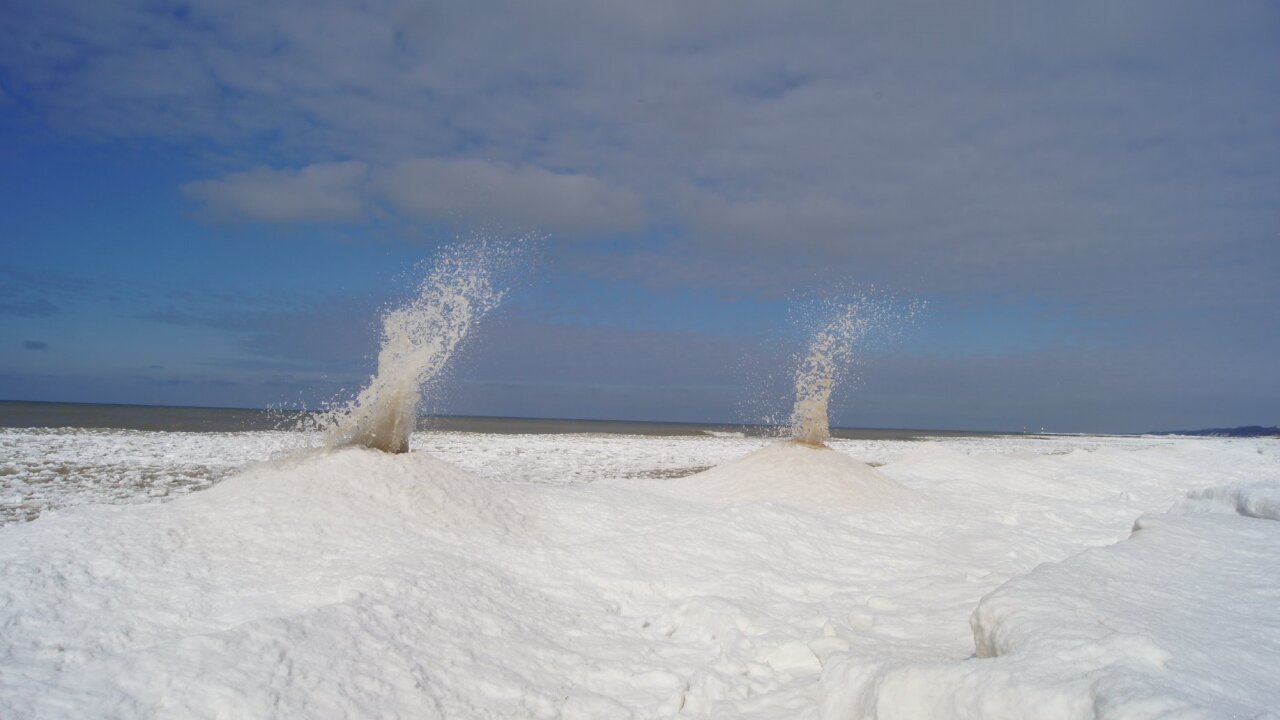 SAUGATUCK, Mich. (WXYZ) — Ice volcanoes sound like something you'd see in a movie, but they're right here in Michigan.

The volcanoes look to be erupting on a beach in Saugatuck along the Lake Michigan shoreline.

The National Weather Service says the volcanoes form at the edge of ice shelves, as waves battle the shore, and force water up through cones of ice.

It was a great day to visit the beach and watch the waves interact with the ice. Here's a couple "ice volcanoes" erupting at Oval Beach on Sunday, February 16, 2020. #miwx #wmiwx pic.twitter.com/B0Vkl18RrN

"You'll never know what you'll find at the lake until you go out there," NWS Grand Rapids tweeted. "Today, it was volcanoes."