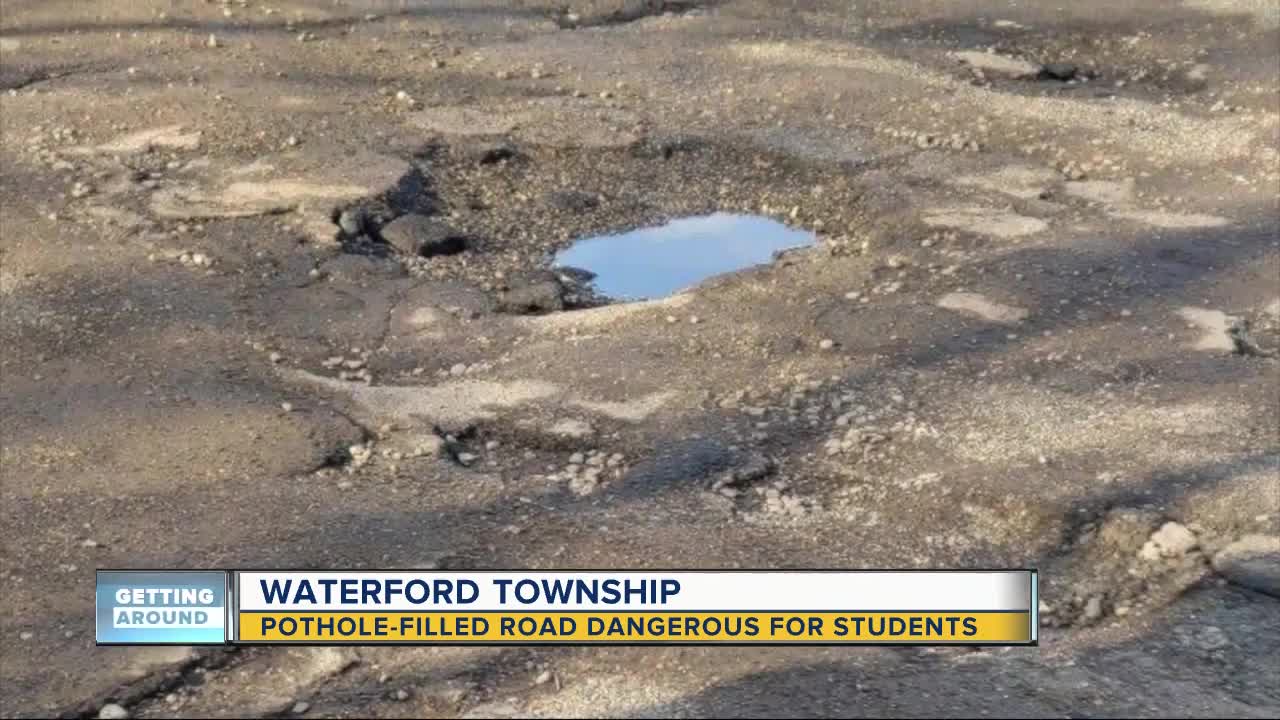 WATEFORD TOWNSHIP, Mich. (WXYZ) — A road filled with something better described as craters than potholes should come with a warning – Driver Beware.

Neighbors have been worried about the danger Wewoka Road causes for students who attend the nearby Donelson Hills Elementary School.

"Every morning we see these potholes."

Robert Miller, a Donelson Hills Elementary parent, isn't the only one complaining either. Before he got his van fixed, he took pictures of the cratered road.

Thursday AM on @wxyzdetroit we discuss how a road causing damage to cars bringing kids to school is unlikely to get anything more than a patch-job. This, as parents tell us: they're hitting a boiling point. Our story airs around 6:30a -- tune in! pic.twitter.com/S33DU2eSGq

"I had another parent go by and say: 'Finally, somebody is doing something about it,'" Miller said.

But unfortunately, there's been no fix so far.

Hughes says her daughter Shelby's known to yell at drivers going too fast.

Just one more problem – there is more to this lack of a road fix.

"The entire cost would fall to the residents' homes who face on that road."

How does the state fund pothole-filled roads like Wewoka in Waterford Township?

They get a mere $2,000 a year to fix street signs, remove snow and patch roads. That leaves the bank account empty, so the county allows the landowners to band together to pay via tax – meaning the people who live here and the school would need to ask, vote and pay for the fix.

"Understandably they don't have a lot spare money, a lot of school districts are struggle. They're reluctant to spend money on something that doesn't relate directly to classroom education," said Craig Bryson with the Oakland County Roads Commission.

So for now, buses and cars continue to get battered.

"They bump up and down. I can only imagine the damage being done."