Feds set up the fake university in metro Detroit 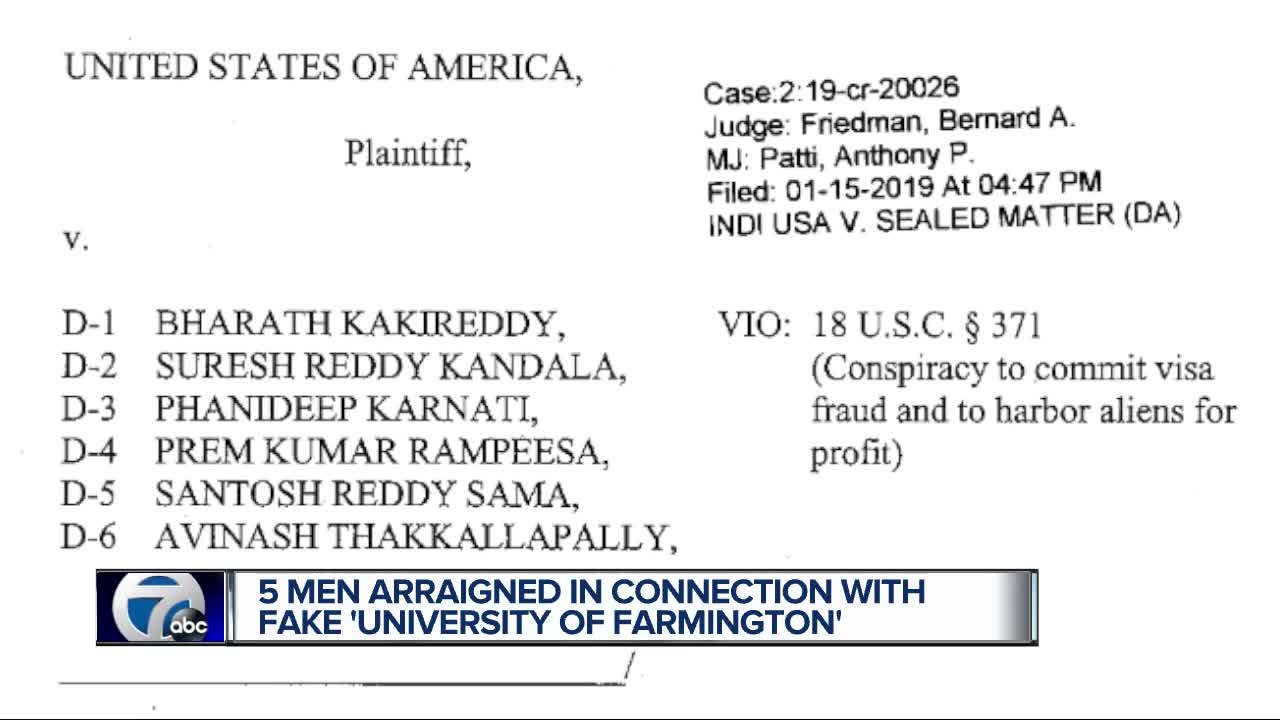 Five people appeared in federal court to face immigration related charged in connection with the University of Farmington sting.

DETROIT (WXYZ) — Right now a sting operation in Farmington Hills is at the epicenter of an international diplomatic fight. India is pressuring the United States to release more than one hundred people who it says may be victims of the government’s deception.

Phanideep Karnati of Louisville, Kentucky, Santosh Reddy Sama of Fremont, California, Avinash Thakkallapally of Harrisburg, Pennsylvania, Naveen Prathipati of Dallas, and Aswanth Nune, 26, of Atlanta, Georgia all appeared before a judge on Monday in connection to that sting.

They all entered not-guilty pleas to charges they were part of a conspiracy to commit visa fraud. The penalties are up to five years in prison and a fine of $250,000.

Only one, Phanideep Karnati, was released on $10,000 bond and returned home to his wife and two children. His Attorney John Brusstar says his client is not guilty.

“I know the family is distraught and we want to fight this to the end,” said Brusstar. “The government may have done a sting they should not have done. And I think the facts will bear that out as these people were ensnared in this program.”

But there is a big question. The government arrested about 130 enrolled students who are now facing deportation. Did all students know it was a fake school?

Workers in the building say they saw students came looking for classes.

The Indian government is calling on the U.S. to release these students as soon as possible because some quote, “may have been duped.”

Investigators would not go into specifics due to the on-going investigation, but said they had measures in place to ensure innocent people weren't ensnared in this sting.