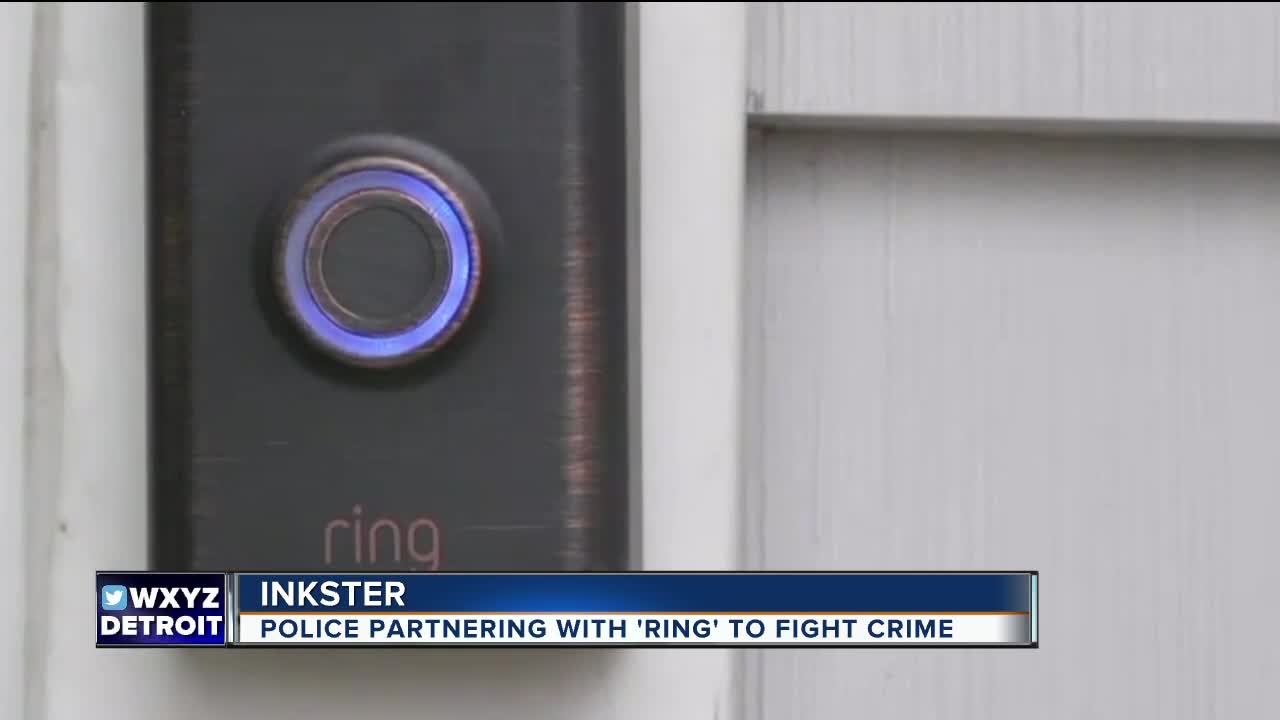 The Inkster Police Department is a small department of about 30 officers. So they are leveraging technology to solve crimes, and they are using what's on many of your front doors. It recently becomes a tool to identify a suspect in a stranger danger case.

INKSTER, Mich. (WXYZ) — An Inkster homeowner captured video of a vehicle connected to a stranger danger case, according to police.

"We were able to get video footage from a ring video camera," Andrea Lebo said.

The vehicle is described as a dark colored Dodge Durango. Police say a man inside the SUV approached a 12-year-old Stevenson Middle School student.

Now, the Inkster Police Department is boasting of a partnership that could help fight crimes similar to the stranger danger incident.

Inkster police have forged a video-sharing partnership with the California-based company Ring, which has millions of internet-connected cameras sprawled out across the U.S.

"I'm excited because this is just one more avenue to fight crime," Lebo said.

Inkster police can request video in an area where a crime occurred. The request is through the Neighbors app. Ring sends an email to the user for permission to use the video.

Civil liberties advocates have brought up concerns about privacy and threat to civil rights and liberties, especially in minority communities.

Ring said in a statement: “Ring’s mission is to make neighborhoods safer. We work towards this mission in a number of ways, including allowing local police to share official, important crime and safety updates with their residents through the free Neighbors app. Ring has designed the Neighbors app in a way that upholds our user privacy standards and keeps residents in control. We’ve seen many positive examples of residents and local police engaging on the Neighbors app and believe open communication is an important step in building safer, stronger communities.”

Inkster police say if users share their video they would not be asked to testify in court or provide a statement.