'It was all gone.' Erosion along Lake Huron wreaking havoc for residents, businesses 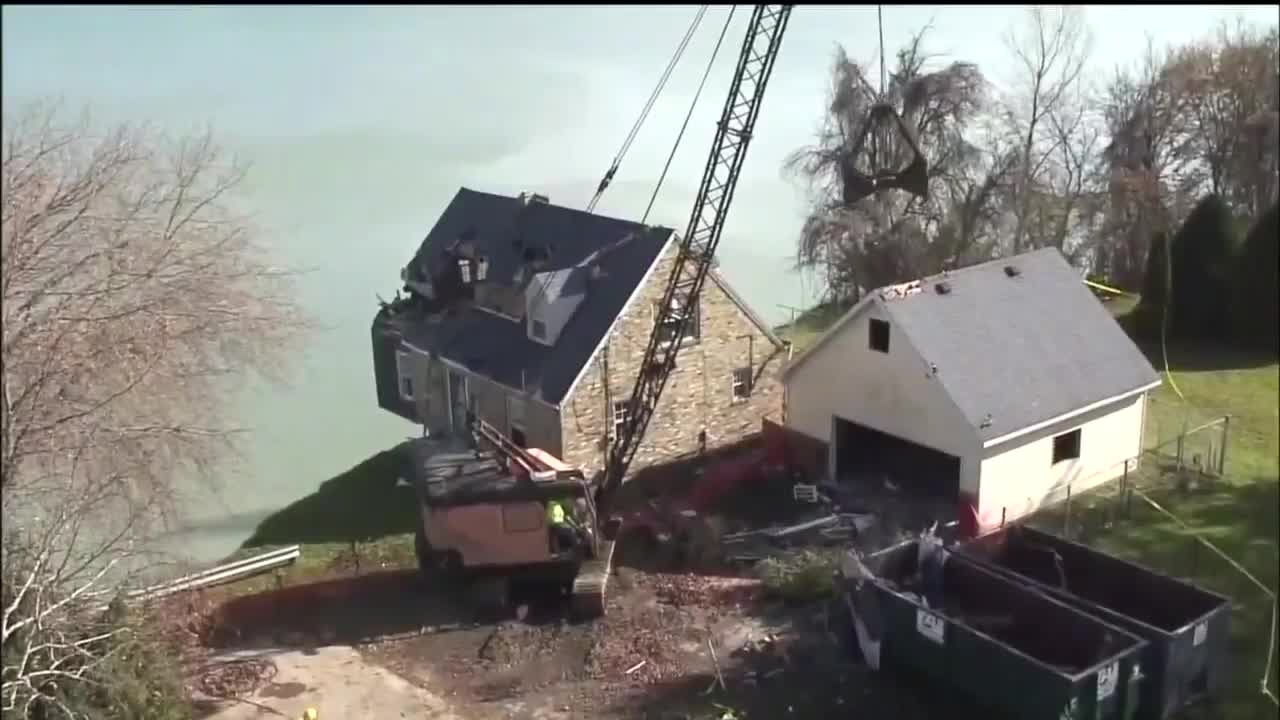 High water levels along the Great Lakes are wrecking havoc along the shorelines, and it's leaving everyone with property scrambling.

SANILAC COUNTY, Mich. (WXYZ) — High water levels along the Great Lakes are wreaking havoc along the shorelines, and it's leaving everyone with property scrambling.

Jill Laidlaw runs Camp Cavell along Lake Huron in Sanliac County. She helps people who need a little more attention, just like the lake shore in her camp needs now. She told 7 Action News Chief Meteorologist about the erosion.

"We came down in the morning and it was all gone," Laidlaw said. "I had hopes that the water would go down and I kept praying and saying it's going to go down and when I came down and saw that it did this overnight, I thought, 'Jill, you have to stop.'"

Of course, Jill isn't the only one in trouble. We are the Great Lakes State, and Lakes Michigan, Huron, Erie, and even our own Lake St. Clair, are at all-time high levels, turning our most prized resources into natural destroyers.

In 2019, there were 63 advisories and warnings for lake shore erosion and flooding along the Great Lakes in southeast Michigan.

In the decade before that – there were only a handful.

So why the sudden change? Deanna Apps from the U.S. Army Corps of Engineers said it is pretty simple.

There also isn't much good news going forward. In the next six months, the Army is projecting at near or above record levels.

That puts us into mid-summer still dealing with record high water.

Even if water drops at that point, it will take many more months to get to normal levels.

Is there anything that can be done to help? Building seawalls, filling in erosion, and moving buildings can, but at a high cost. Even then, there are no guarantees.

It's simply fight that nature is winning.

Fred Kamp has lived his entire life along Lake Huron and said this is as bad as it gets.

It's a helpless feeling knowing that we will lose more.

"I had hopes water was going to go down," Kamp added.

Even though the water will eventually subside, Jill can't wait that long. So she keeps fighting against the odds.