'It was scary. I didn’t see a way out.' Man speaks out after surviving trench collapse while working in Detroit 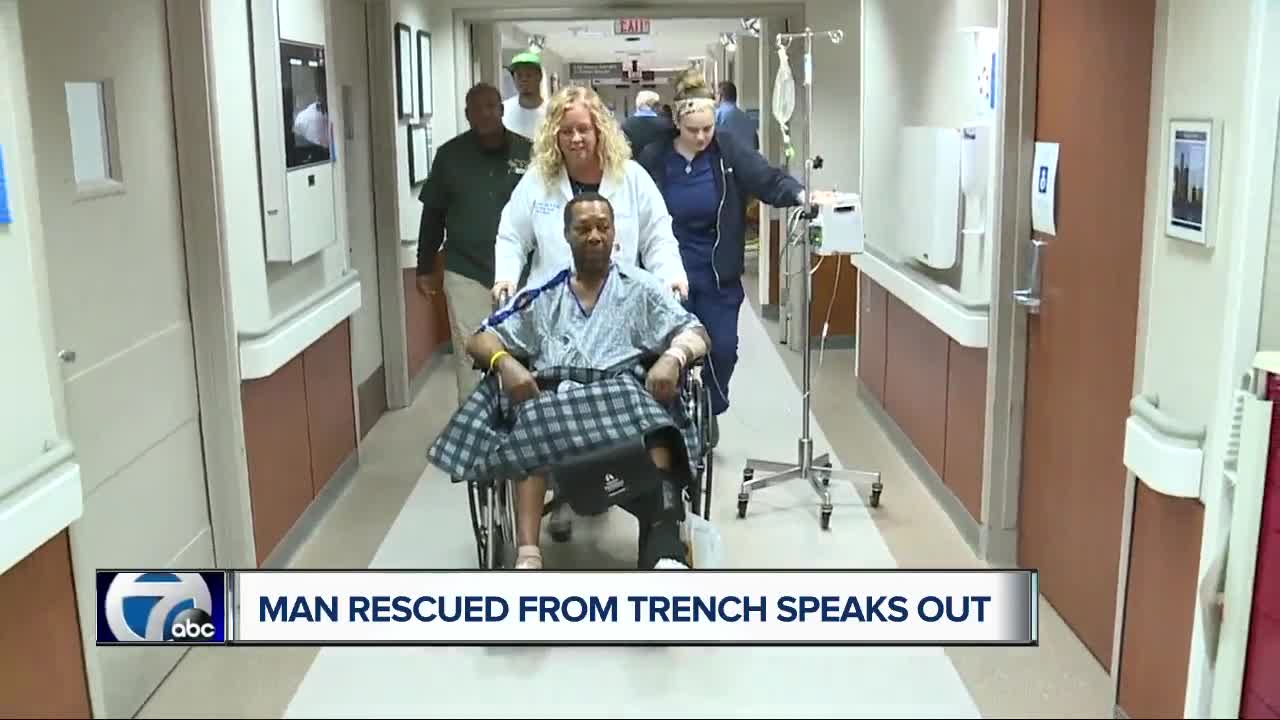 You saw video from Chopper Seven as first responders worked to free a man buried alive after a trench collapse at a home on University Place in Detroit earlier this week. Now, that man is sitting down for an exclusive interview, sharing his story in the hope of helping others. 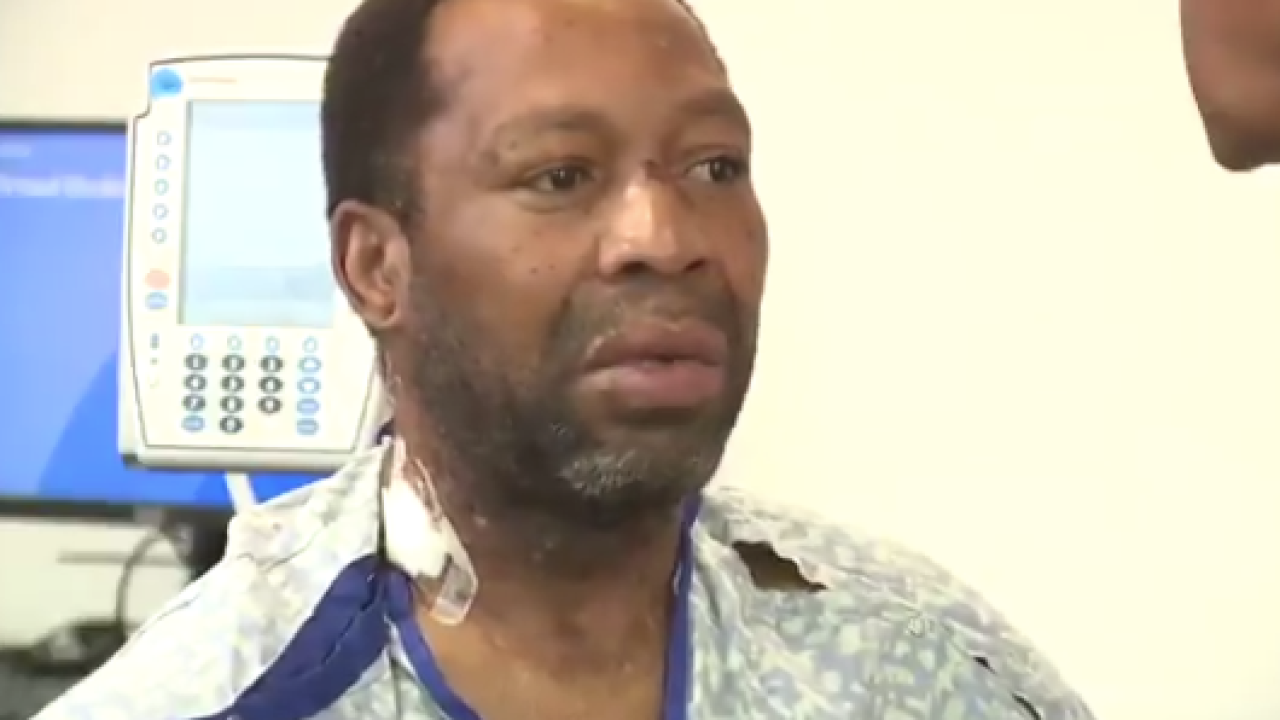 DETROIT (WXYZ) — You saw video from Chopper Seven as first responders worked to free a man buried alive after a trench collapse at a home on University Place in Detroit earlier this week. Now, that man is sitting down for an exclusive interview, sharing his story in the hope of helping others.

Workers had dug an 8-foot deep trench in a backyard as they replaced a sewer line. The trench then collapsed, burying a worker from the chest down.

“It was scary. I didn’t see a way out,” said Aaron White, who remains in the hospital recovering.

A trauma team was on standby in case his legs had to be amputated to save his life, but amazingly he survived whole. Only on 7 - the worker buried alive speaks out with a message for others as he recovers at Ascension St. John Hospital. Tune in at 6 for his emotional interview. pic.twitter.com/4wr58jQytA

Right now doctors are monitoring his bloodwork, as crushing injuries can lead to muscle death. The chemicals released can strain your kidneys, however, White appears to be healing well.

White’s brother and son were by his side as he shared his story at Ascension St. John Hospital in Detroit. He says he thought of them as crews spent hours trying to dig him out.

He says he went in the trench after his boss asked for help when a piece of equipment malfunctioned. He is calling on other workers to remember this story.

“Make sure that dirt is pushed back on both ends,” he said. “Take it easy. Observe your situation. Look at everything around you. Don’t just jump down in there.”

Tune in at 6 to see this story - only on @wxyzdetroit. I have covered too many fatal trench collapse stories. I am happy to share with you the story of a man who survived being buried alive. pic.twitter.com/wfscEDDRqm

MIOSHA investigates trenching accidents where workers are hospitalized or killed. This year one person died and two were injured in similar accidents.

There are laws requiring dirt be pushed back to a certain slope at a certain height, depending on the type of soil. In other cases trench boxes are called for.

MIOSHA warns companies to follow the laws for safe trenching or face thousands of dollars in fines.

White knows he is lucky. Firefighters say they feared his condition would worsen, forcing an amputation of his legs to free him. They had a trauma team on standby, then succeeded at getting him out before it came to that.

“First responders, the ambulance, everybody who was there, thank you," White said. "I didn’t have to be here, if it wasn’t for them."