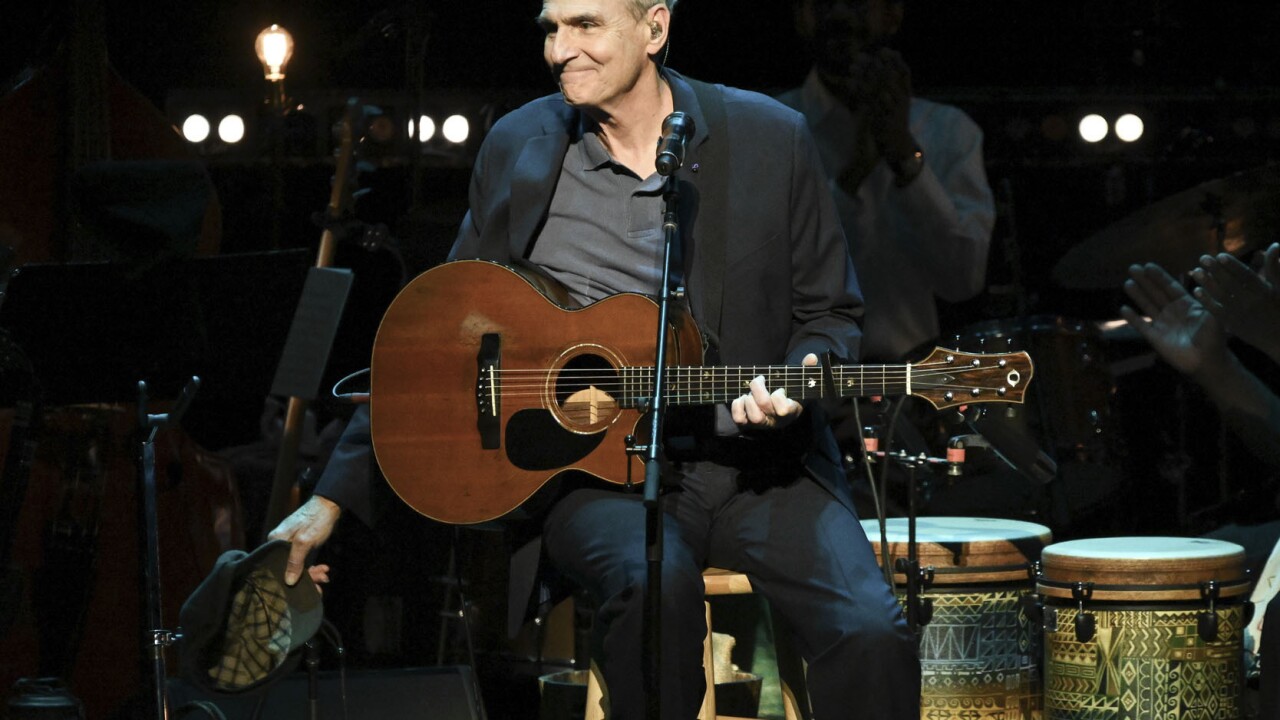 Richard Shotwell/Richard Shotwell/Invision/AP
FILE - This Nov. 7, 2018 file photo shows James Taylor performing at JONI 75: A Birthday Celebration in Los Angeles. Taylor has a deal with the producer-distributor Audible for the audio-only “Break Shot,” focusing on his early years and end on “the cusp” of his 1970s fame. Scheduled for early 2020, the book features an interview with journalist Bill Flanagan and highlights from his music. (Photo by Richard Shotwell/Invision/AP, File)

(WXYZ) — legendary singer and songwriter James Taylor is coming back to the Motor City this summer.

“I’ve always had songs I grew up with that I remember really well, that were part of the family record collection - and I had a sense of how to approach, so it was a natural to put American Standard together,” explains Taylor. “I know most of these songs from the original cast recordings of the famous Rodgers and Hammerstein musicals, including My Fair Lady, Oklahoma, Carousel, Showboat and others.” He adds, “In terms of how they were performed and recorded before, we paid attention to the chords and melody, but we were interested in doing something new, and in bringing something new to it, we’ve reinterpreted the songs, that’s what makes it worth doing.”