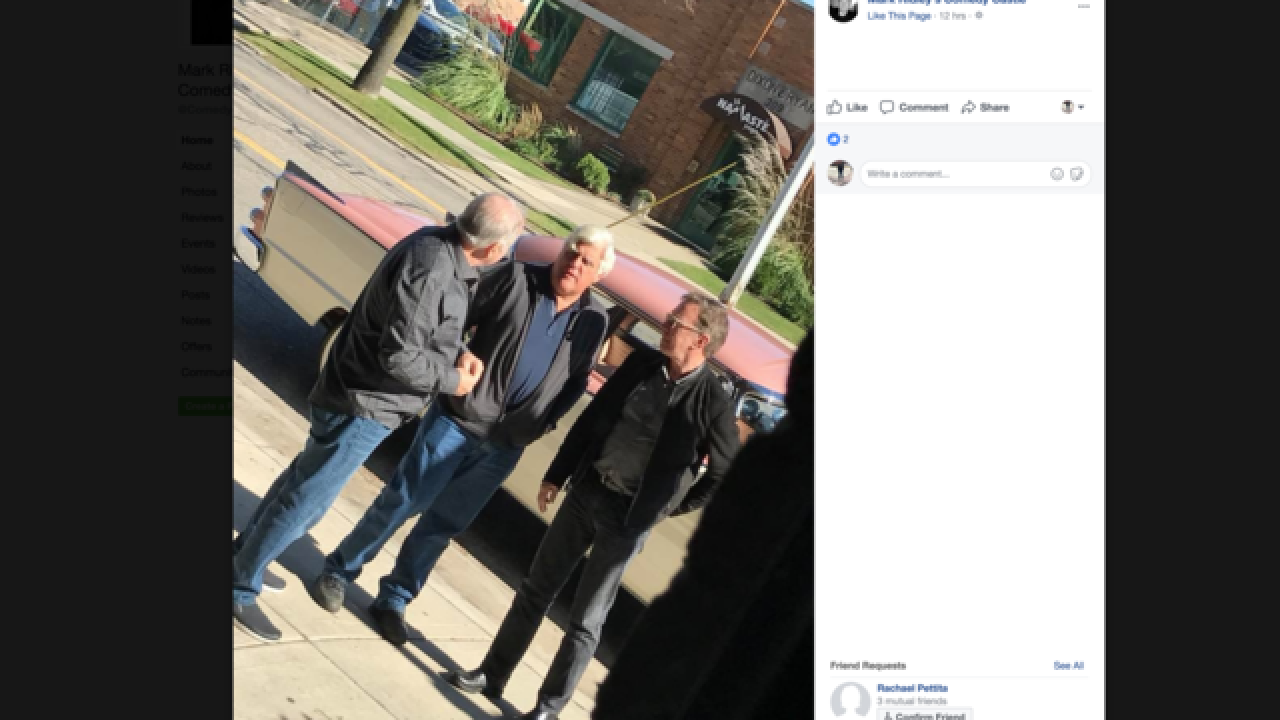 Just a couple of days after comedian and former Tonight Show host Jay Leno praised a metro Detroit Chinese restaurant for their food, Leno and another comedian were spotted again.

In a post on Mark Ridley's Comedy Castle Facebook page, Leno and Michigander Tim Allen were in Royal Oak on Wednesday shooting an episode for Leno's show "Jay Leno's Garage."

Some familiar faces were at the club today. @jayleno & @ofctimallen filmed a spot for @LenosGarage. Look for it on air this season! pic.twitter.com/Wg8MaWix2P

According to the comedy club, look for the episode to air this season.

On Monday, Leno visited New Peking Restaurant in Garden City, saying the restaurant had someo fthe best shrimp he had ever eaten.