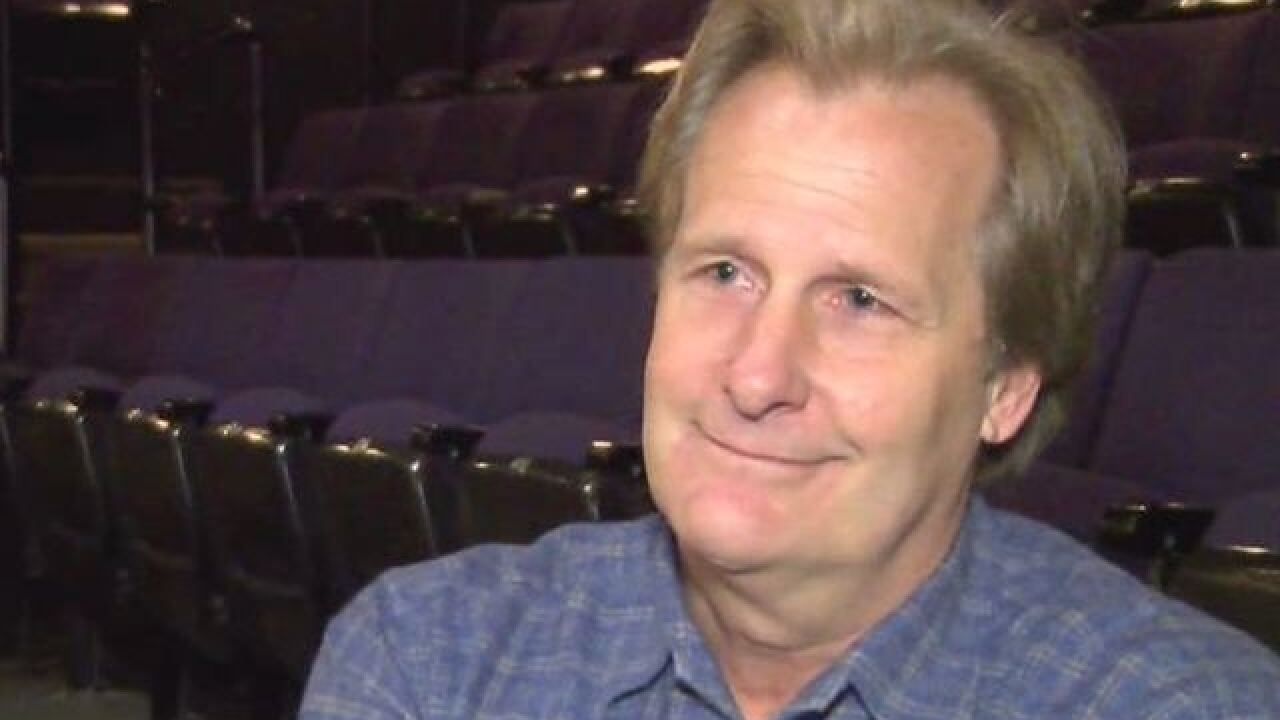 Galli, Brad
<p>Jeff Daniels talks about 'Dumb and Dumber To,' 'The Newsroom,' and raising a family in Michigan with WXYZ's Brad Galli.</p>

(WXYZ) — Actor and Michigan native Jeff Daniels said "it's the end of democracy" if President Donald Trump wins re-election in 2020 during an appearance this week on MSNBC.

Daniels was being interviewed on MSNBC's "Deadline: White House" while talking about this role as Atticus Finch in the Broadway showing of "To Kill A Mockingbird."

While discussing his role as Finch, Daniels said his character as Finch has to go through a change different than in the popular book, and believes there is good in everyone. When asked about a line in the play with children watching and seeing a KKK member, Daniels compared that to what he hears living in Michigan.

"I live in Michigan. After the election, I was surprised at some of the people. I said, ‘Can you believe this election?’ and they said, ‘Yeah, isn’t it great?'" Daniels said. "You’re going “whoa,” and my wife’s on Facebook saying, “we have another Trumper.” You didn’t see it coming."

He also said that there are people in the Midwest who may not care enough about things or know enough, but they have to make a decision right now.

You have to decide, whether, like Atticus, you have to believe that there is compassion, decency, civility, respect for others, do unto others. All that stuff you guys believe in, and you still voted not for Hillary or For Trump," Daniels said. "Where are you now? Your kids are looking up at you going, 'but he lies,' and I think there are a lot of people in the Midwest going, it might be enough for them. We’re going to find out.

"If the big gamble is to go all the way to November 2020, which I agree, and lose, it's the end of democracy," he added.

Daniels also compared the mobs in the play to Trump's rallies, saying from the play, "A mob is a place where people go to take a break from their conscience.

Daniels said Republicans used the last card they had to save the Republican party, which he said was "the race button," saying that they aren't going to go quietly. He also blasted Senate Republicans for not standing up to Trump and for not making a difference, even saying those like Jeff Flake and Bob Corker weren't being courageous, they were just making sure they had a job after the left the Senate.

"Courage is standing up and being a true patriot like we used to have in 1776," he said. "I need people to stand up and be heroic, because democracy is at stake."

Check out his interview below.