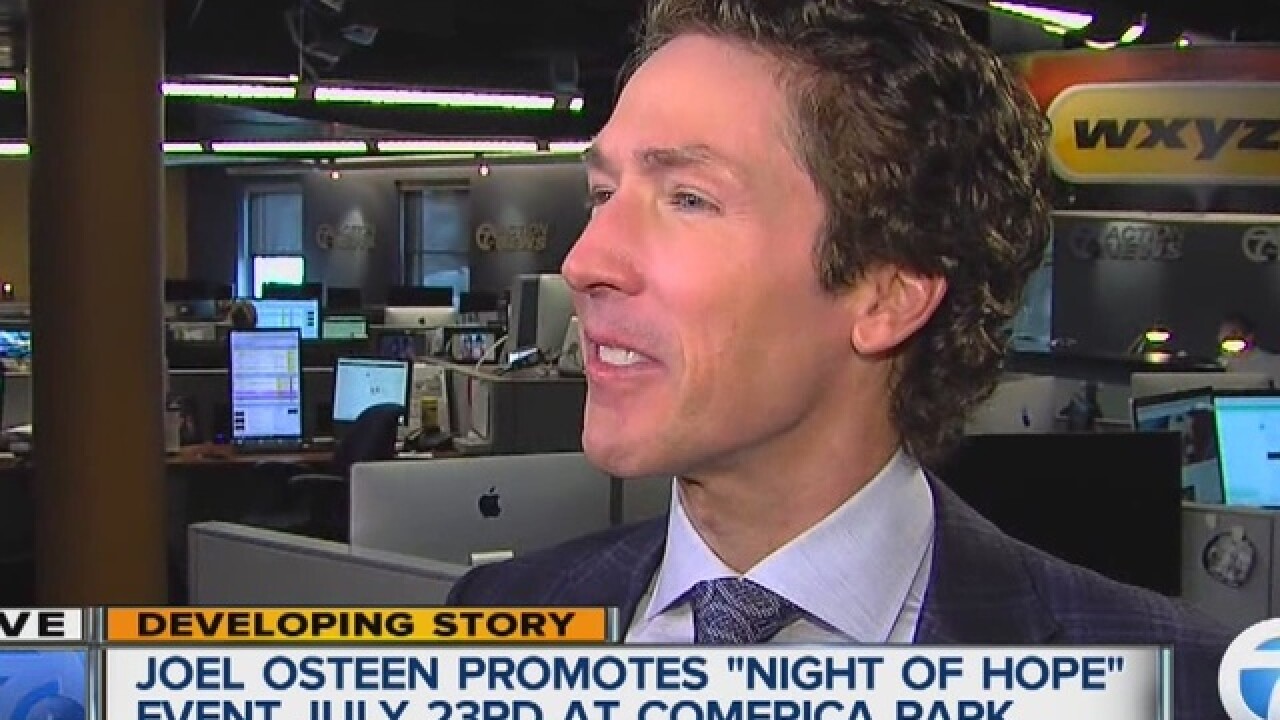 Pastor Joel Osteen is coming to Comerica Park next month for his annual Night of Hope event.

Osteen reaches more than 7 million people with his message each week and now he and his wife Victoria are hitting the road making a stop right here in Detroit.

He was at Broadcast House Monday morning sharing his excitement about coming to the motor city.

“It’s a great night in the stadium, two and a half hours of music and inspiration and you know I just believe people will come out, we’ll let them know that there are good things in the future and it’s really a time to let go of the old and get ready for the new things god wants to do,” Osteen said.

The Osteen’s are expecting tens of thousands of people to attend the Night of Hope at Comerica Park.

“We felt that Detroit was a city that needs hope, we all do but it just felt right for us, we have good support here it’s a lot of good people so it just felt good be here,” Osteen said.

It’s happening July 23 with a message of a fresh start Osteen says spans across religious boundaries.

“It’s for everybody, I believe when you put the principals of The Bible into motion, you know you can have a better attitude, you can overcome the past, you can reach your dreams so that’s what we talk about so it’s for everybody,” he said.

You’ll hear a sermon from Osteen, a testimony from his mother and music from his son and daughter who all with hopes of leaving our city a little bit better than they found it.

“It’s called Generation Hope, so we’ll go to the schools and different places, you know we’ll being several hundred volunteers just to help improve the community, not just in word but indeed as well,” Osteen said.

Tickets are still available for Joel Osteen’s Night of Hope - and we’re giving some away. Click here to enter to win.