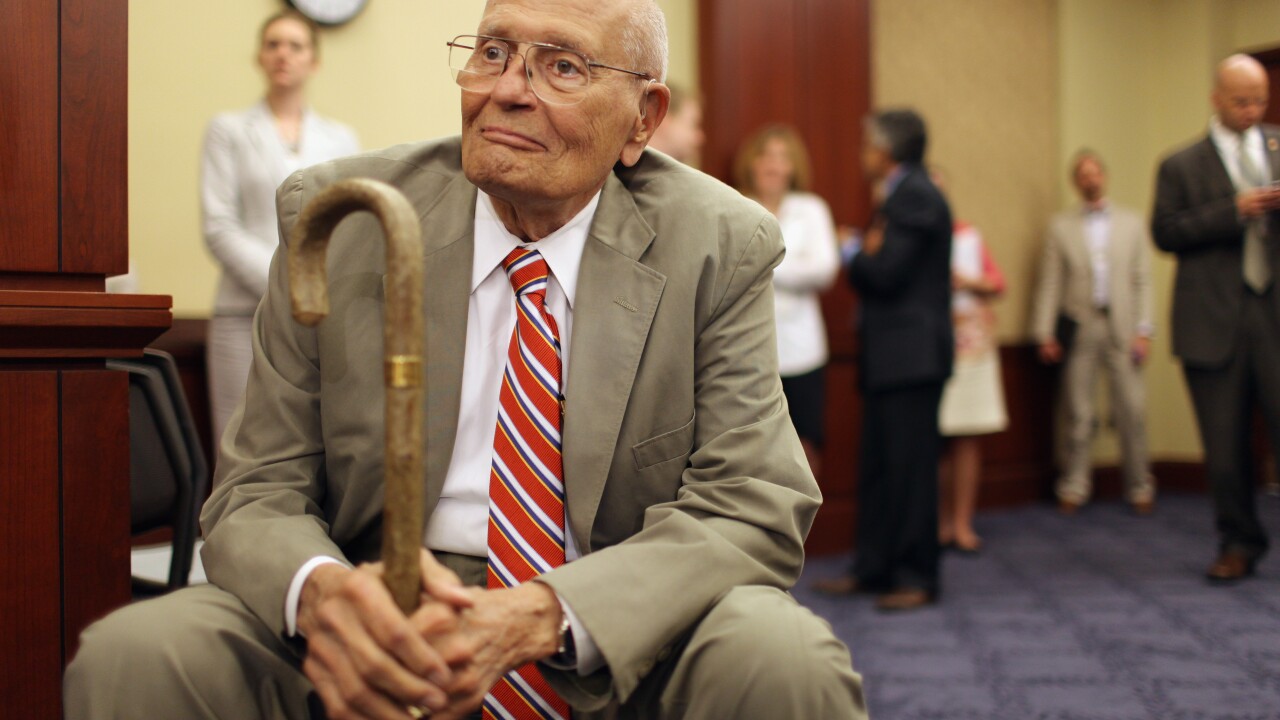 Chip Somodevilla/Getty Images
WASHINGTON, DC - JULY 27: U.S. Rep. John Dingell (D-MI) participates in a news conference and rally to mark the 46th anniversary of the passage of Medicare in the U.S. Capitol Visitors Center July 27, 2011 in Washington, DC. The longest currently-serving member of Congress, Dingell wielded the gavel during that historic session of the House of Representatives in 1965. (Photo by Chip Somodevilla/Getty Images)

(WXYZ) — Before he died Thursday, John Dingell had one last message for the country.

The Washington Post has published an opinion column from Dingell, which the paper says he dictated to his wife, Congresswoman Debbie Dingell, just before he passed away.

In it, Dingell says "I’m immensely proud, and eternally grateful, for having had the opportunity to play a part in all of these efforts during my service in Congress. And it’s simply not possible for me to adequately repay the love that my friends, neighbors and family have given me and shown me during my public service and retirement."

Dingell also talks about the role of government, what he views as the country's progress over the last 50 years and his relationship with Debbie Dingell.