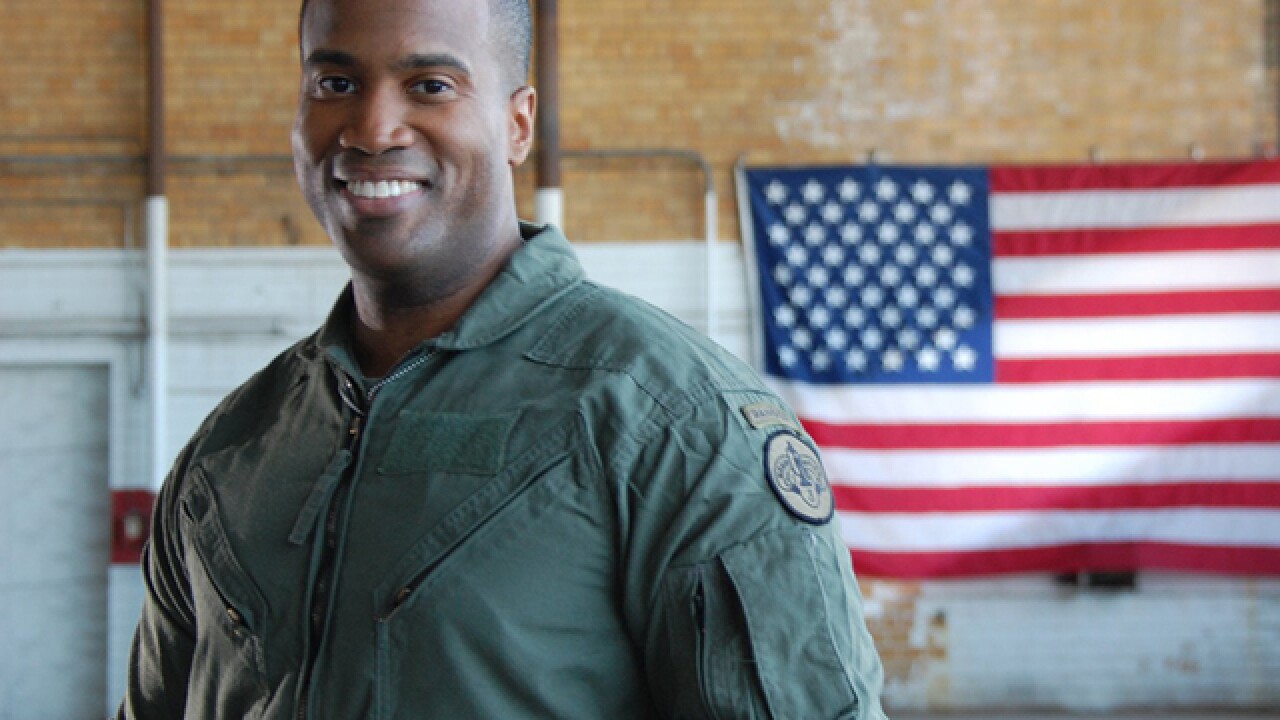 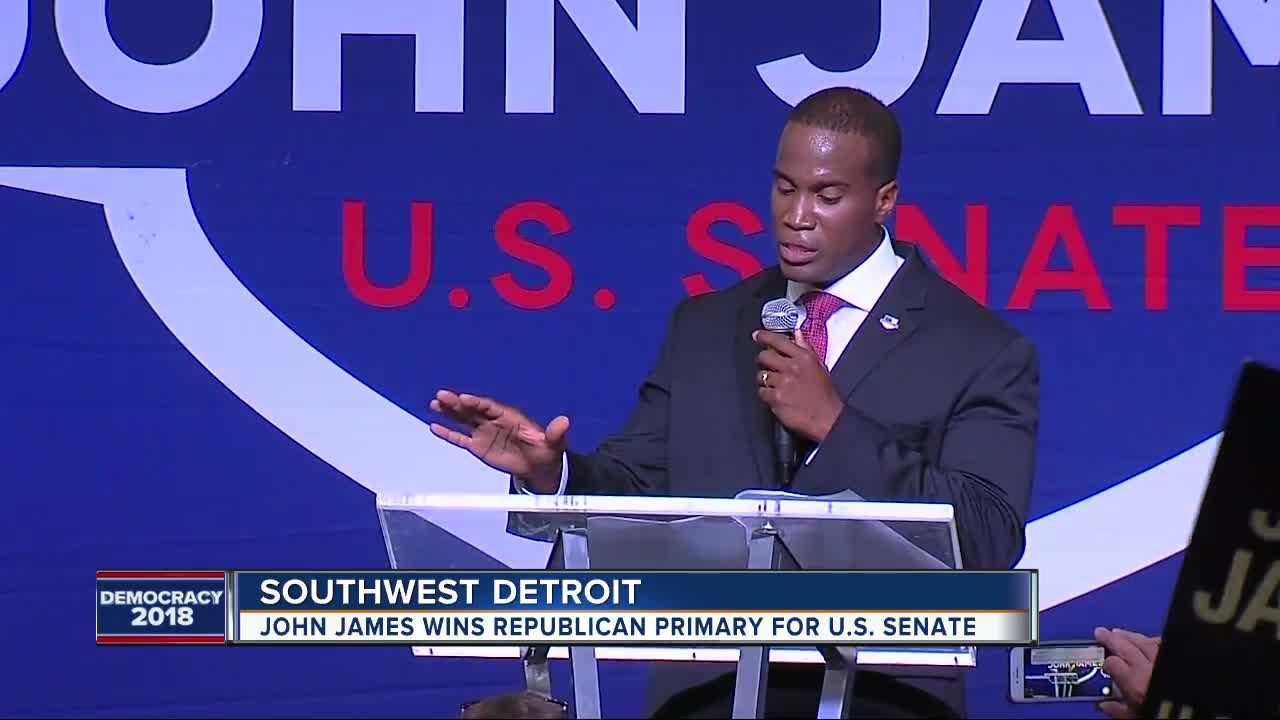 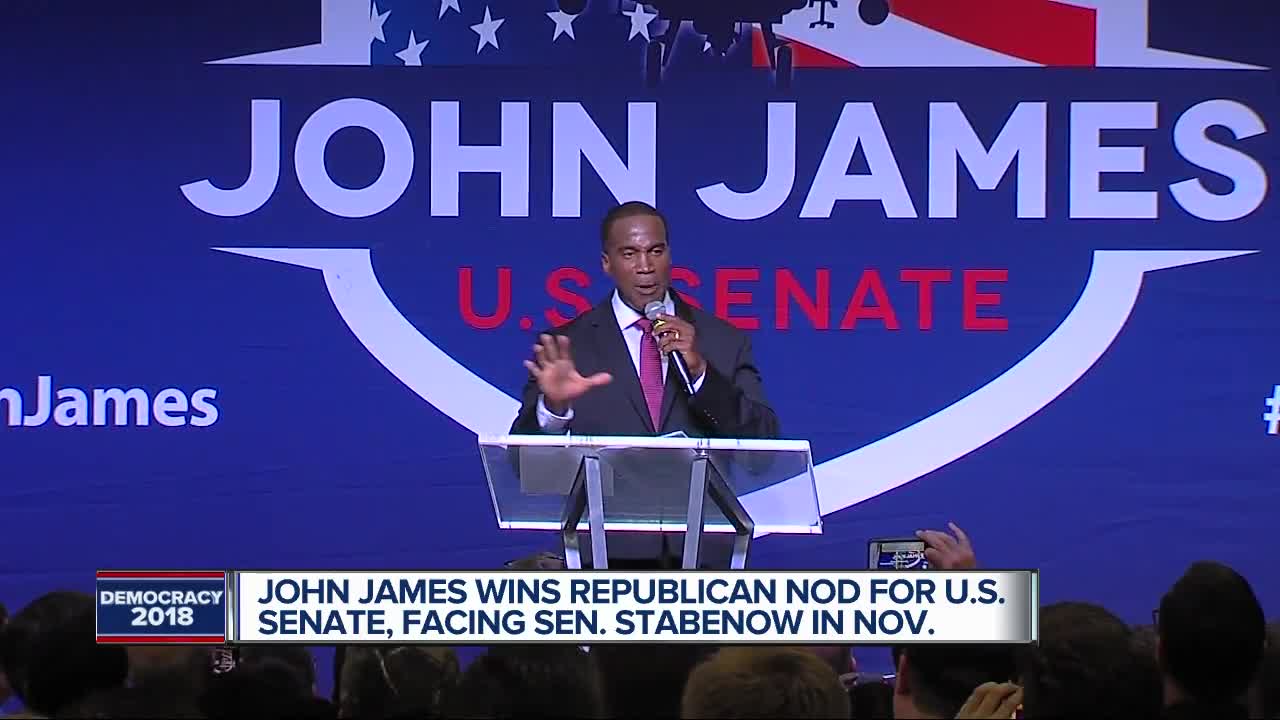 James, a political newcomer, convincingly defeated buyout firm founder Sandy Pensler in the GOP primary. The two traded barbs over their business records, conservative credentials and Trump, who swung his support behind James more than a week before the election.

Stabenow is seeking a fourth Senate term and has easily fended off past challengers, but Trump's narrow 2016 victory in Michigan has the GOP hopeful it can flip the seat.

James, 37, of Farmington Hills, has been highlighting his business credentials and military service. The West Point graduate flew Apache helicopters in combat and led two platoons during the Iraq War. After being honorably discharged, he joined his father's Detroit-based group of companies: James Group International Inc. He is CEO of Renaissance Global Logistics, which ships supplier parts to auto factories around the world.

James is Michigan's first black Republican nominee for a major statewide office in more than three decades, but he has said he only wants to be assessed on his character.

When Pensler entered the race, he had the financial advantage after loaning his campaign $5 million. But James, who gave his campaign $50,000, has made up ground, raising $3.9 million as of the end of June while securing endorsements from Right to Life, the Michigan Chamber of Commerce and the Senate Conservatives Fund. Entering July, he had $1.3 million cash on hand compared to Pensler's $2.3 million. Stabenow, who faces no primary challenger, had $9.6 million in the bank.