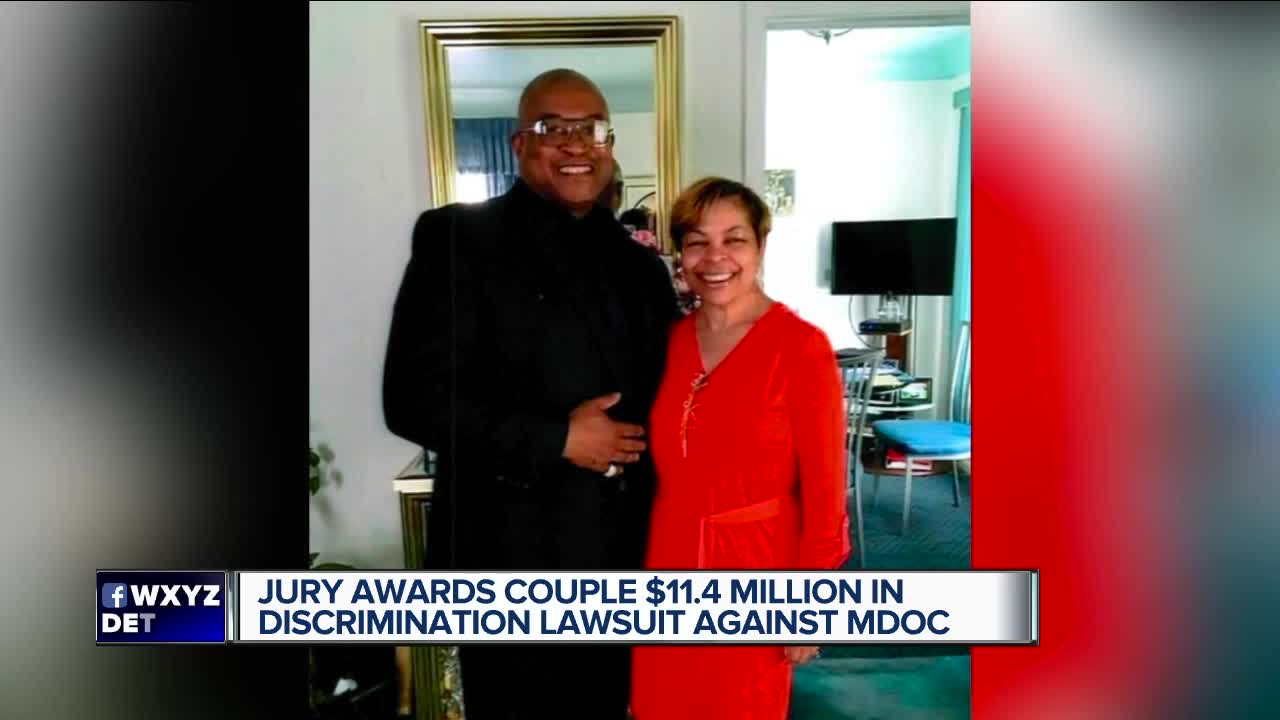 Lisa and Cedric Griffey both worked at the state prison in Lapeer. She worked in an office with all white fellow employees.

FLINT, Mich. (WXYZ) — Lisa and Cedric Griffey both worked at the state prison in Lapeer. She worked in an office with all white fellow employees.

She filed complaints that she was in a hostile work environment.

One fellow employee asked her if she wanted “chitlins on her pizza.” Another said to her, “morning Mammy” and she was referred to as the “black one.”

The case was not easy, 6 weeks and 41 witnesses. But the all-white jury in Flint awarded $11.3 million dollars. “We were very emotional, teary. We were huddled together in the courtroom,” said their Attorney Jonathan Marko.

The state moved Lisa to another job and went after Cedrick who was a model employee as a deputy Warden for years.

Marco said the jury did not buy the state’s defense, “I think that really bothered them, the cover-up.”

In 2017 Cedric was given a Corrections Professional Excellence Award and a letter from the governor. Later that year he would be forced out with what the attorney says were fake charges the jury didn’t buy.

“If you embarrass the department or you rock the boat, they get ya,” Marco told 7 Action News.

He also says the state should correct the Department of Corrections, “The verdict was to hold them responsible for what happened. But the scary thing is these same people who did this to the Griffeys are still working there.”

The case was defended by the Michigan Attorney General.

In a statement from spokesperson Kelly Rossman-McKinney we were told, “We are extremely surprised and disappointed in this jury decision and its $11.3 million verdict. We are reviewing our options with our client but we fully expect to appeal.”