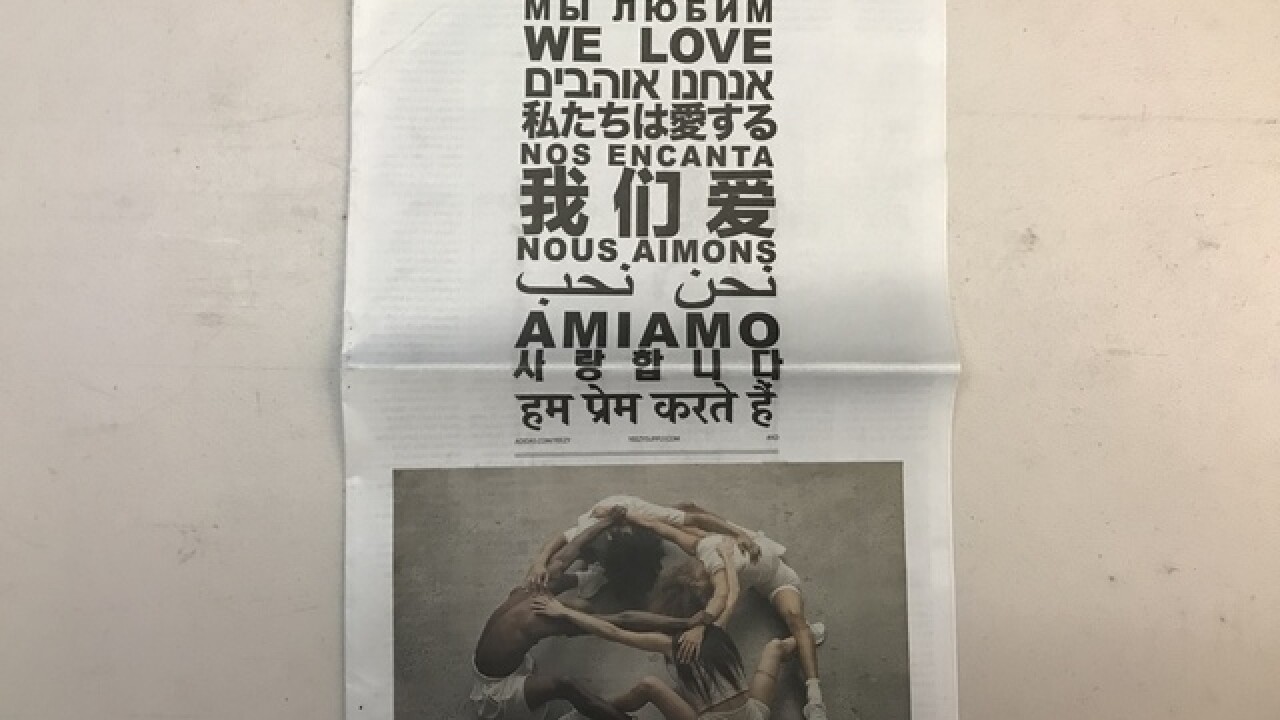 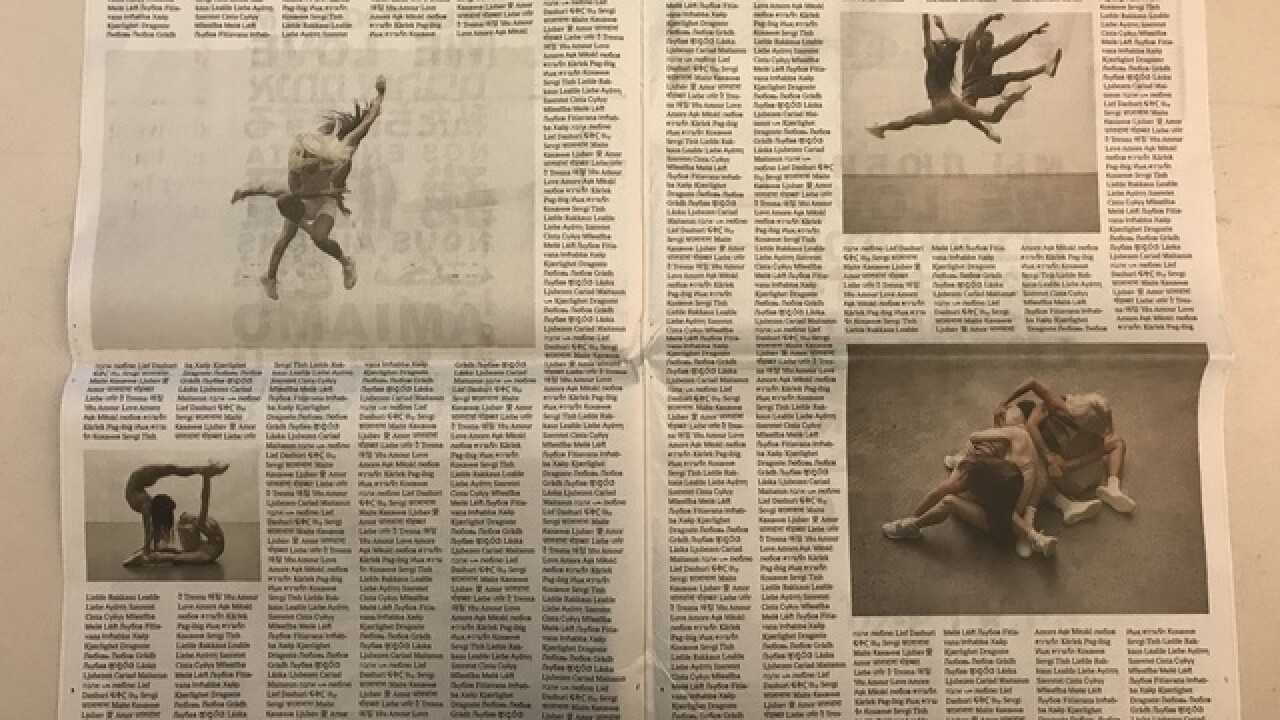 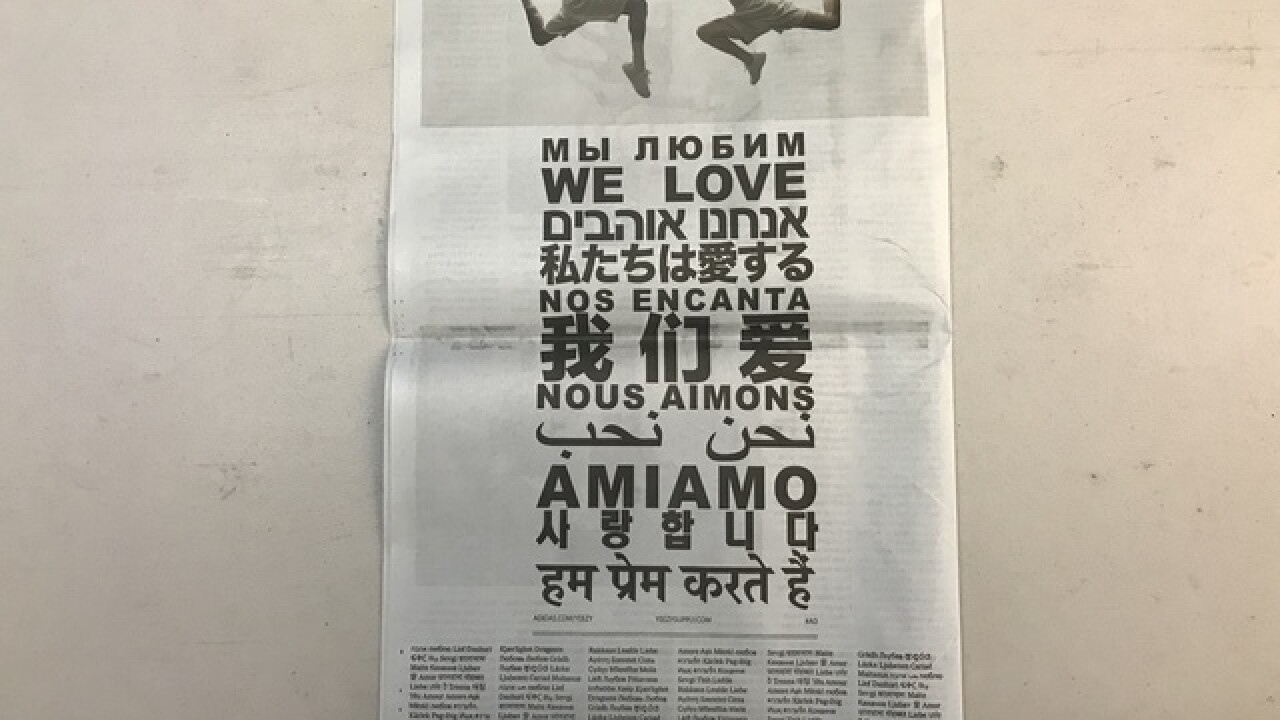 Timed for the release of his new Yeezy Boost 350s, Kanye West has taken over the front page of both the Detroit Free Press and Detroit News with an advertisement for the sneakers.

According to the Detroit Free Press, it's only the second time the newspaper has given up its front page of the print edition for an advertisement.

The ad features four people with their arms around each other wearing an unnamed Yeezy sneaker and the words "we love" in 11 different languages.

West promoted the advertisement on his Instagram page on Thursday night.

In all, the ad spans four total pages; a front and back with two inside pages.

The Yeezy Boost 350 will be the biggest sneaker drop in the partnership between West and Adidas.

According to the Free Press, the ad will also run in other major metropolitan newspapers, and the cost of an ad like West's could cost around $100,000.

Check out the photos below.