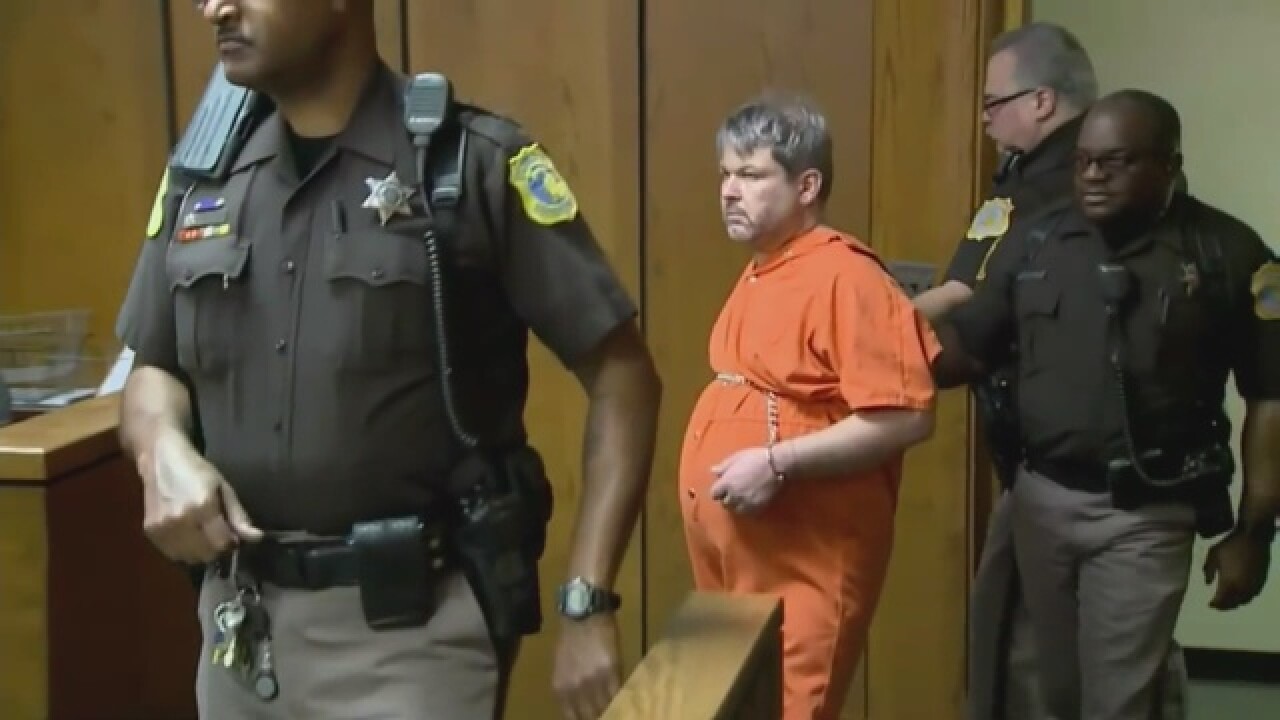 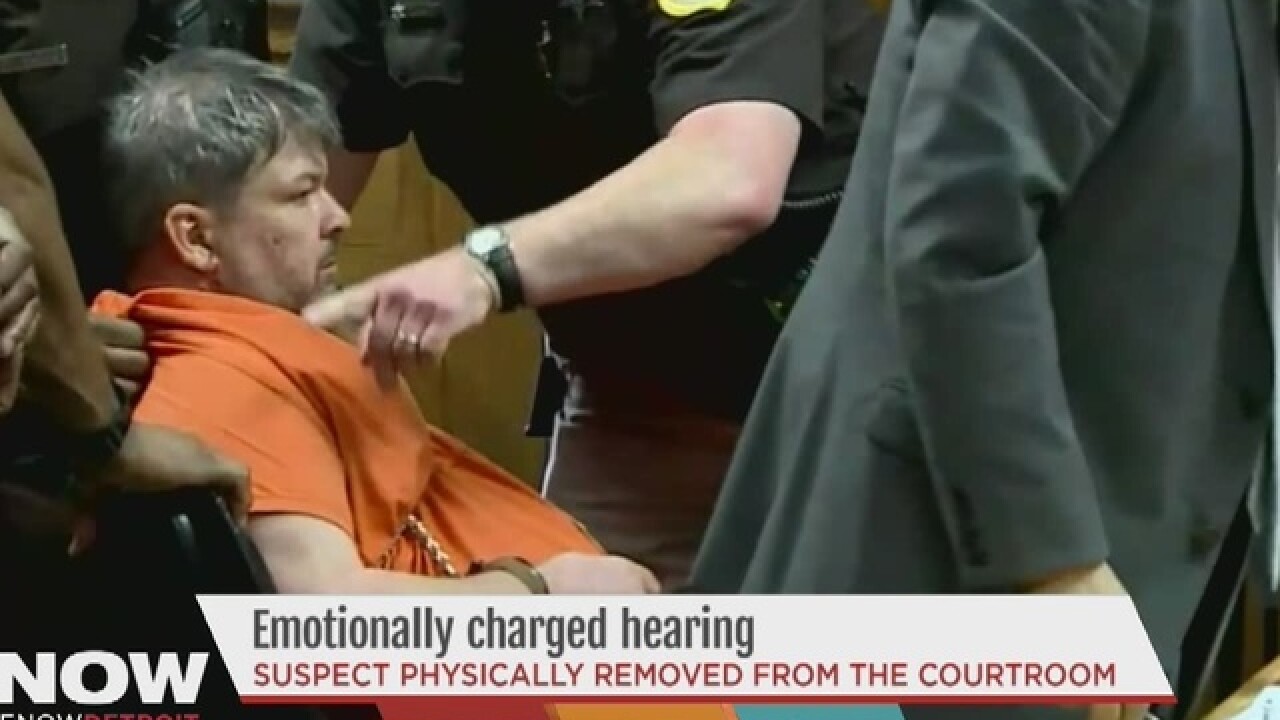 Kalamazoo shooting suspect Jason Dalton was bound over for trial on all 16 charges relating to the shooting spree that left six people dead in February.

Dalton raised his voice in court Friday and talked about people with "black bags." Judge Christopher Haenicke called a recess and deputies removed Dalton from the room.

Prosecutors say Dalton gunned down six people and wounded two others in the Kalamazoo area over several hours on Feb. 20. Survivor Tiana Carruthers was testifying at the time of Dalton's outburst, and she began sobbing.

Police have quoted Dalton as saying a "devil figure" on Uber's app was controlling him during the shootings. He was driving for Uber that night.

He is facing murder and attempted murder charges. As of now, a future court date has not been set.