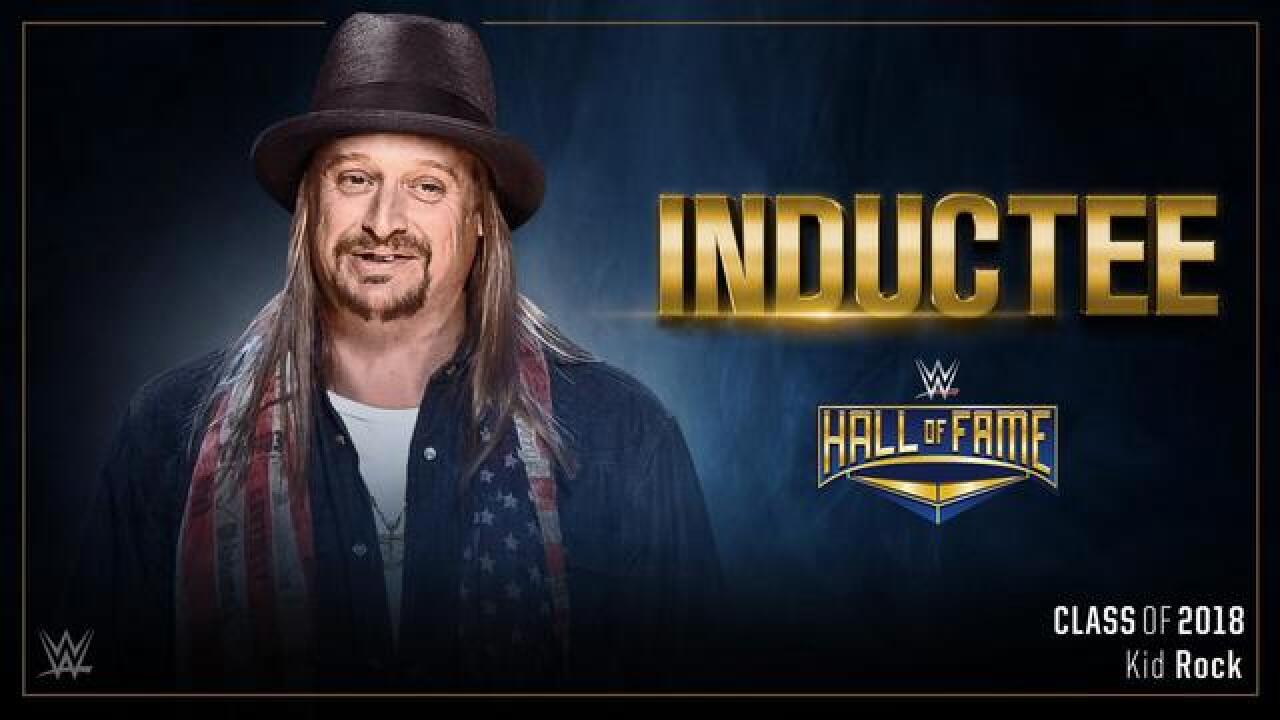 Michigan native Kid Rock will be inducted into the World Wresting Entertainment (WWE) Hall of Fame celebrity wing as part of the Class of 2018, WWE announced on Monday.

Kid Rock will be inducted during the Hall of Fame ceremony during Wrestlemania weekend in New Orleans on Friday, April 6.

He'll be joined by Goldberg, The Dudley Boyz, Ivory, Jeff Jarrett, Hillbilly Jim and Jarrius "JJ" Robertson who will be honored with the Warrior Award.

Rock's music has been used by WWE for years with some songs being the official theme songs of several WWE Pay-Per-View events.

“Every time I go to a WWE event I always have a good time; there is nothing like it and no better fans in the world," Kid Rock told Billboard, which broke the news. “The Hall of Fame ceremony will be a fun night and it will be great to see everyone again. I have so much respect for what those guys and girls do. I’m grateful to WWE for letting me be a part of WrestleMania weekend.”

WWE Legend The Undertaker also used his song, "American Bad Ass" as an entrance while he came to the ring on a motorcycle.