Knowing your flight rights: How to avoid holiday headaches while traveling 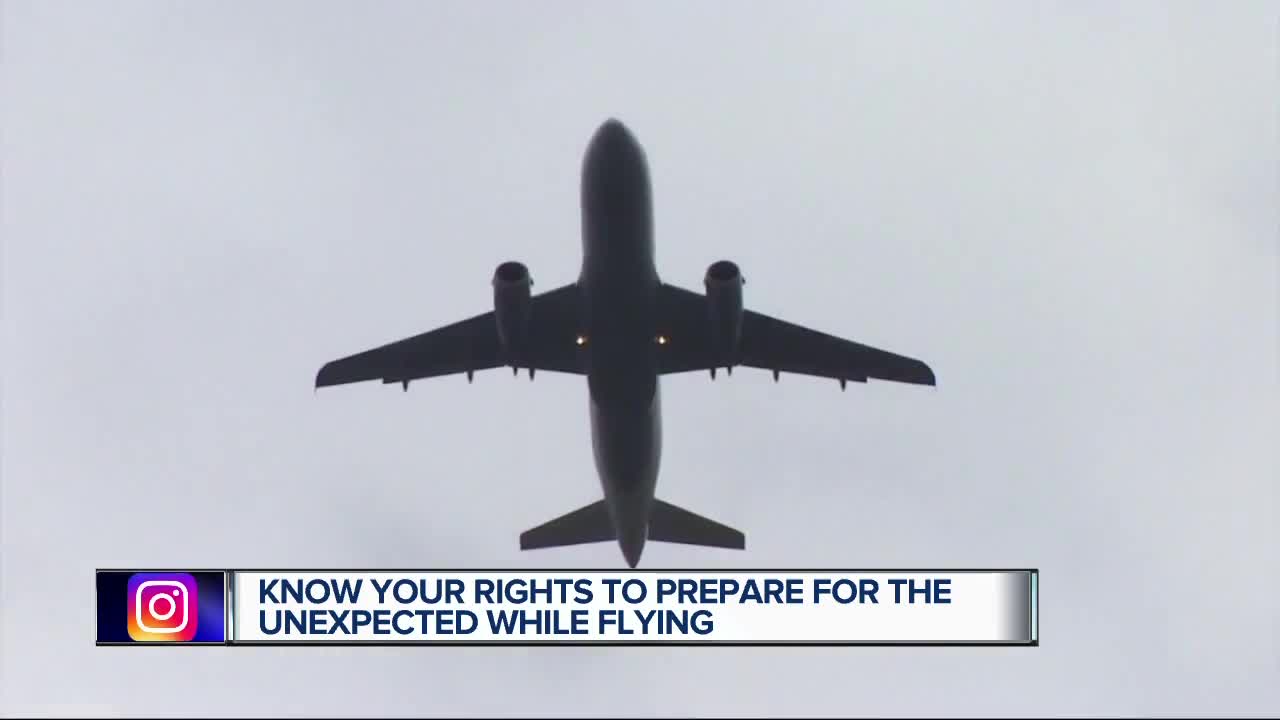 We've all been there – from lost luggage to canceled or delayed flights. And what about a mixed up seating assignment? They're all travel headaches that seem to be worse around the holidays. 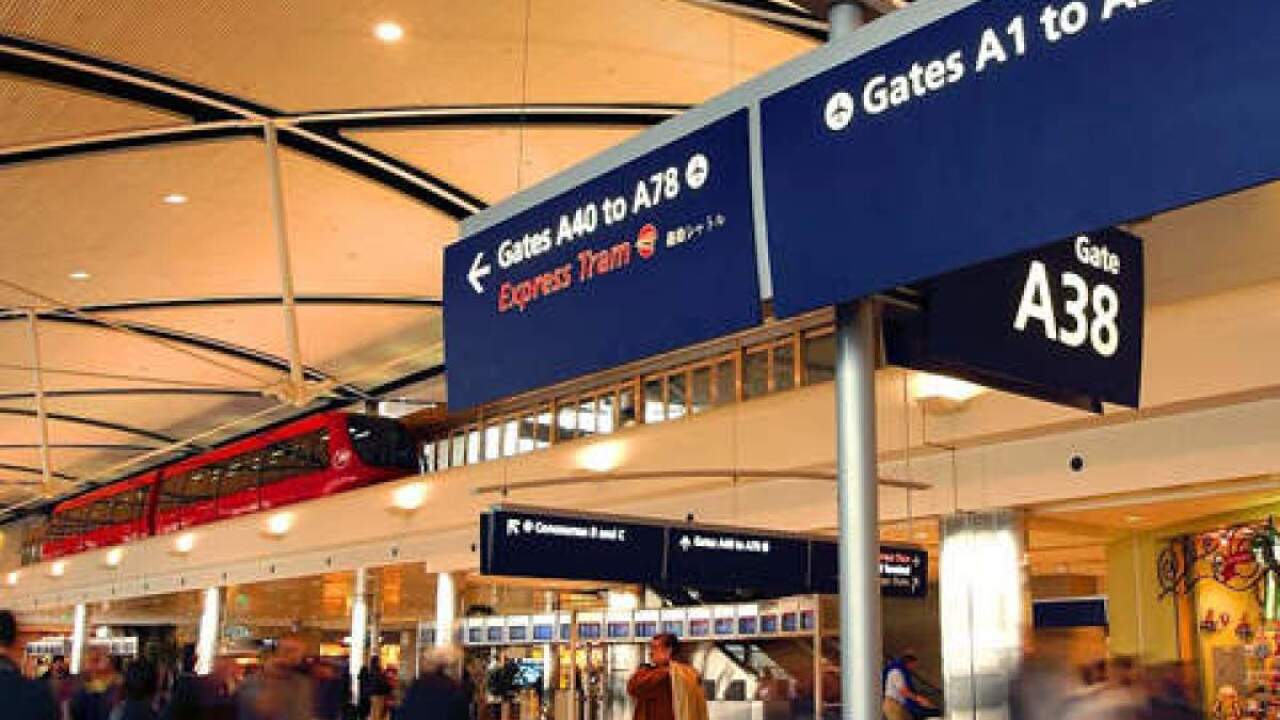 DETROIT, Mich. (WXYZ) — We've all been there – from lost luggage to canceled or delayed flights. And what about a mixed up seating assignment? They're all travel headaches that seem to be worse around the holidays.

Of course, there are certain hassles you simply can't avoid while flying.

"Going through security is already a challenge enough with a kid, and then having to wait on people, that’s a pet peeve," said Detroiter Alexa Eul, traveling home from Minnesota at the Detroit Airport.

But what about a mishap by an airline?

For years, consumer advocates have pushed for increased rights for air travelers, including efforts to create a formal "Passenger Bill of Rights," something president and CEO of advocacy group Travelers United, Charlie Leocha, said always ends up on the back burner in Congress.

TONIGHT @wxyzdetroit at 6: We speak to a deaf couple from California, kicked off a @Delta flight from Detroit to L.A. back in January. What they say went wrong, how Delta is responding, and what's being done to avoid situations like this in the future @DTWeetin pic.twitter.com/07O4DcCHvG

While flying isn't perfect, passenger advocates say travelers rights are slowly improving. There's now requirements through DOT/FAA that increase the dollar amount you're entitled to if your flight is cancelled, or your luggage is lost @FAANews @wxyzdetroit @TravelersOrg

“It has been a bill which has been being pushed for at least ten years. Let’s face it, the airlines have far bigger pockets than consumer groups do," he told 7 Action News from Washington, D.C. via Skype.

Air travelers aren't totally without protections; according to the Department of Transportation the FAA Reauthorization Act of 2018 requires airlines publish a 1-page summary of passenger rights on their website.

The summary must include guidelines for compensation related to delays, diversions, and cancellations. It must also show an airline's policies on damaged or lost baggage, bumping a passenger due to overbooking, or denying boarding for any other reason.

Leocha points out those protections kick in only if something goes wrong, or an airline makes a mistake.

"The actual rights to passengers are few and far between and the airlines really have almost all of the control these days," he said.

Accommodating seat requests is not considered a passenger right, nor is requiring airlines to have staff that understands sign language; the latter contributed to a travel nightmare for a deaf couple earlier this year while trying to fly to L.A. from Detroit.

Melissa Elmira Yingst and her partner Socorro Garcia booked tickets separately on a Delta Flight back in January.

“We asked the front desk first, can we sit together? Because we’re deaf, we want to sit together. It really didn’t matter where, we didn’t care. We just wanted to sit together," explained Yingst via Skype.

Yingst said the desk agent told them there was room available on the plane to make changes, they just needed to speak with a gate agent to work out the details.

She said when they asked the Delta gate agent, the woman grew frustrated with the communication barrier, and instead of continuing to use a pen and paper to answer their questions, threw away the paper.

"She grabbed the paper, grabbed it and balled it up, and threw it in the trash," Garcia told 7 Action News.

When Garcia walked behind the counter to retrieve the paper from the garbage, she said the agent pushed her back.

Yingst and Garcia were not allowed to the board the plane.

Action News reached out to Delta for a comment on the incident.

“We worked with the customers to ensure a misunderstanding like this doesn’t happen again and appreciate their willingness to share open and honest feedback with us," said a Delta spokesperson.

Though not as a direct result of the January 2019 incident, Delta staff now display which languages they speak, including American Sign Language, right below their name badge.

Yingst and Garcia said their issue was never with not being allowed to sit together, but rather that they weren't provided an opportunity to try and communicate their request the way non-deaf passengers would have been.

While air travel is not perfect, Leocha said it's moving in the right direction. He pointed to the 24-hour rule.

"You now have 24 hours in order to cancel your flight and re-book the flight with no penalties," he said.

And recently, the Department of Transportation raised the amount of money travelers can receive if they're bumped off of a plane, up to $1,350.

There are also simple things passengers can do ahead of traveling to avoid stress and save time.

“TSA pre-check made it a lot easier. Everything is just faster," said traveler Pat Korp at the Detroit Airport.

Leocho suggests travelers check out the TSA's Twitter page for quick answers to common questions, and always travel with digital copies of everything.

Travel experts also point out -- when gate agents offer vouchers for taking a later flight, it can often pay to try and negotiate.

Yingst and Garcia said they've flown with Delta again since the incident in January, and have had a much better experience.

"I never had a problem with Delta, I think it was just one bad person," she said.

Leocha told Action News Travelers United is now focused on improving rights of families to sit together, and requiring airlines to have more space between seats.