'Kong: Skull Island' director giving back to kids in Detroit 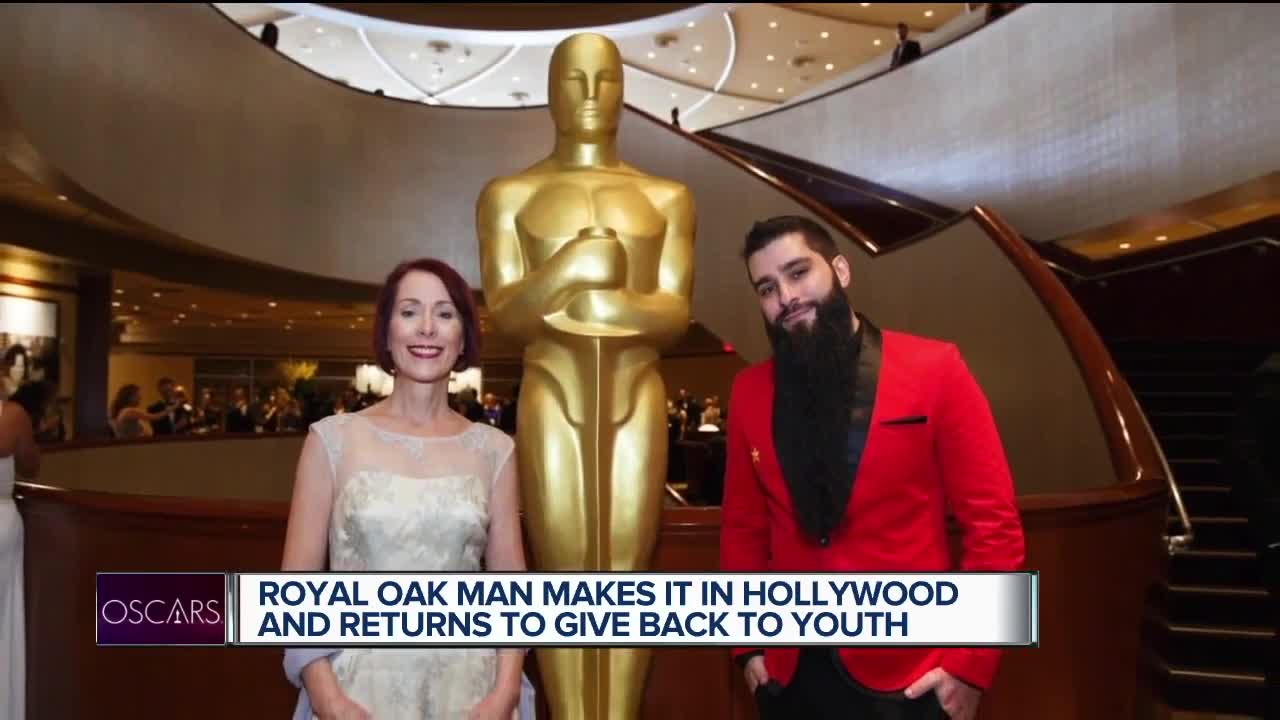 Jordan Vogt-Roberts, from Royal Oak, is the director behind "Kong: Skull Island" and is working to give back to students in metro Detroit.

(WXYZ) — As we celebrate Hollywood's elite during the Oscars, we wanted to also tip our hats to a young man from metro Detroit now making moves in Hollywood who is also giving back to Detroit in a huge way.

Jordan Vogt-Roberts was the director for "Kong: Skull Island" and is also the co-founder of the Detroit Creative Project, which is now in many of Detroit schools.

Never in a million years did Vogt-Roberts dream Tinsel Town would be his destiny.

"When I was in Michigan, coming to Hollywood seemed impossible," he told 7 Action News' Carolyn Clifford.

His memories of growing up in Royal Oak are deep and he even has a tattoo of the town's symbol on his arm.

"I was always directing as a kid without realizing it," he added. "I was always scheming or coming up with these weird plans."

Early on, he was making films in his basement. He would go on to film school in Chicago and become one of the first directors to come from the internet.

Vogt-Roberts' films have been showcased at Sundance and elsewhere, but his biggest break was being tapped to direct "Kong: Skull Island" with the backdrop in Vietnam.

"People would come up to me on the street crying because they would say, 'oh my god, I didn't know my country was that beautiful,'" he said.

Now 35, Vogt says directing such a giant film consumes you, and the experience left him with a want to return home to help a new generation.

So Jordan became one of the co-founders of The Detroit Creativity Project, a program in many Detroit Public Community Schools that teaches improv to students to build their confidence and social skills that are life-changing for inner city youth.

Jordan and his partner donated tens of thousands of dollars to the program.

"That is amazing just hearing about it, we appreciate it, like setting us up for our hopes and dreams is something we need more of," Aurora Gordillo, a senior in the program, said.

We visisted a class taught by Patrick Butler at Western International High School in Southwest Detroit.

Butler pushes kids no matter their talent to try and never be afraid to fail.

This is a safe space safe environment for you to practice and to learn and to gain experience and exposure," Nyijah Clark, a junior, told us.

In addition to the Detroit Creativity Project, Jordan mentors budding rap stars from Detroit – two of whom's talents will be showcased on an upcoming movie project.

He is now working on his next blockbuster movie with one of the stars of "Black Panther," Michael B. Jordan, and will continue to give back to kids in his hometown so the next generation will be ready to pick up the torch and light the way.