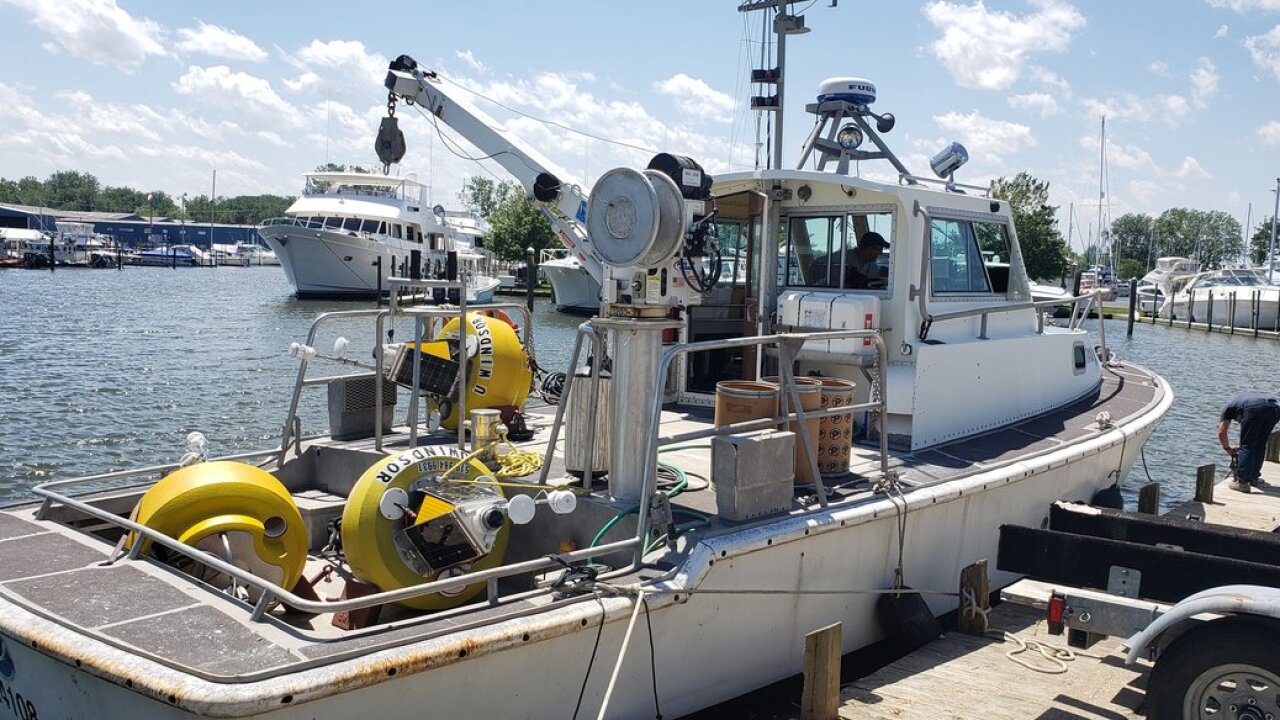 Buoys being prepped in Monroe to be placed on Lake Erie.

MONROE, Mich. (WXYZ) — Early forecasting shows that Lake Erie is due for a larger toxic algae formation that we saw last year — the official term: a harmful algal bloom (HAB), is essentially a giant green blob to those on the sidelines.

Scientists know that it can lead to dangerous conditions, specifically if it approaches water intakes that deliver drinking water to millions of people. In 2014, it led to the city of Toledo cutting off it’s water supply for days because the water would be harmful to drink — it caused issues in Monroe County for tens of thousands of Michigan residents too.

Researchers have been tracking blooms and developing technology to forecast HABs for years, but as Ed Verhamme, a scientist at LimnoTech, noted there are still parts of the lake that are “relatively unmonitored.”

That changed this week.

The Great Lakes is getting more high-tech buoys and a first-of-its-kind underwater sensor network. Previously, the technology has only been used in oceans.

This week researchers from the University of Windsor, and engineers from LimnoTech in Ann Arbor began placing buoys in Lake Erie to begin a project called “Erie Watch.”

Aaron Fisk, a University of Windsor researcher who is a professor at the Great Lakes Institute for Environmental Research, told 7 Action News that the current deployment involves buoys that send back real-time data including oxygen levels in the water, temperature, chlorophyll, salinity and more. The data is sent via cell signal, which allows for rapid-response to changes in the lake.

Data collected can be beneficial for quicker warnings for utilities that rely on fresh water, but it can also help with long-term data collection too. Fisk called it a “game-changer” when it comes to improving modeling for algal blooms, but also weather models.

The entire network is part of a $17 million investment from Canada, though the data will help collaborating scientists in the U.S. too.

The Great Lakes represent 20-percent of the world’s fresh water, but Fisk notes that it remains vulnerable, understudied and underfunded.