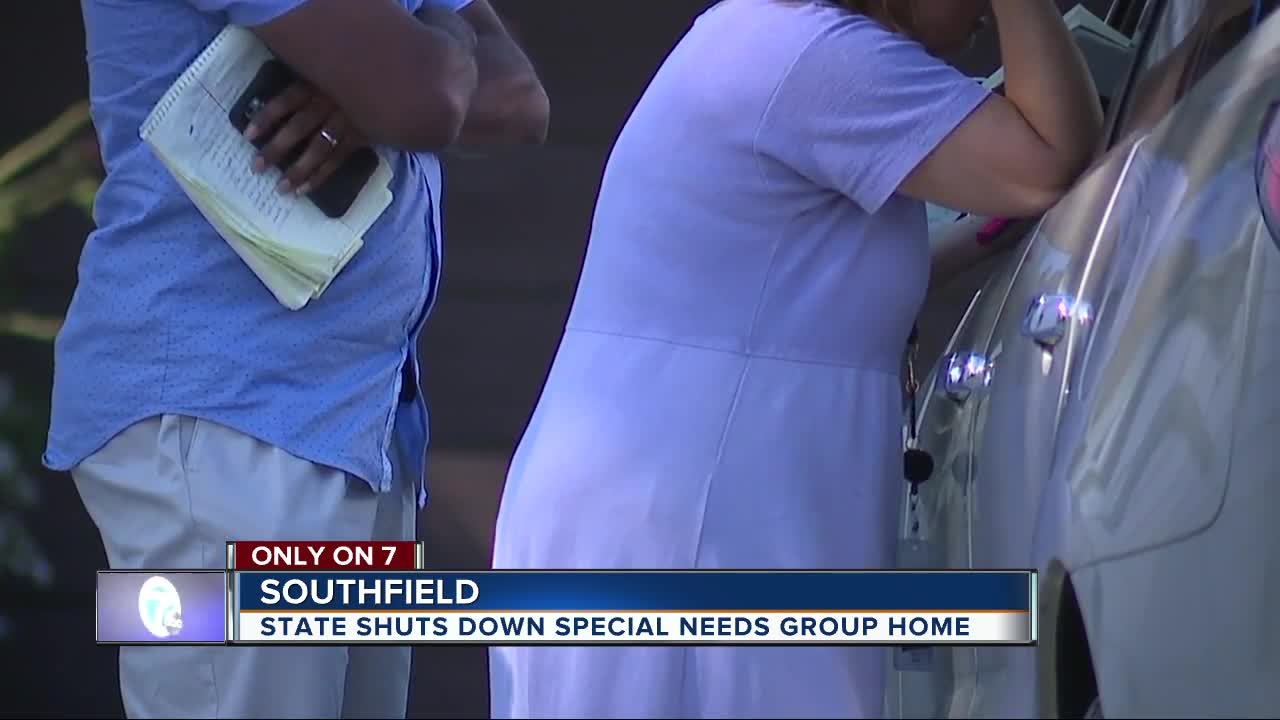 Lisa Caruso made a desperate plea to find another home for her disabled uncle who is blind and mentally ill.

"There are a lot of very intelligent, good people who deserve a good life," Caruso said. "I just don't think they got it here."

Caruso said some residents are homeless after the sudden closure.

He said he was hired as a caretaker and hasn’t been paid in four weeks. He also told me, he cared for 12 people in the house at one time. Our full report airs in minutes on @wxyzdetroit pic.twitter.com/pQ7bHAGIhb

"I'm trying to get a hold of anybody to help me get medications from his home," Caruso said. "He has been locked out, although his rent has been paid."

Around 5 p.m., investigators with Michigan's Licensing and Regulatory Affairs (LARA) descended on the group home and posted violation notices.

The facility was licensed to care for people who are physically handicapped, developmentally disabled, mentally ill, traumatically brain injured, or suffer from Alzheimers.

Action News has obtained a report of major violations. Among the complaints, it states, a staff member punched a resident. There are also allegations of unsanitary conditions and an overall unhealthy environment.

Action News spoke with the staff member who is accused of punching a resident. He said the resident assaulted him and he accidentally punched the resident in self defense.

The owner of the facility is Theressa Nelson. She declined an on-camera interview Thursday evening, but denied the allegations via telephone.

LARA did not immediately return Action News' call for comment.