Larry Nassar claims he was attacked in prison; files appeal to retry case 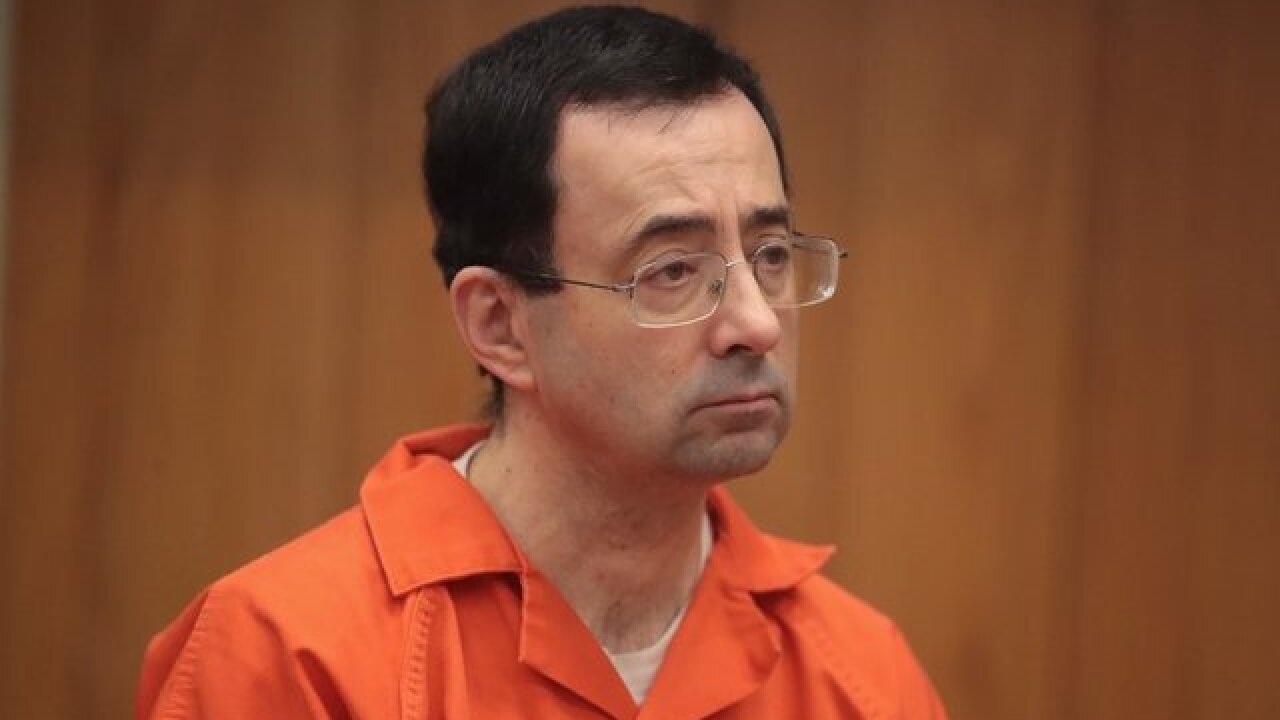 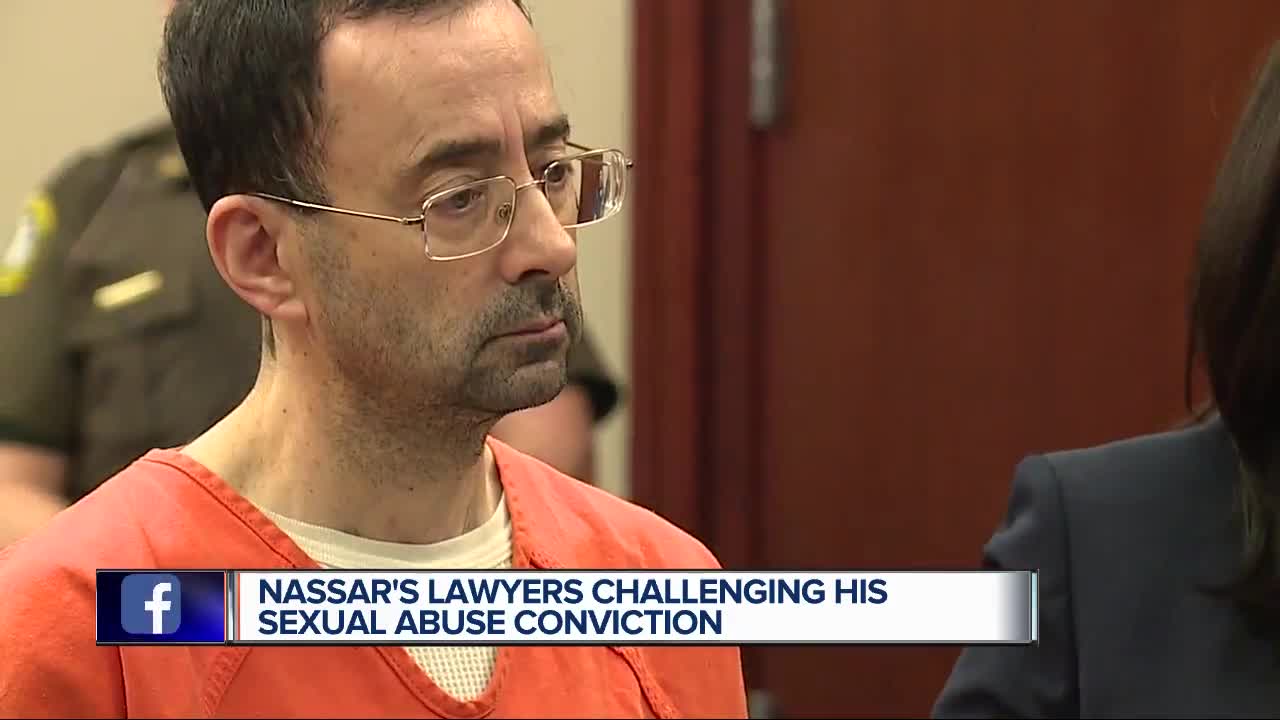 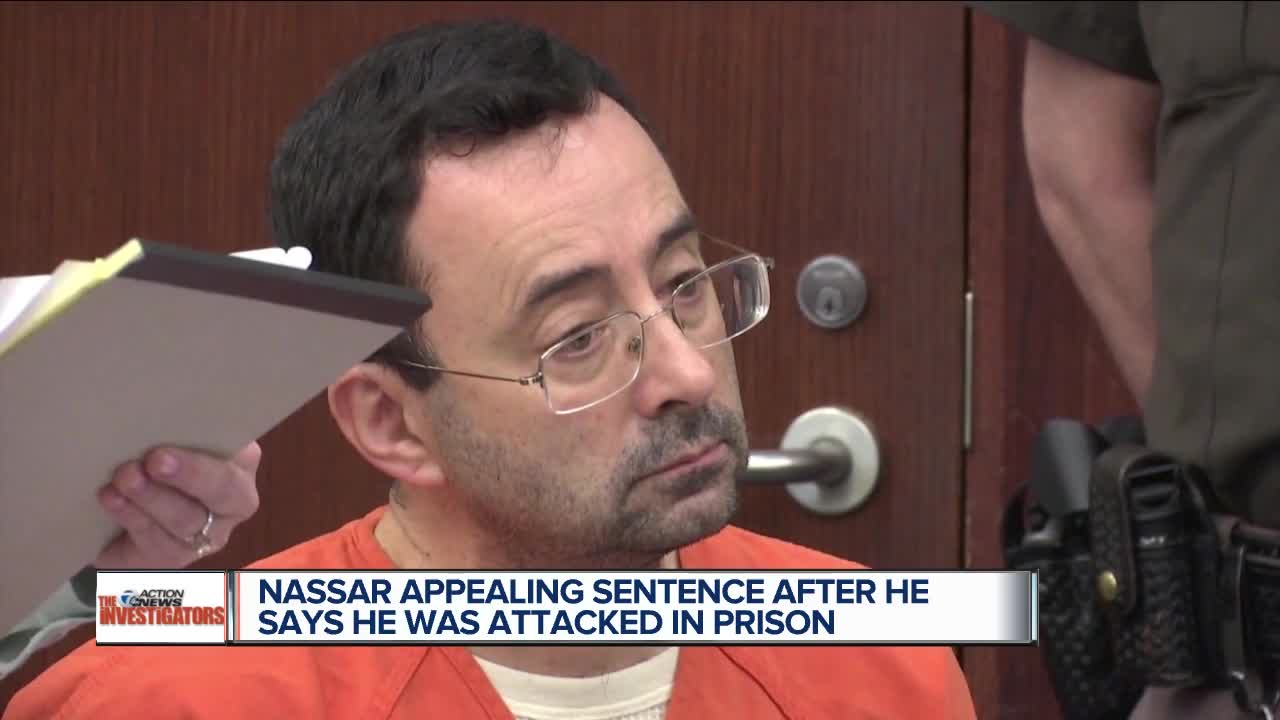 Larry Nassar has filed an appeal to retry his sexual abuse case in Ingham County after he was sentenced to 40-175 years in prison earlier this year.

Nassar pleaded guilty to multiple charges of sexual assault in November 2017 after being charged with molesting seven girls, all but one of whom were gymnasts. Those sexual assaults happened at Michigan State University.

In a filing by his attorneys, Nassar claims that he was abused in prison and also mentions the time when he was charged at by one of the victims' father in court.

The appeal also attempts to disqualify Judge Rosemarie Aqualina, who sentenced Nassar in Ingham County and also said, "I just signed your death warrant," after sentencing. Nassar claims that Aqualina decided to impose the maximum sentence before it started.

"Instead of a proceeding to assist the judge in reaching a fair and just sentencing decision, the judge used the nationally-televised proceeding as an opportunity to advance her own agenda, including to advocate for policy initiatives within the state as well as the federal legislatures, to push for broader cultural change regarding gender equity and sexual discrimination issues, and, seemingly as a type of group therapy for the victims," the appeal reads.

During his sentencing, which lasted seven days, more than 150 women and girls gave victim impact statements about being abused by Nassar.

"It is my honor and privilege to sentence you. You do not deserve to walk outside a prison ever again. You have done nothing to control those urges and anywhere you walk, destruction will occur to those most vulnerable," Aquilina said in the sentencing.

After, Nassar told the courtroom that there were "no words" to describe how sorry he is for what happened.

"I will carry your words with me for the rest of my days," he added.

Moments before Nassar was sentenced, Aqualina also read part of a letter he sent to the court, where Nassar said he was a "good doctor" because his treatments worked, blaming the media for making victims think what he did was wrong.

“I was a good doctor because my treatments worked and those patients that are now speaking out were the same ones that praised and came back over and over and referred family and friends to see me," the letter read. "The media convinced them (his victims) that everything I did was wrong and bad. They feel I broke their trust.

"Hell hath no fury like a woman scorned," it continued.

Read his entire appeal below.