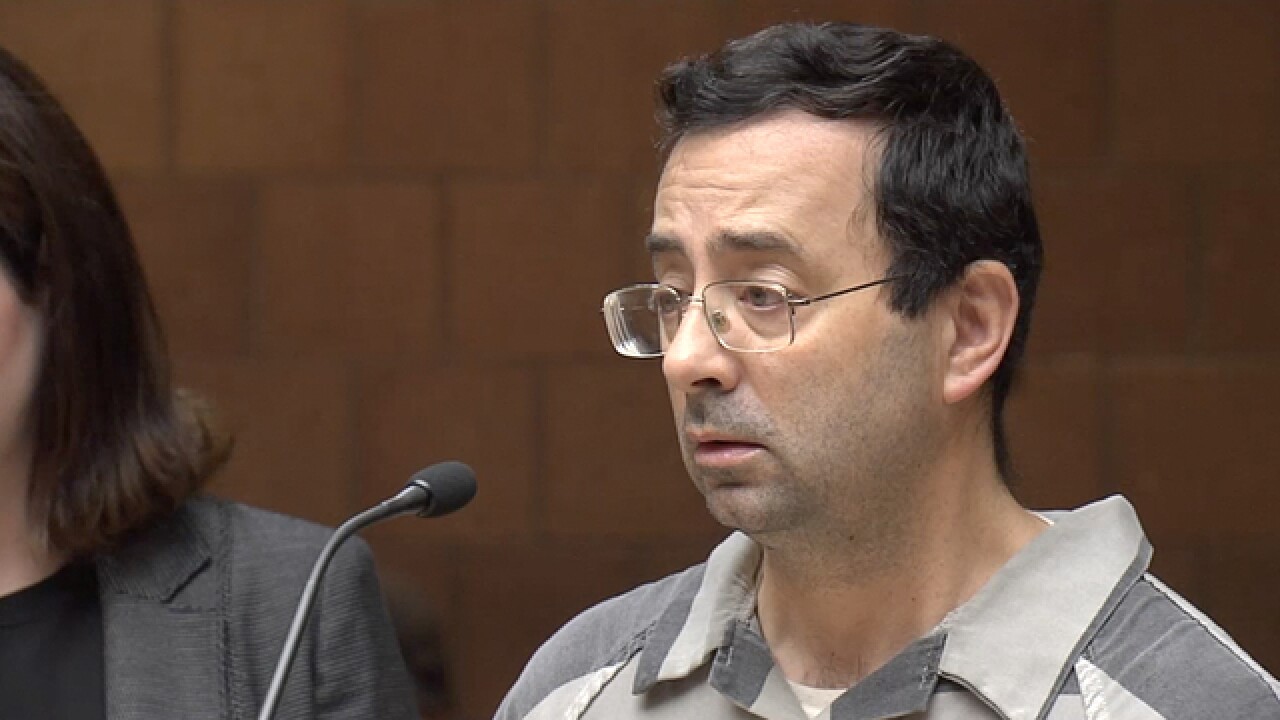 A sports doctor accused of molesting several girls while working for USA Gymnastics and Michigan State University pleaded guilty to multiple charges of sexual assault and faces at least 25 years in prison.

Nassar, 54, was charged with molesting seven girls, all but one of whom were gymnasts, mostly under the guise of treatment at his Lansing-area home and a campus clinic.

Olympic gymnasts Aly Raisman, McKayla Maroney and Gabby Douglas are among the women who have publicly said they were among Nassar's victims.

The plea deal in Ingham County calls for a minimum prison sentence of 25 years. In Michigan, inmates are eligible for parole after serving a minimum sentence.

The girls have testified that Nassar molested them with his hands, sometimes when a parent was present in the room, while they sought help for gymnastics injuries.