Lead in our water: What's happening in our schools?

What should you ask your child's school, and why it matters 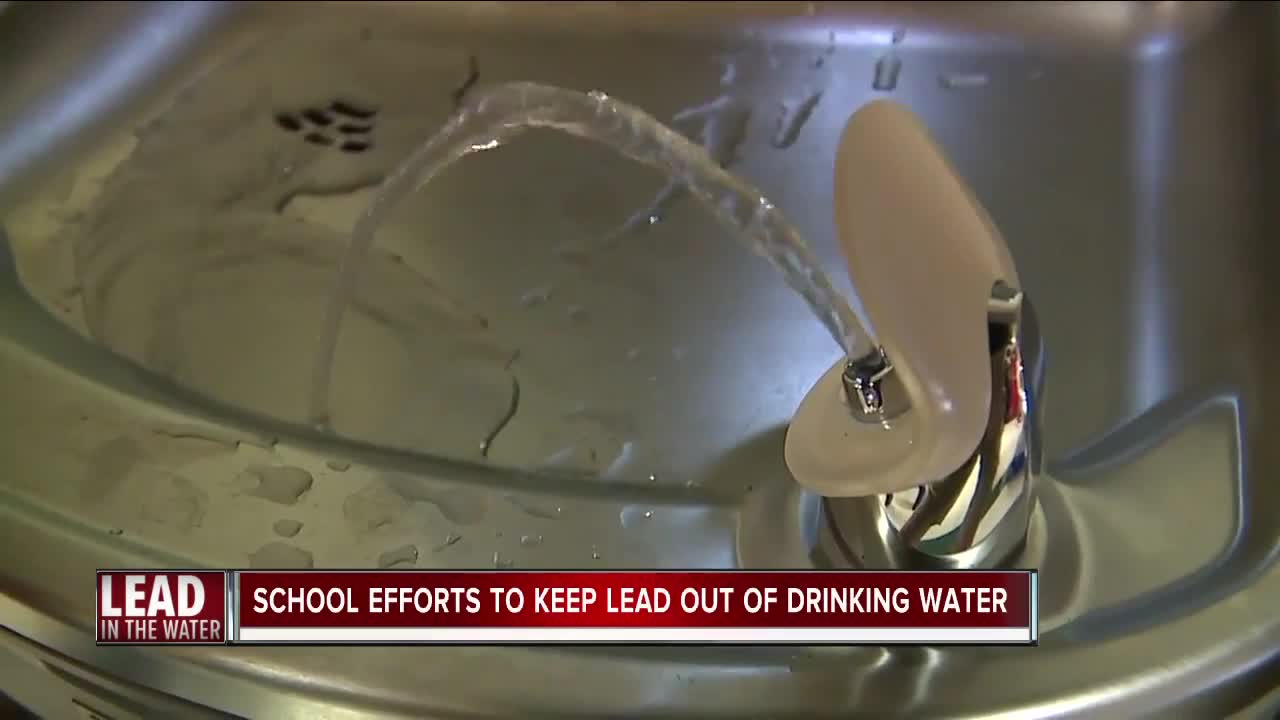 It’s an infrastructure problem that strikes fear in the hearts of parents: lead in our water.

DETROIT (WXYZ) — It’s an infrastructure problem that strikes fear in the hearts of parents: lead in our water.

While the Flint water crisis drew national attention, the latest series of public water advisories has people in metro Detroit asking questions — water experts say the same amount of attention should be paid to our children’s schools.

“We cannot be putting this type of responsibility on the children,” said Elin Betanzo, a water quality expert who played an integral role in uncovering the Flint water crisis.

Betanzo tells 7 Action News that the water issues coming into focus more recently are tied to various intertwined issues: old lead service lines that bring water into individual homes, fixtures in homes and pre-date current lead rules that allow up to 8 percent lead in “non-lead” products and antiquated plumbing techniques that allow for lead solder to connect pipes. Combined, it creates a mish-mash of issues where unsuspecting homeowners, schools and businesses are turning on faucets and drinking fountains, unaware of the potential for lead in the water.

Schools are a dangerous situation because there is no law that requires schools receiving water from a public utility to test drinking water for lead. A study from the Government Accountability Office that was released in 2018 showed that 41 percent of schools in the United States have not tested their water.

We're kicking off our #LeadInTheWater day at @wxyzdetroit. One issue I found while zeroing in on schools: there's no law requiring testing, and those that do it don't necessarily understand how often levels change. @SafeWaterEng walked me through why that's troubling. pic.twitter.com/QgXeDG6eBz

To be clear, no level of lead is “safe.” However, the government has long set “action levels” that trigger specific warnings — Michigan’s new copper and lead rules require a more stringent testing regimen, and notification to residents. However, those rules do not currently apply to schools.

That’s why schools that have gone the extra mile have gotten a lot of attention, and not necessarily positive.

In 2018, Detroit Public Schools went above requirements and found lead-issues in a number of schools. In the short-term, it shined a negative light on aging infrastructure in the schools, but in the long-term, it stopped children from drinking tainted water and led to hydration stations that filter lead out of drinking water being implemented across the district. Those hydration stations are now considered a “best practice” for schools — experts recommend them instead of relying on testing that can vary day-to-day.

In Oakland County, a safe water program cost $500,000 — that led to roughly 700 hydration stations being placed in schools across multiple districts. Not every school participated in the program, and while schools that opted in had to find additional resources to install hydration stations those behind the program say it was a necessity.

“At the end of the day this is going to take resources,” explained Oakland County Commissioner Dave Woodward. “It takes money to take lead service lines out of individual homes, it takes money to buy these drinking fountains and install them — it’s expensive, but we have to find the resources.”

WHAT PARENTS CAN DO? ASK QUESTIONS