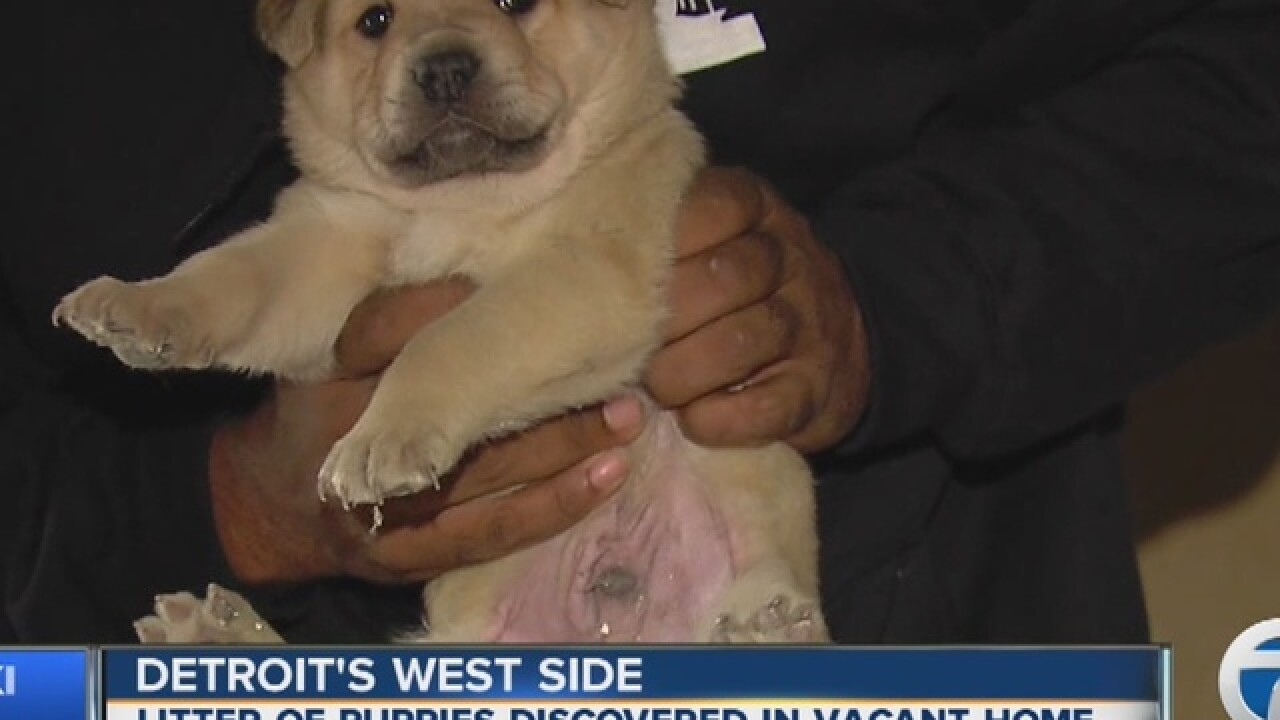 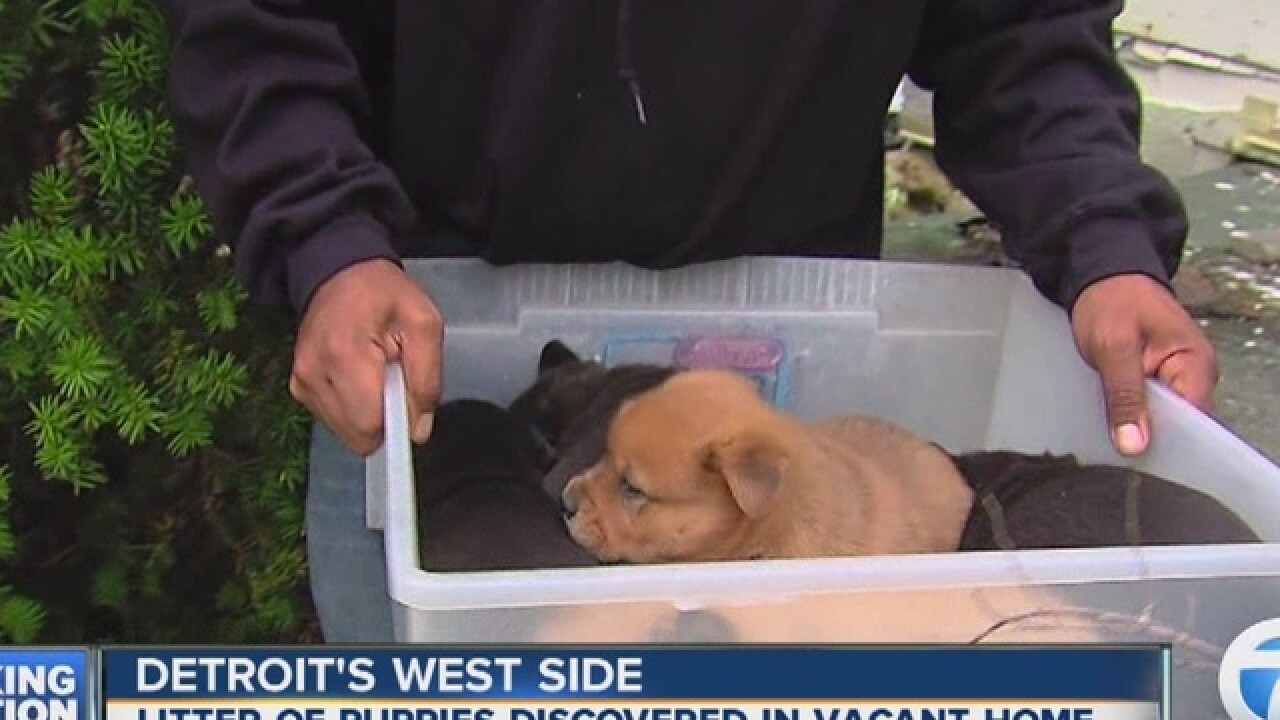 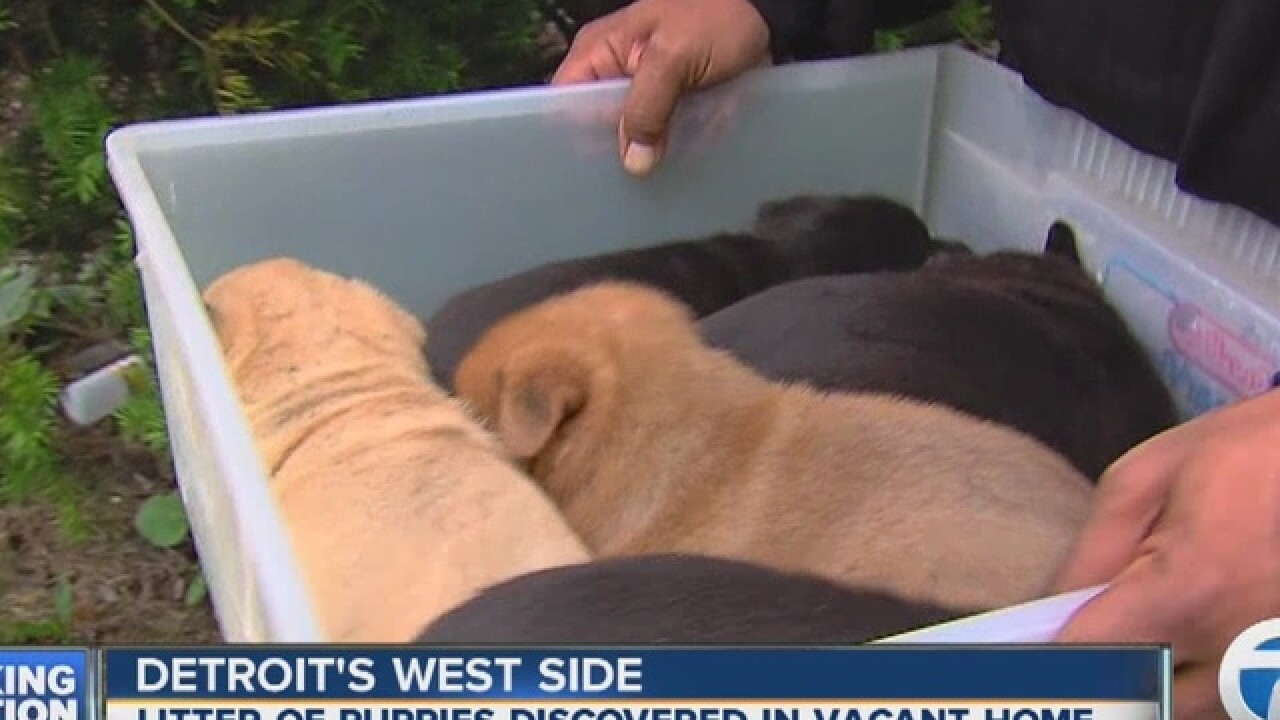 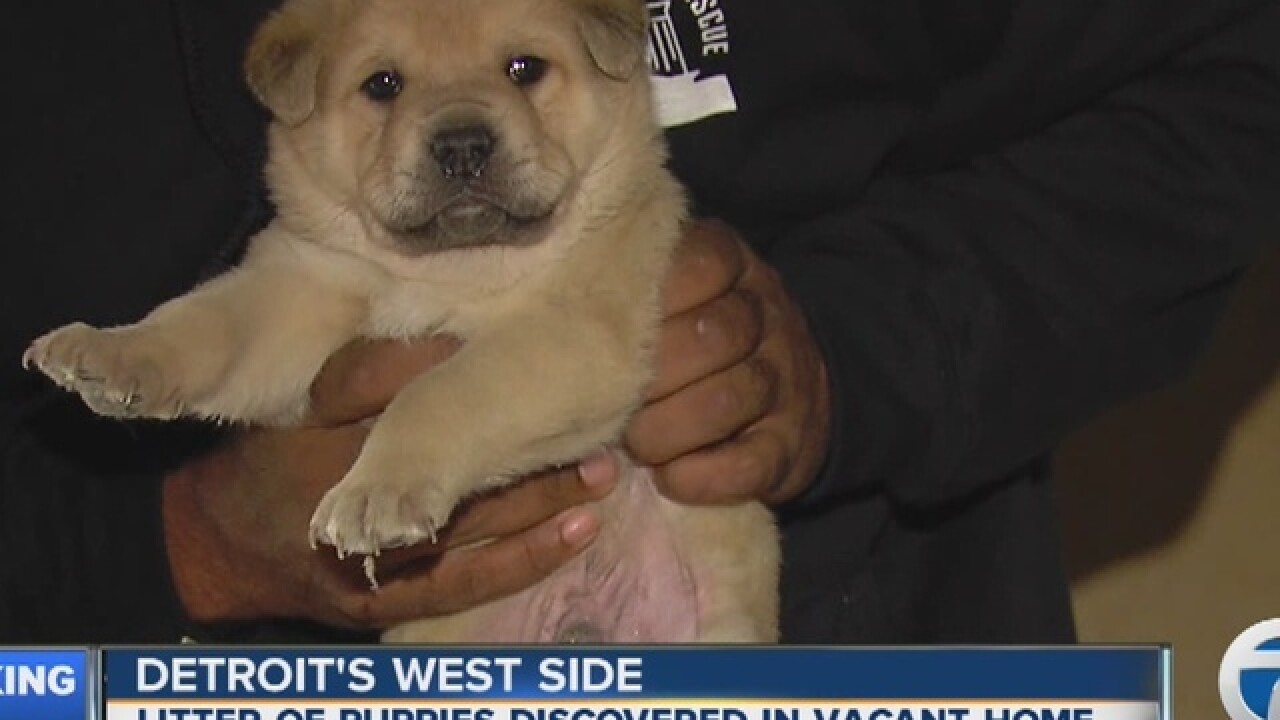 A litter of puppies now has a chance at life after being found all alone inside a vacant home on Detroit’s west side.

The house where the puppies were found is in horrible condition, and is slated to be torn down.

Contractors with the city's demolition program were working in the area, and came across the five, precious cuddly puppies in a back bedroom.

Mike Diesel with Detroit Youth and Dog Rescue saw a posting about the puppies on social media, and came to their rescue.

The puppies were taken to the vet to get checked out. Once they get a clean bill of health, they will be put up for adoption.

Diesel was unable to catch the mother dog, but he'll return in an effort to rescue her as well.