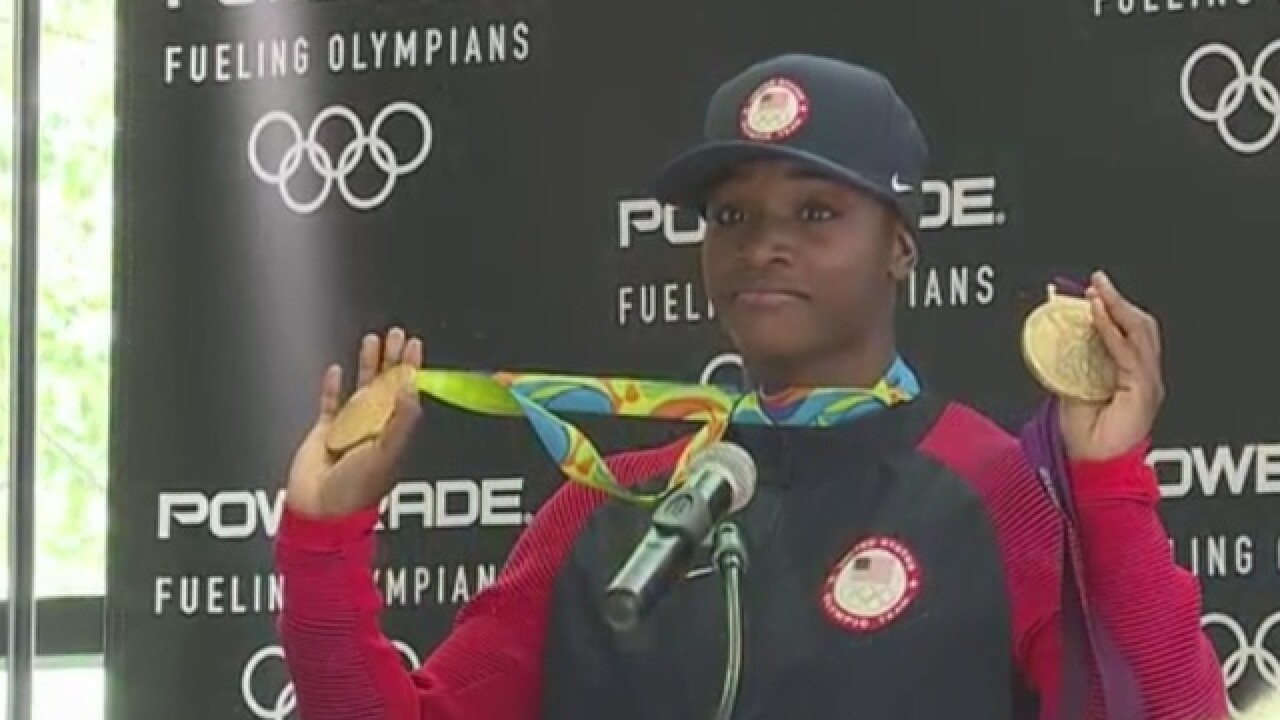 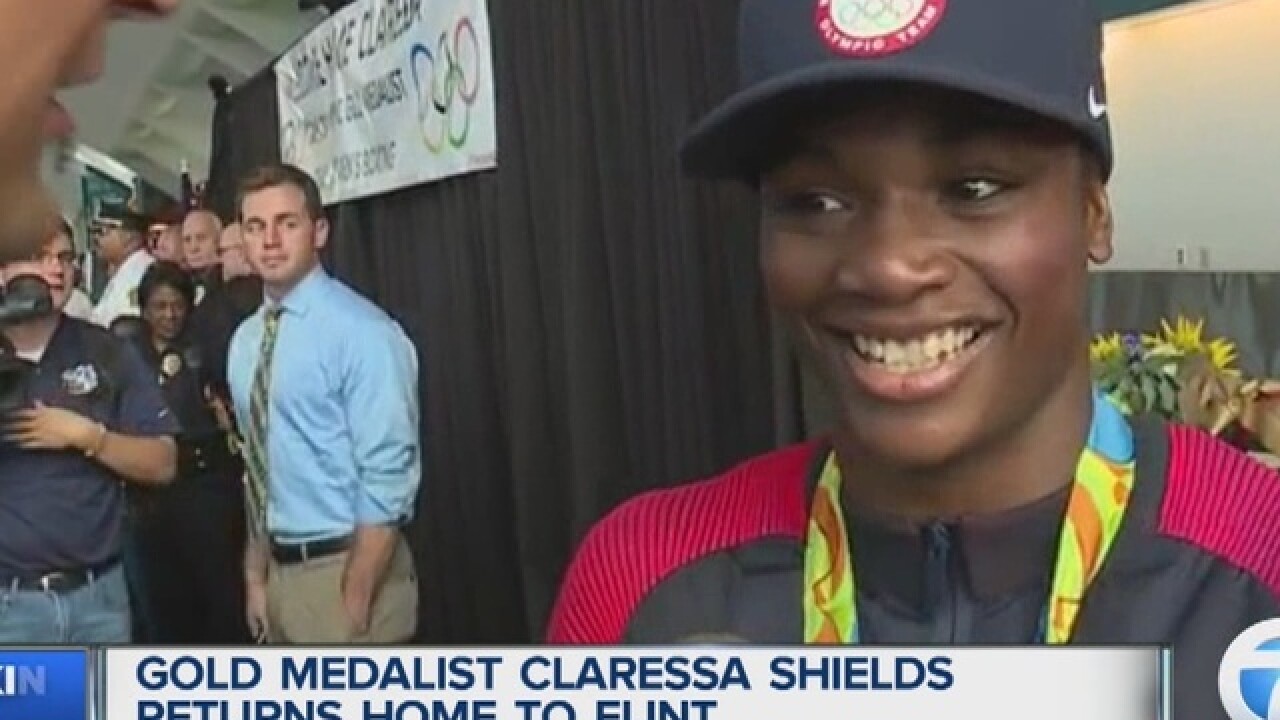 FLINT, Mich. (AP) -- Boxer Claressa Shields has been welcomed home by family, friends and hundreds of fans in Flint after winning her second Olympic gold medal.
The 21-year-old Shields arrived Tuesday at Bishop International Airport sporting the medal she won Sunday at the Olympics in Rio de Janeiro and the one she won in the 2012 London Games.
Shields became the first American boxer of either gender to win two Olympic boxing gold medals.
The middleweight, told supporters Tuesday that she "carried" them in her "spirit" during the recent games and that she tried to knock her last opponent out for her fans back home.
She also asked that residents come together to beat a lead-tainted water crisis that started when the city switched in 2014 from Detroit's system to the Flint River.
WATCH SHIELDS' INTERVIEW WITH BRAD GALLI IN THE VIDEO PLAYER ABOVE
Copyright 2016 The Associated Press. All rights reserved. This material may not be published, broadcast, rewritten or redistributed.