Gov. tasks board in wake of Flint water crisis 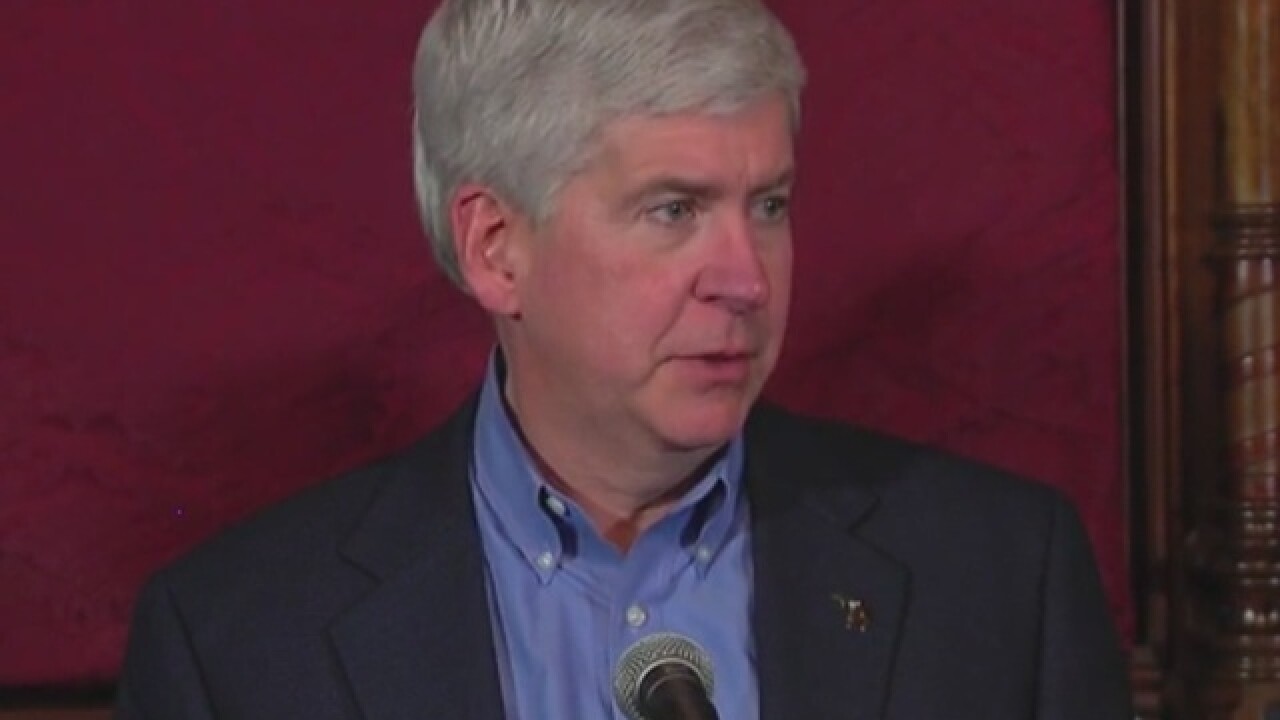 Gov. Rick Snyder is tasking a new board with eliminating children's exposure to lead across Michigan in the wake of lead-tainted water crisis in Flint.

The governor signed an order Friday creating the Child Lead Poisoning Elimination Board. Michigan had a similar commission under a 2004 law that expired in 2010.

Snyder says the new board will focus on eliminating lead poisoning, not just reducing it.

Snyder's order stems from a recommendation made by a task force that determined his administration was primarily responsible for Flint's crisis, which occurred after the water source was switched in the impoverished city of nearly 100,000 residents.