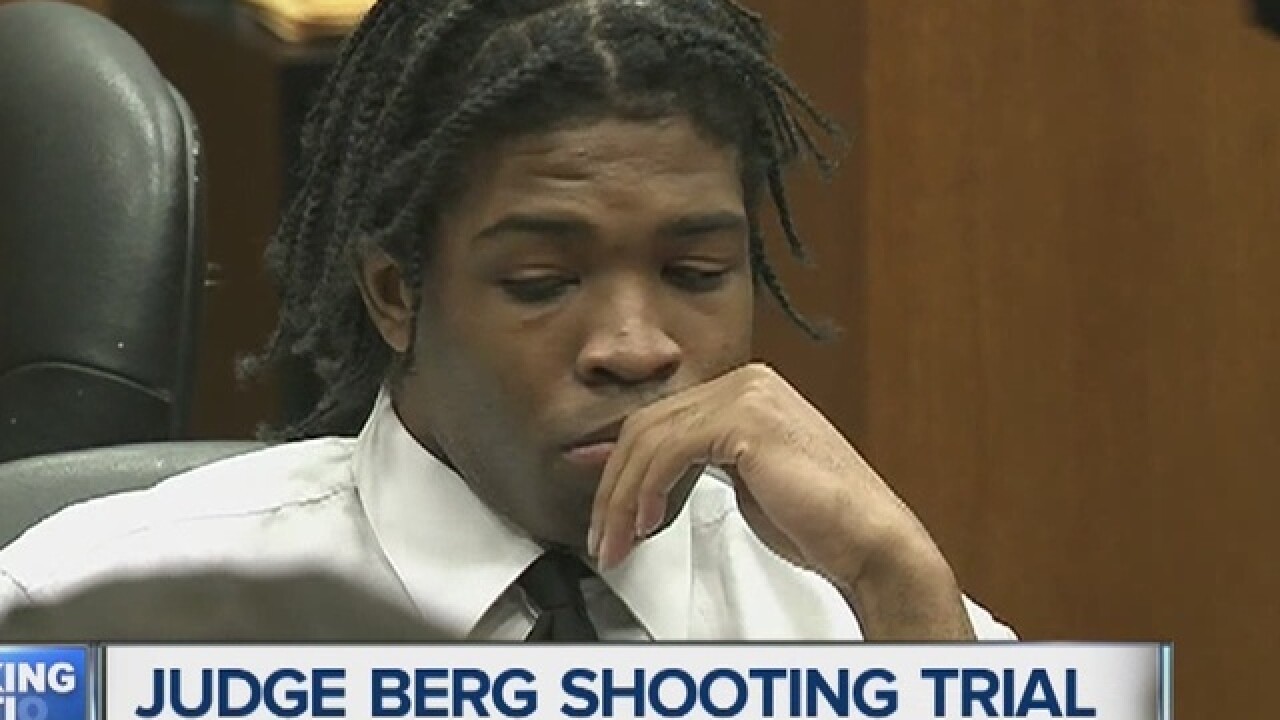 The man accused of shooting a federal judge is back in court today as his trial continues.

Federal Judge Terrence Berg--who was shot in the knee when he refused to let two men into his Detroit home-- has recalled many details for jurors but says he can't positively identify the alleged gunman.

Judge Berg testified Tuesday in state court at the trial of Kevin Andre Smith, who is charged with attempted murder, armed robbery and other crimes.

Berg was outside his home when he was shot in March 2015. He says he yelled, "Help! I've been shot!"

On cross-examination, Berg said the gunman had distinctive eyes, but he couldn't identify Smith as the shooter. The 23-year-old might testify in his own defense.

Berg was not targeted because he's a judge. He's been outspoken since the shooting about gun violence and the need for jobs in Detroit.