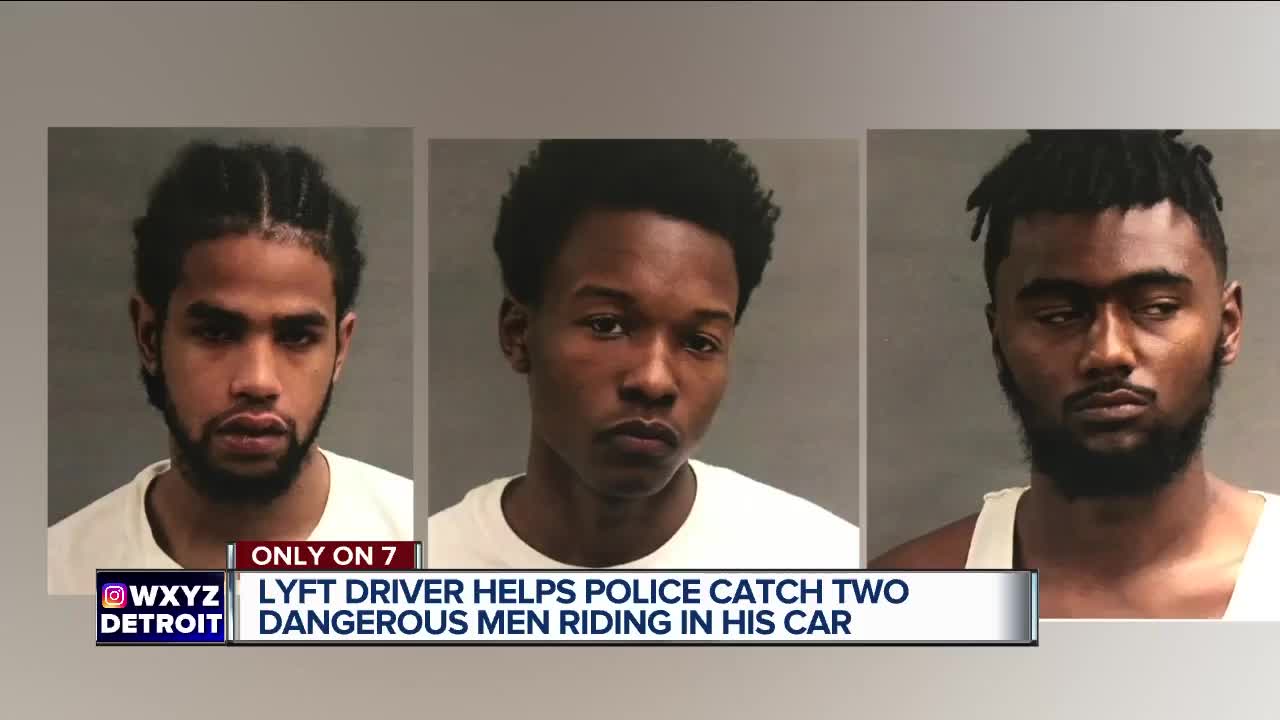 Only on 7, a Lyft driver is being credited with stopping violence after reporting two gunmen riding in the back of his own car.

WARREN, Mich. (WXYZ) — Only on 7, a Lyft driver is being credited with stopping violence after reporting two gunman riding int he back of his own car.

The driver said he was terrified when he noticed the passengers in his car carrying guns. It all came to an end at Hawthorne Suites in Warren, when one of them fought with police.

The altercation was caught on video and shows 22-year-old Devin Howard eventually get pepper-sprayed by police outside of the hotel near Van Dyke and 12 Mile. The video was shot by a Lyft driver who doesn't want his name shared.

He tells Simon Shaykhet that on the night of June 25, he made two stops in Detroit, picking up Howard and 22-year-old Mikal Cooper, 20-year-old Bradford Walton and another man.

EXCLUSIVE: “When I saw a GUN in his waist band, I got scared & knew I had to DO something.” ⁦@lyft⁩ driver in Detroit describes ride that ended with police recovering 2 GUNS & 1 passenger FIGHTING police. 3 men seen here ALL face felony charges. ⁦@wxyzdetroit⁩ #5PM pic.twitter.com/vMdQ5BTVbJ

He said he recognized that Cooper and Walton were armed with handguns, and he secretly messaged his wife to call 911.

First, the men made him stop at a Marathon Gas Station on Van Dyke to exchange a bag with another group of men.

At the hotel, Howard allegedly injured an officer during his arrest, and police confiscated the guns.

Prosecutors say Cooper and Walton each face 5-year felonies for carrying concealed weapons, and Howard faces a 4-year felony for fighting with police and causing injury. Cooper is locked up and two others are free on bond.

The fourth person in the Lyft is cooperating with police and has not been charged.