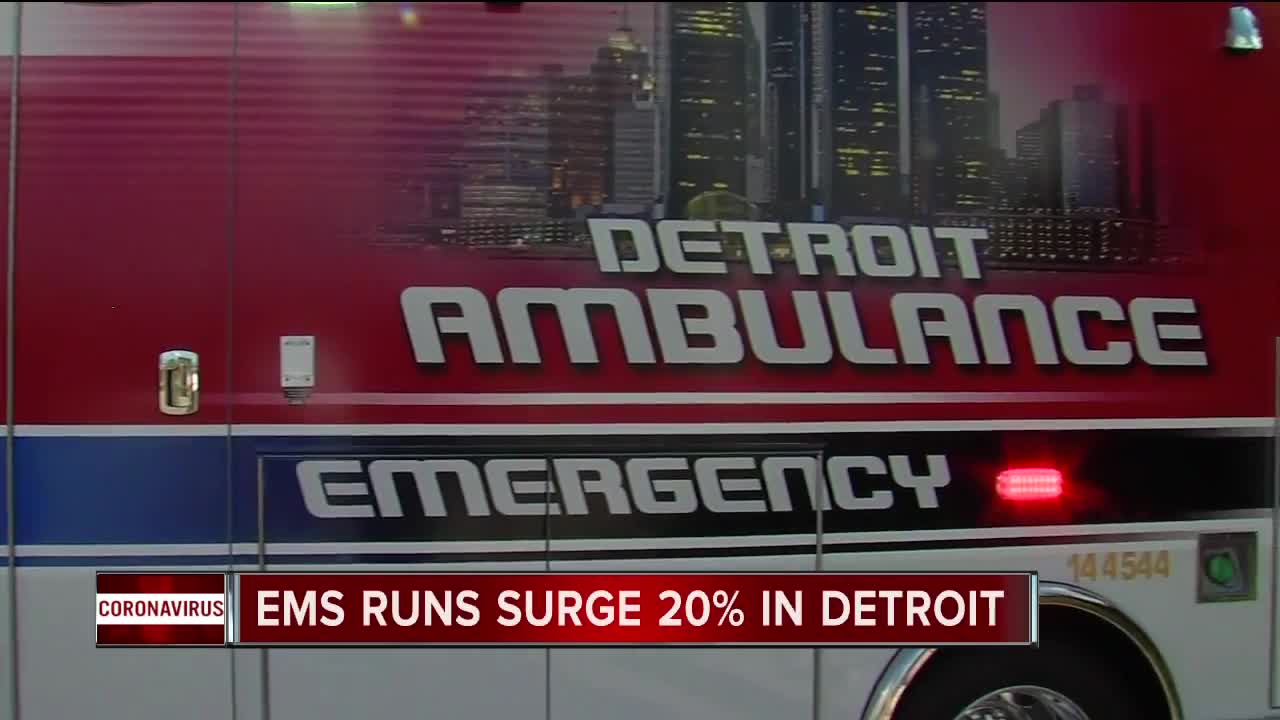 EMS runs in Detroit have surged 20% in the wake of the COVID-19 pandemic, according to Detroit fire union officials.

DETROIT (WXYZ) — EMS runs in Detroit have surged 20% in the wake of the COVID-19 pandemic, according to Detroit fire union officials.

Sirens can be heard blaring throughout the city more than ever in the age of COVID-19. With the peak of the virus believed to be weeks away, the city’s EMS personnel are expected to be under more stress with each passing day.

According to Gehart, a typical number of medical runs for the city is about 400 a day. But in the last week, those numbers have surged to just over 500.

“We’re kind of hoping and waiting and seeing if things get better here,” Gehart said. “We’re watching the man power.”

During peak hours, he says the city runs 25 ambulances—the entire fleet. The city could add more if they need to, he says, but they’d need to add more manpower, too.

In New York City, which is about a week ahead of Detroit in the pandemic, emergency response calls are as high as they’ve ever been. FEMA is sending New York 250 more ambulances to meet demand and 500 more EMTs.

“I know that the number of calls to 911 has been skyrocketing,” said Mayor Bill DeBlasio. “It’s putting a huge, huge demand on EMS.”

In Detroit today, demand for emergency services is being met, officials say.. But COVID-19 is already thinning the ranks of the department. As of today, 58 members of the fire department are in quarantine, 77 are in isolation and 17 have tested positive.

If enough EMS personnel go down, the city may have to use firefighters to operate ambulances. That's not necessary today, and officials hope it never is.

The fire department says members currently have enough personal protection equipment to do their jobs safely. One order recently arrived and more is expected in the pipeline.

“I really just want to pound home how hard our guys and gals are out there working,” Gehart said. “They’re pounding the streets and they’re getting out on these runs as fast as they can.”