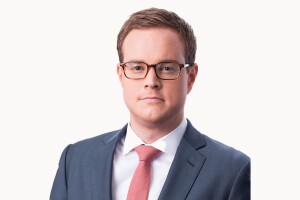 Ross Jones is an investigative reporter whose work has exposed corruption and waste at all levels of government, sent public officials to prison and into hiding and changed Michigan law.

His 8-month investigation of Detroit’s 911 system revealed systemic failures that prompted the removal of the department’s director, the discipline of more than 30 employees and new policies credited with driving down response times.

He returns to WXYZ-TV from the Scripps Washington Bureau. While there, Ross reported on police misconduct nationwide, abhorrent treatment of mentally ill children and the influx of dark money throughout the 2016 presidential race.

His investigations have garnered local, regional and national awards including the duPont-Columbia Award, regarded as broadcast journalism's highest honor. He is a graduate of Michigan State University, where he earned a degree in journalism.