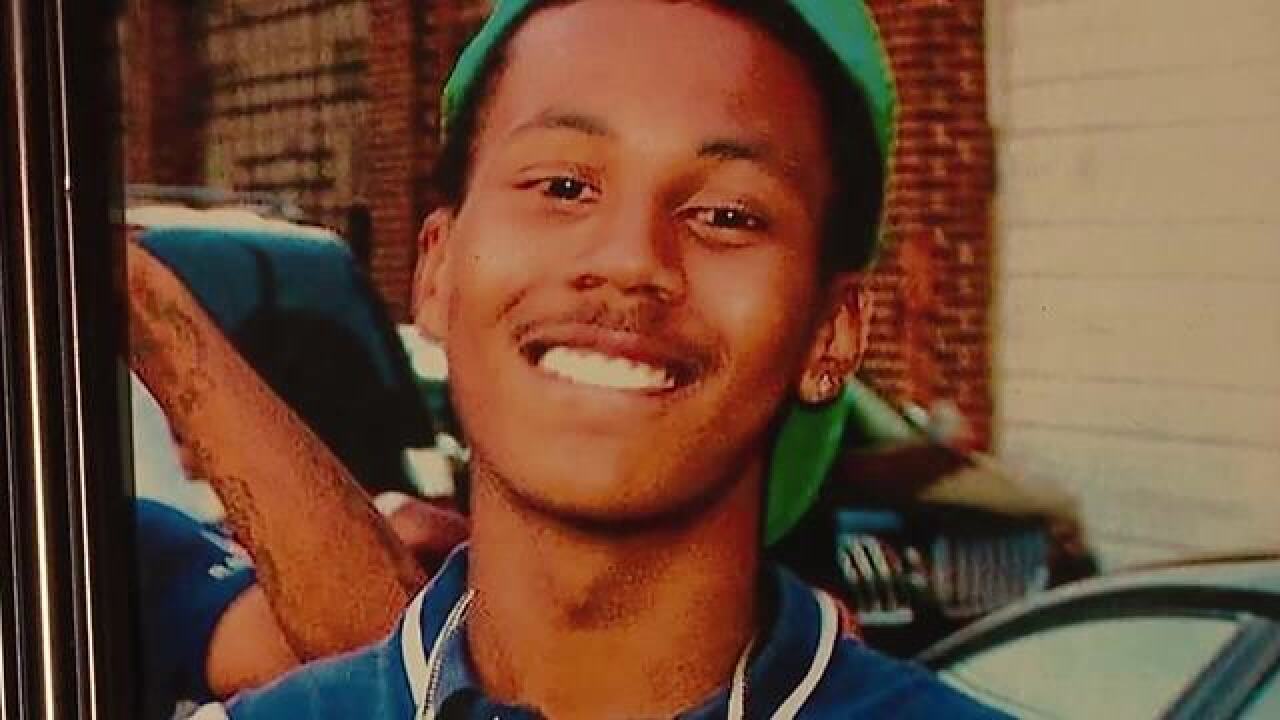 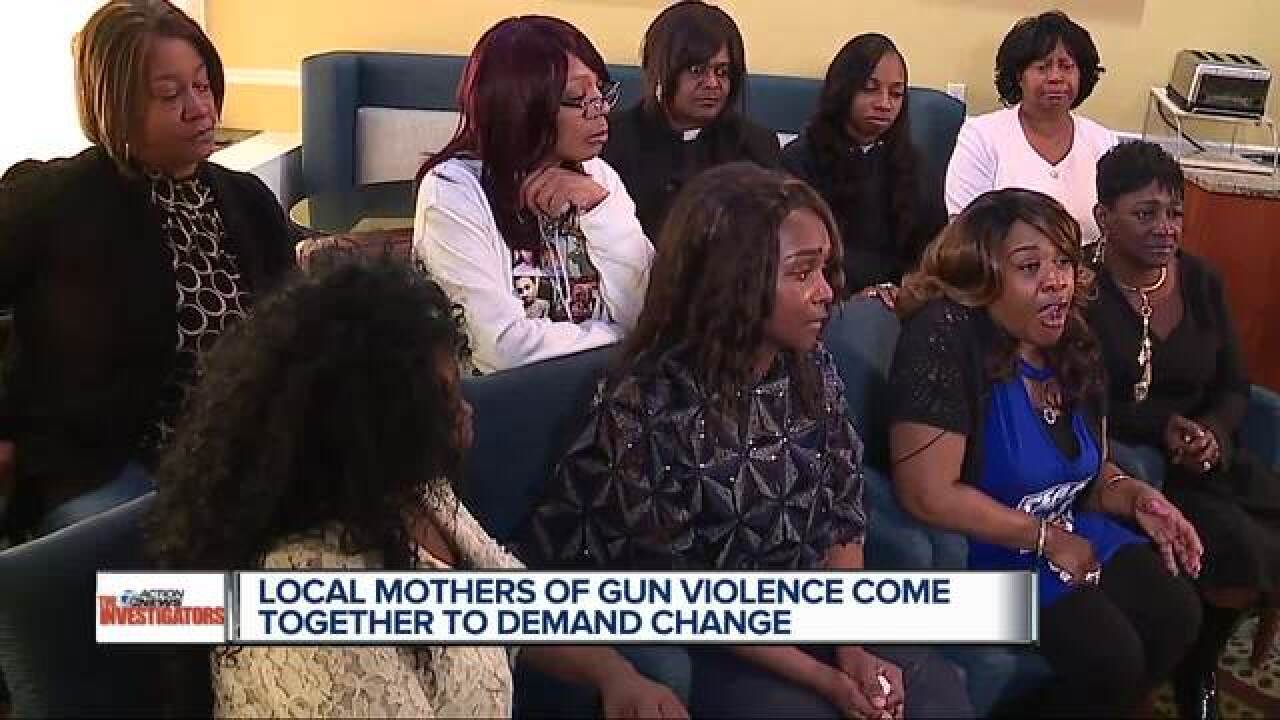 The devastation of the school shootings in Florida hits home every day for several mothers in Metro Detroit. They too are mourning children lost to gun violence and now they are coming together to say enough is enough.

Many of these moms were strangers to each other before this conversation with 7 Investigator Heather Catallo.

“This pain is a pain I cannot explain.  You have to live whether you want to live or not.  You have to keep going,” said Winter Bowden through tears.

“That pain, oh my God it’s unbearable. You have to get to know a new you, you’re not the person that you were before you lost your child,” said Bernice Reed.  Both of her sons, Demario and Tony, were killed.

Reed and Bowden are part of a group of mothers who are fed up.  They’re tired of begging for justice for their murdered children in press conferences.  And they are sick of going to funerals.

When Reed’s niece Sheronda lost her son in October, Rodney “Doughboy Roc” Yeargin was the ninth member of their family to be murdered.

“His life being snatched away has just caused an insurmountable amount of pain and heartache.  Physically, emotionally my heart literally aches every day,” said Sheronda Yeargin.

“I thought I’d be gone before either one of my kids.  And I just don’t want anybody else to feel that pain!!!!  It hurts.  And people don’t understand it’s not going to never stop hurting,” said Pat Neal, who’s son was murdered on Detroit’s west side in August 2017.

After watching the students from Parkland Florida take on the gun debate in their state capitol and with President Trump, these Detroit moms who have to live this loss every day have now decided to join the fight.

“I think there’s a hurt in everybody in our nation.  Whether your black or white, Republican or Democrat-- we want to live, we want to save our children; we want to save our communities.  And I think that because these children have the ear of the nation, I think we should stand with them.  Because one person can say a sentence, but 10,000 people saying the same sentence is so powerful. And change is on the horizon,” said Charisse Jones, who’s boyfriend was murdered.

Mothers like Bowden and Neal says they don’t want the government to take guns from lawful gun owners.  But they believe illegal guns and weapons like the AR-15s used in Florida and Las Vegas are just too easy to come by.

“We have people that can’t sleep at night, because we’re worried about the gun violence, we’re worried about retaliation, we’re worried.   So now at this point -- that’s why a lot of us are CPL holders just because we don’t know what the next man has.  I can’t go to the gas station in my own city – why?  Because we don’t know who’s sitting at the pump next to me, with this particular item on their hip.  Whether it’s across their chest with a 50 round drum or if it’s a 2 shooter on their hip – a bullet is a bullet and it has no name on it,” said Shawnteia Yeargin, whose nephew Rodney Yeargin’s murder is still unsolved.

Now these mothers have formed a Facebook group called FOLO: For Our Loved Ones.

“When you take a life, you kill the whole family,” said Bowden.  Her son Daren Lamonte Bowden was shot to death at the age of 19 in Flint.  It happened on January 29, 2014 and for his mother, it still feels like it happened yesterday.

These mothers hope to meet with lawmakers soon to find some solutions to mental illness and the lack of jobs in Detroit’s neighborhoods.  They also want everyone in Metro Detroit who may know something about a crime that’s been committed – or if they’ve noticed strange behavior in friend or neighbor – to speak up.

“Your neighbor, your friend around the corner, the one at the grocery store – you saw his intentions.  You already know – you slept with him; you woke up next to him.  Give us a call—[call] 911,” said Naomi Jennings, whose son Trenton Urvin Johnson, Jr. was murdered on April 2, 2010.

Crime Stoppers of Michigan is offering a reward for two of these murders that are still unsolved.

They are offering $2,500 for a tip that would solve the shooting death of Rodney “Doughboy Roc” Yeargin.  The 29-year-old Detroit rapper was shot inside a white Hyundai near Stoepell Street and Westfield Ave on Detroit’s west side on October 9, 2017.  Police believe he was robbed, and are still looking for his killer(s).

Crime Stoppers is also offering $2500 for information that solves the murder of Kenny Neal.   The 24-year-old’s body was found in a firebombed house on August 3, 107 in the 14000 block of Cruse Street on Detroit’s west side.  Neal had three jobs, including jobs at Comerica Park and Greenfield Market.

Please call 1-800-SPEAKUP if you know anything about these murders.