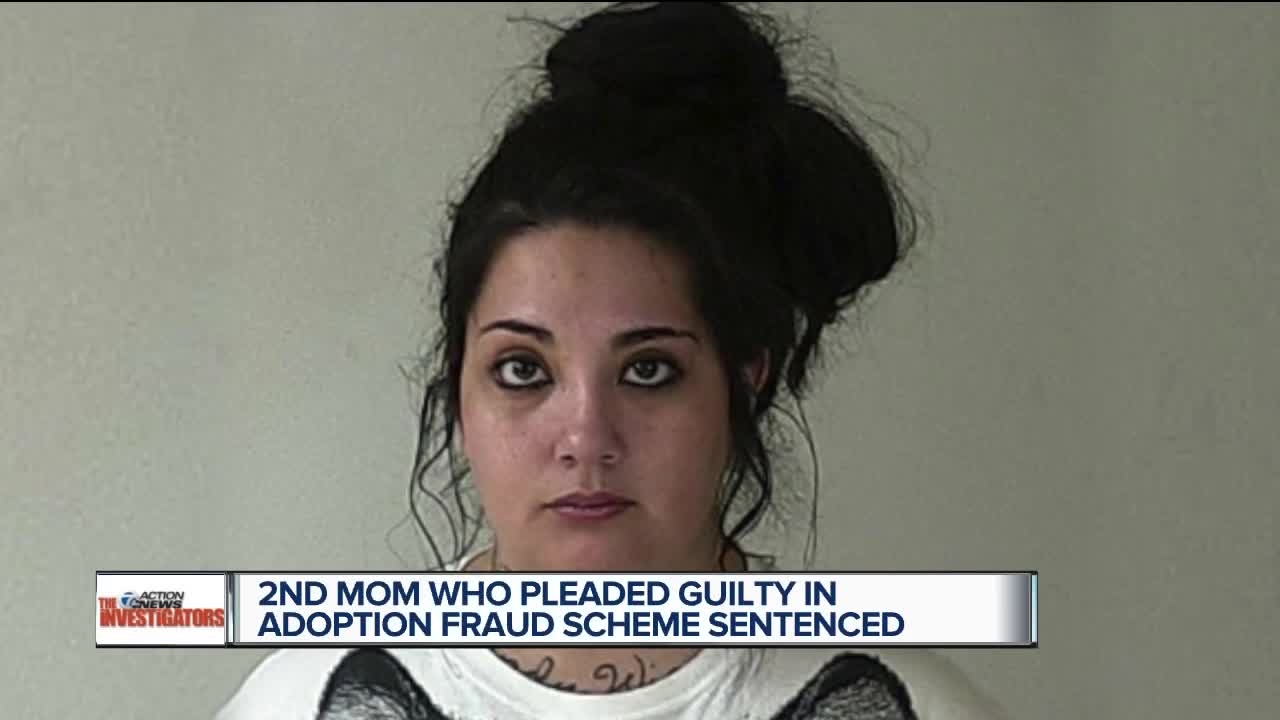 It was a nationwide adoption fraud scheme first exposed by the 7 Investigators. Now one of the women who posed as a pregnant woman looking to adopt out a baby that didn’t exist has learned her fate in federal court.

MACOMB CO., Mich. (WXYZ) — It was a nationwide adoption fraud scheme first exposed by the 7 Investigators. Now one of the local mothers who posed as a pregnant woman looking to adopt out her baby has learned her fate in federal court.

That phone call played a key part in the case against Enhelica Wiggins. On Wednesday, a judge sentenced her to 21 months in federal prison. U. S. District Court Judge Bernard Friedman also ordered Wiggins to pay $106,000 in restitution.

The 29-year-old from Saginaw pleaded guilty to wire fraud in October. As part of her plea agreement, Wiggins admitted her role in a nationwide adoption fraud scheme first exposed by the 7 investigators in 2017.

The feds say Tara Lynn Lee and Wiggins worked together to cheat couples who had been hoping to adopt babies out of thousands of dollars.

As part of her plea deal, Wiggins admitted that she posed as a fake birth mom named Shantal in a phone call obtained by the 7 Investigators.

In the recording made by Wiggins, Lee and Wiggins are heard talking to a woman in South Carolina; a woman desperate to adopt after she experienced a pregnancy loss.

Tara Lee: “Shantal are you there?”

Enhelica Wiggins: “Hi how are you doing?”

[Identity Withheld] “I’m good how are you feeling?”

Tara Lee: “So there’s an eating disorder. Shantal suffers from anorexia and bulimia, so they’re delivering the baby early because of the eating disorders, lack of nutrients – it’s the safety of the baby at this point. [Identity Withheld] “Okay.”

“I think they were a team making money for each other,” John Crouch told 7 Investigator Heather Catallo back in July.

Crouch, who lives in Fraser, says he and his wife were matched with Wiggins to adopt as well. They gave Lee $33,000. Crouch now says he’s relieved Wiggins will be behind bars and hopes she will get the help that she needs.

Once she serves her prison sentence, Wiggins will also be on supervised release for three years.

As for Lee, she is expected to learn her fate in front of the same federal judge in two weeks.